Casinos aren't just for gamblers anymore, as anyone who's spent time in Las Vegas lately can tell you. These days, families make their pilgrimages into the desert to enjoy kid-friendly music shows, browse sprawling outlet malls or just float around in the pool.

Though the latest reports note that gambling revenues make up an all-time low percentage of casino profits, the industry itself continues to thrive (despite the continuing effects of the recession, MGT Gaming Inc., a part of MGT Capital Investments, recently announced significant revenue increases from the casino industry throughout 2012), and more casinos keep popping up every year, from South Korea to Syria.

No matter how much G-rated entertainment Sin City assembles, though, the word "casino" will always conjure up a certain mystique -- a mystique bolstered in no small degree by films like Ocean's Eleven, Fear and Loathing in Las Vegas and, of course, Casino. But it's not just movies that lie at the root of our fascination with casinos. For some of us, it's the promise of striking it rich with that one lucky poker hand or dice roll. And as a matter of fact, in neurological terms, gambling is its own sort of drug.

See, deep within your brain lies a structure known as the anterior cingulate cortex (ACC), which is strongly implicated in weighing fact and emotion, and in viewing your desires through a lens of potential risks. A malfunctioning ACC may play a major part in disorders like schizophrenia, which can involve poor impulse control, whereas an overly active ACC may contribute to excessively harsh self-criticism.

The ACC's judgments don't stand alone, though; they can be influenced by a region known as the nucleus accumbens (NAcc), which "lights up" with activity when you anticipate a positive outcome. Gambling isn't the only activity that can help your NAcc skew your ACC's perceptions of risks and rewards, either; drug or alcohol abuse, or even falling in love, can dump large doses of chemicals like dopamine and glutamate into your brain and bloodstream, inspiring you to take risks you'd ordinarily think are ridiculous. 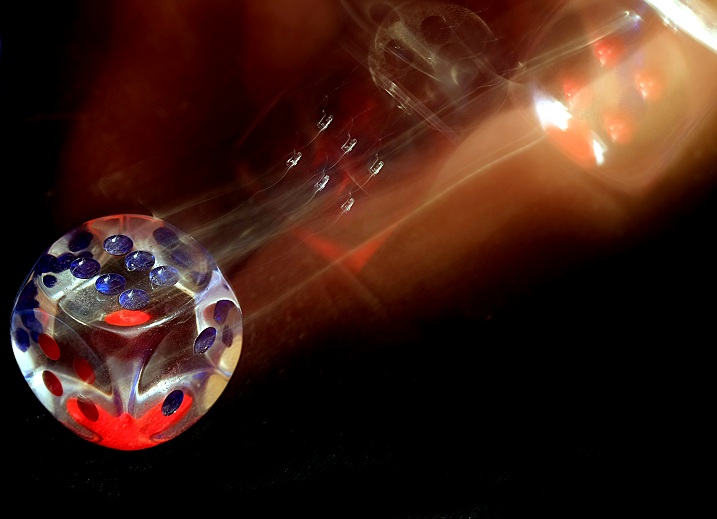 Though casino owners might not know much about the neuroscience behind their tactics, they know from experience that free alcohol and sexual temptation will flood customers with pleasurable chemicals and encourage gamblers to spend wads of cash in the hope of that next jolt of reward. Though our "natural highs" do have an evolutionary purpose -- inspiring us to act bravely under pressure, and to learn that some risks pay off -- even natural drugs can quickly become addictive in an environment that pushes our pleasure buttons nonstop.

And according to a recent study it's likely that post-traumatic stress disorder (PTSD) follows a somewhat similar neurological pattern. The study, published in the journal Neuropharmacology, explored the idea that both addiction and PTSD involve "spontaneous memory expression" -- in other words, memories of emotionally salient events that seem to spring up unbidden. Previous research has shown that exciting and frightening events probably activate a unique neural pathway that helps consolidate vivid memories into long-term storage. For a sensation-seeking gambler those could be memories of big wins, while for a traumatized soldier they might be flashbacks to the scene of a terrifying ambush.

This new study on PTSD, though, has uncovered some new pieces of the spontaneous-memory puzzle. A team led by Nicole Lauzon at Western University's Schulich School of Medicine & Dentistry has discovered that by blocking certain dopamine pathways, researchers can actually prevent experimental mice from having strong emotional reactions to pleasurable or traumatic memories. It'll take more research on humans before we fully understand whether this technique blocks out entire memories or just the emotions associated with them, but the good news is that researchers are starting to pin down a common pathway for memories with strong emotional resonance, whether that emotion is rewarding or terrifying.

If you've ever struggled with addiction, to gambling or any other pleasurable pastime, or if you'd just rather take in the sights without getting your wallet cleaned out, scientists have discovered some helpful ways for you to keep things in proper perspective. For instance, if you feel yourself getting caught up in the excitement, try distracting yourself with some mental arithmetic, or reflecting for a moment on what the odds of beating the house really are. Even taking time to focus on "being present" in your body reroutes attentional resources to parts of the brain that'll calm you down and distract you from irrational anticipation.

Of course, that's not to say that there's anything wrong with some excitement and risk taking on your next vacation, but as MGT Gaming's profits demonstrate, casinos are designed to come out ahead no matter how cleverly you play. At the same time the questions of what kind of experience you want to pay for -- and what you're willing to lose along the way -- are ones that only you can answer. And it pays to decide on those answers for yourself before you step under those dazzling lights.