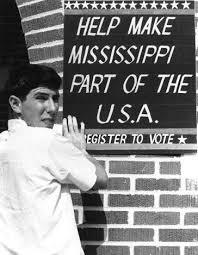 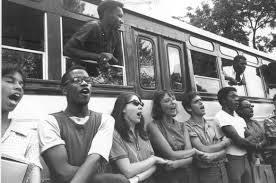 In the summer of 1964, nearly 1,000 college students from across the country traveled to Mississippi to carry out a dangerous mission. For 10 harrowing weeks over what came to be known as Mississippi Freedom Summer, they worked to help African American citizens exercise their Constitutional right to vote.

The mission was a direct challenge to centuries of white supremacist rule, and the response was predictably hostile. The young activists were subjected to verbal and physical assaults by enraged racists, and imprisonment by complicit law enforcement authorities. Three young men -- James Chaney, Andrew Goodman and Michael Schwerner -- were kidnapped and murdered.

This week, The Tavis Smiley Show from PRI will mark the 50th anniversary of Mississippi Freedom Summer by devoting our entire show to a roundtable conversation with three of its key players.

Rita Bender, the widow of Mickey Schwerner, was a Freedom Summer organizer from New York and a member of the Congress of Racial Equality (CORE). In this excerpt, Bender tells us why she and Schwerner decided to go to Mississippi in 1964.

Charlie Cobb was a field secretary for the Student Nonviolent Coordinating Committee (SNCC) and a major architect of the Freedom School Program, which brought education and political instruction to underserved African American communities. In this clip, Cobb talks about the selection process for volunteers.

Bob Moses was the field director for SNCC and director of its Mississippi Project. Here, he discusses the effect of the murders of Chaney, Goodman and Schwerner on the young volunteers.

The full conversation airs on the next edition of The Tavis Smiley Show from PRI. Be sure to listen on your local public radio station or at www.tavissmileyradio.com.