What is more romantic than roller coasters, screaming children and mouse ears? If you're Ryan Gosling, the answer is nothing.

The 30-year-old actor was spotted holding hands and kissing his "The Place Beyond the Pines" co-star Eva Mendes at Disneyland in Anaheim, California over the Labor Day weekend. The two looked cozy, going on rides and eating cotton candy, but we're betting this is all part of Gosling's plan to make the ladies really swoon.

As The Daily reports this isn't the first time the actor has brought a date to Disneyland. Last year Gosling took "Gossip Girl" actress Blake Liviely to Disneyland's Gibson Girl Ice Cream Parlor, and in 2009 the actor spent a day at the theme park with "2 Broke Girls" star Kat Dennings.

Gosling has spoken about his fondness for the 'House of Mouse' before.

In August he told Esquire that he "went through puberty in a theme park," referring to his short stint as a Mouseketeer on the reboot of the "The Mickey Mouse Club" alongside future stars Justin Timberlake, Britney Spears and Christina Aguilera.

"I'm grateful. That place was a landscape to me. I had adventures every day," he said of Disney World where the show taped." Backstage at Disney World, there are stories. Mickey Mouse with his head off, drinking coffee on break. Pirates on the phone. Ghosts in line for food. It just made me see things."

PHOTO GALLERY
Celebrities Hanging Out at Disneyland
Download
Calling all HuffPost superfans!
Sign up for membership to become a founding member and help shape HuffPost's next chapter
Join HuffPost 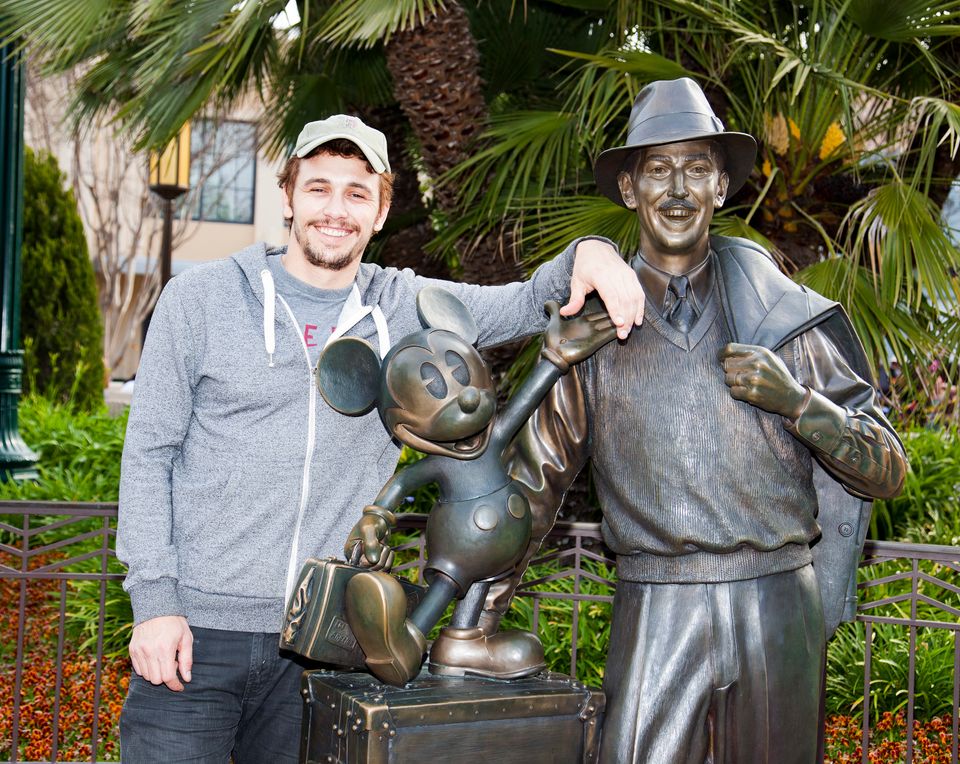