For Lynn Alderman, August is the cruelest month. It's the month her son, Joey, was born. It's also the month he was shot and killed three years ago in what authorities believe was an attempted robbery at a gas station.

"If I could, I would just sleep from July 31 until September 1," she told the Huffington Post. "On August 10, he died, and on the 23rd, it was his birthday. Having to deal with those days, it just hits you."

But this year, Alderman commemorated the month of August in an uplifting way. She channelled her despair to help other children in Joey's honor by providing 700 needy kids in her Charlotte, N.C., community with back-to-school shoes last weekend. She partnered with the organization Samaritan's Feet, a nonprofit that collects donated shoes and gives them to disadvantaged children all over the world. This year, the organization teamed up with Office Depot to donate 40,000 pairs of shoes domestically and 20,000 internationally as part of a back-to-school campaign.

When Lynn first heard about Samaritan's Feet, she said she thought it might be a good way to ensure Joey's legacy of kindness would have a lasting impact. Joey, a former Air Force member, was an avid basketball player, and his obsession with basketball shoes -- and shoes in general -- was a long-running family joke. Alderman thought donating some of his shoes to Samaritan's Feet would be the right move, but it was a challenging first step for her.

"For three days after I heard about Samaritan's Feet, I was crying and I wouldn't tell anyone why," she said. "In my head I was thinking I should give some of Joey's shoes to them. But I didn't want to say it out loud because I didn't want to give away any of his stuff. I kept papers and napkins he had written something down on. I just kept everything and didn't want to get rid of any of it."

Alderman said she had been trying to think of an idea for a foundation in his honor.

"At some point, everyone was going to forget Joey was here except me," she said. "Joey and I were really really close. He was my first son, and he and I had an incredible relationship. And he was just wonderful -- the type of guy who ditched his friends to take his little brother out to Chuck E. Cheese's instead. He'd bring flowers home for his mama."

Manny Ohonme, Samaritan's Feet co-founder and CEO, told her she didn't have to give his shoes away and that she would know when she was ready to give up Joey's belongings. He suggested she help provide shoes for other kids in his honor instead.

Samaritan's Feet also performs the ritual of washing a child's feet before lacing up his gifted shoes.

The organization is not religiously affiliated, but spirituality is part of the organization's humanitarian mission, Ohonme explained to the Huffington Post.

"This is the greatest example of service," he said. "And that's our model, which isn't just about spirituality, but also a display of humility. The greatest gift among us is to serve, and what better way to do than than to humble yourself in front of a child and wash their feet?"

Ohonme himself comes from humble roots. He was born in Nigeria and didn't own a pair of shoes until age nine.

"I was born in Western Africa in Nigeria. I was one of the kids on the Discovery Channel carrying a basket on my head and water in a cart."

A visiting Wisconsin-native who was there as an activist gave him his first pair of shoes, leading him to discover his talent in basketball. Ohonme eventually earned a scholarship to the University of North Dakota and then secured an executive position at a technology company.

To date, the organization has provided shoes to 10 million needy kids around the world.

For Lynn Alderman, just being able to affect one child in her community in Joey's name was enough.

"From washing a child's feet and giving them shoes, I learned that life is important. Children are important. Mundane details are important," she said. "We should all take care of each other and not hurt each other. I'm just going to carry with me the spirit that I'm doing these things and want to live a life that Joey would be proud of." 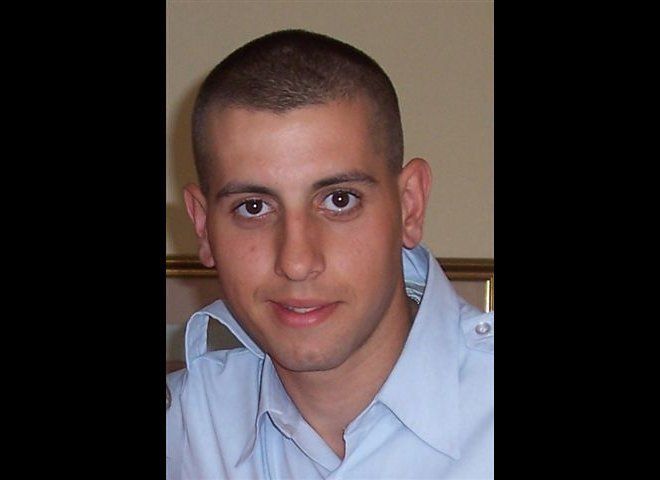 1 / 7
Joey Alderman
Alderman was shot and killed in Memphis three years ago. He loved basketball shoes, and his mother Lynn is donating shoes to needy kids in his honor.
Courtesy of family