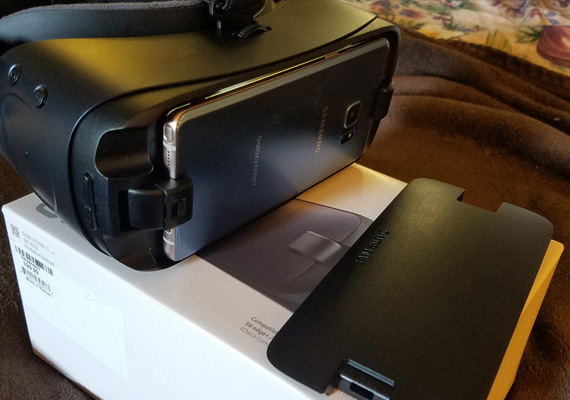 Perhaps I'll soon get a chance to tell my readers how much I love Samsung's new Galaxy Note 7. However, for the purposes of this article, I'm discussing two major accessories that arrived the same day as the Galaxy Note 7 - the updated Gear VR virtual reality headset and Samsung's first virtual reality camera, the Gear 360.

Earlier this year, I noted that my Gear VR mobile headset was gathering dust. It was uncomfortable on my head, the lenses fogged easily, and after the "cool" factor disappeared, it wasn't really all that immersive. On the other hand, the HTC Vive lets you actually walk, crawl, punch, duck, and slither in the virtual reality world.

However, as some of my readers told me, I shouldn't compare the Gear VR and the Vive; it's like comparing a smartphone to a computer. One is meant to be mobile and the other is meant to be tied by wires at your home. That's fair enough. But if Samsung couldn't get things right after three versions of the Gear VR, something was wrong.

Fortunately, Samsung has almost nailed it with the fourth version of the Gear VR, which will work with the brand new Note 7, Note 5, Galaxy S6, Galaxy S6 Edge, Galaxy S7, and Galaxy S7 Edge. It comes with different adapters since the Note 7 uses a USB-C connector instead of a micro-USB one. It's also looks better, fits better, operates better, and is easily worth the $99 Samsung charges for it.

The 2016 Gear VR isn't a huge upgrade, but it fixes so many small things that it almost feels like a different device. For one thing, the lenses fogging up isn't a huge issue anymore. If you have a sweaty head and use the new Gear VR in an air-conditioned room, you'll still see some fog on the lenses, but it won't completely ruin the experience like it does on previous Gear VR headsets.

Even though the 2016 Gear VR is slightly larger, it actually fits your head slightly better. And the screen is slightly clearer too, although the screen door effect is still there. Perhaps that may change when Samsung comes out with the Galaxy S8, which is said to have a 4K screen, next spring. For now, watching movies or 360 degree videos is a pleasure in the Gear VR. 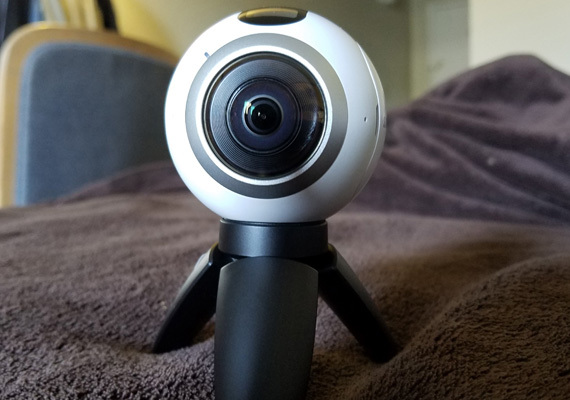 Speaking of 360 degree videos, Samsung has just released the Gear 360 camera, allowing you to take 360 degree pictures and videos so you can put yourself in the middle of them in your Gear VR. For some, the $350 price tag is low enough to get them started in taking virtual reality videos and pictures. But the quality, unfortunately, is dismal.

The Gear 360 really seems to have a lot going for it. The robot-like design and the fact you can operate the camera from your Galaxy S7, S7 Edge, or Galaxy Note 7 is a plus. You don't need any complex software to stitch your pictures or videos together; the Gear 360 Manager on your smartphone automatically does it for you. All you have to do is stick your Samsung smartphone in your Gear VR and prepare to enter the virtual reality world you just made.

Unfortunately, the videos, which are supposed to be 4K, put you in the middle of a world that looks like a VHS-quality video from the 1980s. The pictures are slightly better. It's true that the Gear VR is limited in showing videos and pictures in a Quad HD resolution at the most. However, that shouldn't matter. There have been several Quad HD resolution 360 degree videos that look much better on the Gear VR than the 4K videos from the Gear 360.

Those who don't plan on viewing their pictures and videos in a VR headset may be satisfied with viewing their shots on a regular 4K monitor. Those who want to get their feet wet in shooting home 360 degree pictures and videos may see the lower-than-expected quality as a necessary compromise. However, those who love Samsung and know what the Korean company is capable of won't go for second best. Let's hope the next version of the Gear 360 is greatly improved.