What exactly did Ellen Henry photograph in the sky above Santee, Calif., on May 7?

"It was clear and certainly not a bug," Henry told local ABC TV affiliate News 10.

Henry is a member of the Santee Historical Society (SHS) located in San Diego County and, according to the SanteePatch, was taking pictures of a historical building, the Edgemoor Barn. 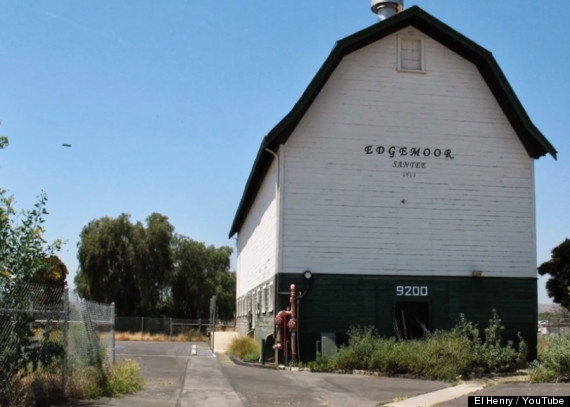 "I was at the Edgemoor property, in the middle of the day, to take pics of the barn to update the SHS barn logo. I was constantly looking up and around the area, including the sky's background, so I can get it just right, and not at anytime did I see anything in the sky or heard a sound of an aircraft," she said.

It wasn't until after she took the picture that Henry realized her camera had captured something else that she hadn't previously seen.

"I noticed a 'speck' on my LCD screen after I took the shot to check for clarity, and only realized it wasn't a speck when I downloaded it on my computer." 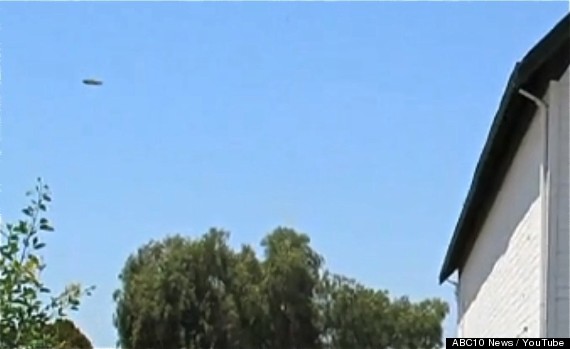 The Edgemoor Barn -- now a museum -- just celebrated its 100th birthday. It was once part of a hospital facility and has developed a reputation for paranormal activity, including alleged ghost sightings.

Check out this ABC 10 News report about the Santee UFO:

"The barn sits under several flight paths," said Janet Kwak in her on-air 10News report. "We called Gillespie Field and MCAS Miramar (Marine Corps Air Station), but neither could offer an explanation."

"There is no way this was a commercial aircraft," Henry said. "I would have heard it, especially as low as it seemed to be. Someone did mention perhaps it was a drone. However, I have not seen any drones that were round or oval, and lacking wings, rudders or propellers -- even the drone that looks like a fly has wings."

Another unusual thing happened: Henry reports that right after she snapped the UFO, her camera mysteriously stopped working.

Check out this collection of UFO videos from around the world: