Good morning boys and girls, your pal, Pee-wee Herman here. Normally I would end that sentence with an exclamation point or two, but in light of what is happening in the northeastern part of our country, I am feeling very subdued. In case you've been boycotting television because of all those annoying negative campaign ads, you may not have heard that a ferocious hurricane hit the east coast of the United States last week. It was referred to as Frankenstorm. In fact, it was so ferocious they named it "Sandy." Personally, I've never trusted anyone named Sandy, except for, well, Sandy from Grease. The incredible widespread destruction of this hurricane stretches over many states and affects millions and millions of people.

I just saw on the news that the storm decimated the FunTown Amusement Pier in Seaside Heights, New Jersey on the Jersey Shore. Before the hurricane, FunTown Amusement Pier was, alongside Disneyworld and my Playhouse, on my list of the happiest places on Earth. Thousands of kids grew up on the rides and games at FunTown Amusement Pier. The Bumper Cars, the Giant Wheel, the Tower of Fear, the Fun Slide, The Top Spin -- stuff that dreams are made of. Along with everything else that's been dramatically altered, it's my hope that FunTown Amusement Pier is rebuilt and rebuilt soon, because it's too special of a place to be gone forever. It lives in the heart of all of us who spent a Friday or Saturday night, seeing how long we could spin on the Tilt-A-Whirl before throwing up.

The last time I went to the Jersey Shore, one of my closest friends who may or may not be Mike "the Situation" Sorrentino, took me for frozen custard at Kohr's Frozen Custard, Inc. Now, maybe you're one of those people who think all frozen dairy is either ice cream or yogurt. Well, I've got news for you, there's another form, another whole sub-group, a vastly superior alternative if you will, that's tastier than all the rest. And it's called Frozen Custard. Repeat it silently, along with me. Even though we're not physically together right now. Frozen Custard...

Let me be even clearer if you're still thinking there's not much difference between ice cream and frozen custard. If that's what you're still thinking, you are sadly mistaken. The Food and Drug Administration insists products billed as frozen custard must contain at least 10 percent milkfat and 1.4 percent egg yolk solids. If it has fewer egg yolk solids, it is considered ice cream.

I would buy everyone in the world right now a frozen custard, just so they would realize how special the Jersey Shore is. And then they would donate whatever they could afford to the American Red Cross. 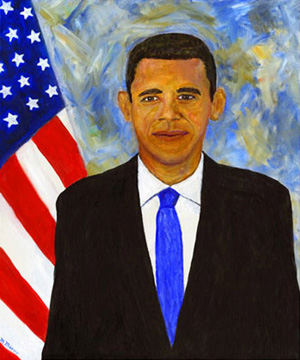 And while I have your attention as a blogger, please keep reading, for my presidential endorsement. Unless, of course, you're one of those people who believe celebrities should shut up and sing. Then please view this clip of me singing "Bird is the Word" and/or "Girl on the Flying Trapeze."

For the rest of you, who have been waiting patiently, for who, I, Pee-wee Herman, believe is the most qualified candidate between President Obama and Governor Mitt Romney, well, I've finally decided.

For me, this election is like the choice between store-bought ice cream (maybe even diet Ice Milk), and mouth-watering, homemade, unbelievably delicious frozen custard. How did I arrive at this conclusion?

This week President Obama was working hard alongside Governor Bruce Springsteen of New Jersey (boy, he sure has gained some weight) to help the people most in need. It struck me that the choice I'll be making Tuesday is like going for store-bought ice cream when it's obvious what you really need is homemade frozen custard. President Obama is like the delicious frozen custard you'd get at Kohr's. President Obama has the 1.4 percent egg yolk solids needed to run this country.

To everyone affected by the hurricane, I send support and wishes for both physical and mental recovery. And good luck.

Please vote and give to the Red Cross. I love you all.