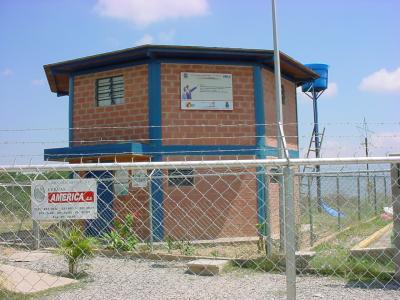 "You must turn in your passport!" So they told him on arriving in Caracas, to prevent him from making it to the border and deserting. In the same airport they read him the rules: "You cannot say that you are Cuban, you can't walk down the street in your medical clothes, and it's best to avoid interacting with Venezuelans." Days later he understood that his mission was a political one, because more than curing some heart problem or lung infection, he was supposed to examine consciences, probe voting intentions.

In Venezuela he also came across the corruption of some of those leading the Barrio Adentro Project. The "shrewd ones" here become the "scoundrels" there, grabbing power, influence, money, and even pressuring the female doctors and nurses who travel alone to become their concubines. They placed him together with six colleagues in a cramped room and warned them that if they were to die -- victims of all the violence out there -- they would be listed as deserters. But it didn't depress him. At the end of the day he was only 28 and this was his first time escaping from parental protection, the extreme apathy of his neighborhood, and the shortages in the hospital where he worked.

A month after arriving, they gave him an identity card, telling him that with it he could vote in the upcoming elections. At a quick meeting someone spoke about the hard blow it would be to Cuba to lose such an important ally in Latin America. "You are soldiers of the fatherland," they shouted at them, and as such, "you must guarantee that the red tide prevails at the polls."

The days when he thought he would save lives or relieve suffering are long gone. He just wants to go home, return to the protection of his family, tell his friends the truth, but for now he can't. Beforehand, he must stand in line at the polls, show his support for the Venezuelan Socialist Party, hit the screen with his thumb as a sign of agreement. He counts the days until the last Sunday in September, thinking that after that he can go home.