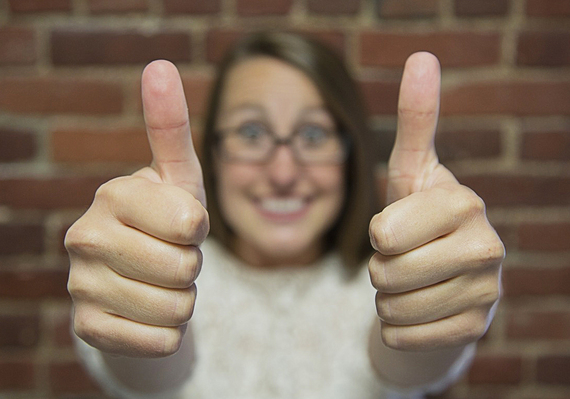 How many people love to fail?

Is that *crickets* I hear?

One of the biggest things that holds people back from achieving their dreams is a fear of failure. This fear is powerful - it can motivate you to spend a lot of time and a lot of money trying to figure out how you can possibly reach your goals without failing.

On the surface, that sounds reasonable, right? Who wants put in all the effort to fail at their big dream?

We learn early in our lives, in school, that failing is the opposite of excellence. This idea of failure is repeated and reinforced in our culture. On social media, any type of bungle or "missing the mark" is immortalized as a #fail or #epicfail.

In a climate like this, why would you ever choose to fail?

If a failure happens, you can go online and find lots of information that claims to help you get past failure.

But all the strategies in the world aren't going to make a difference if you don't get to the root of the problem because the root is what's driving your reaction to failure. You wouldn't need millions of options on how to recover from failure if failure weren't a problem.

So, why is failure a problem?
Why is failure something we need to overcome?
Why do we try so hard to avoid it?

The definition of failure is not meeting a desired or intended objective.

Something didn't turn out as we expected. That doesn't sound so problematic. And yet many people will aim low or not try at all in order to avoid failing.

Here's the thing: we avoid failure because we don't like the way it feels. We want to avoid the negative emotions that are associated with failing - like feeling disappointed, embarrassed, irresponsible, incapable, weak, or worthless (to name a few).

But this is where it gets interesting. These feelings that are associated with failure? They aren't caused by the situation you're in, they are caused your thinking.

If you take some action and you get a result and the result is not what you wanted, what happens next is you make it mean something. You have a belief about what it means when the result is not your intended outcome.

You may not be aware of the thoughts that are creating the emotions, only that
1) Not meeting an expectation happens
2) You feel crappy

And because you don't want to feel the feelings that come up in #2, you do whatever you can to avoid #1.

This is the root of our fear of failure: we make not meeting an objective to mean something that hurts, and we want to avoid feeling the uncomfortable emotions that come up.

Because our thinking creates the emotions, we're avoiding something that we're actually the cause of.

There's a story about Thomas Edison that illustrates the difference that framing failure makes. A business associate visited Edison's research lab and told the story:

"I then learned that he had thus made over nine thousand experiments in trying to devise this new type of storage battery, but had not produced a single thing that promised to solve the question. In view of this immense amount of thought and labor, my sympathy got the better of my judgment, and I said:
Isn't it a shame that with the tremendous amount of work you have done you haven't been able to get any results?
Edison turned on me like a flash, and with a smile replied:
Results! Why, man, I have gotten a lot of results! I know several thousand things that won't work."

You determine what your experience of failure will be by how you think about it.

When fear of failure takes hold, it creates so much resistance against taking any action that feels risky and vulnerable. If you're waiting for your brain to say "OK, now we're ready!" before you move, you'll never get started.

By trying to avoid failure, you often end up acting in ways that guarantee it. Avoiding failure is avoiding success.

Is failure something you can welcome?

Failure is a skill to develop. If you're good at falling down and getting back up, you'll be confident going into new situations because you know you'll be OK no matter what happens.

More:
GPS For The SoulfailuresuccessDreams
Newsletter Sign Up
An essential daily guide to achieving the good life
Subscribe to our lifestyle email.
Successfully Subscribed!
Realness delivered to your inbox