We've been seeing a lot of Mick Jagger, Keith Richards and the rest of the Rolling Stones crew lately. This year, the English rock troupe is celebrating 50 years of mega-stardom in the music industry, an anniversary that makes them longest-running Rock and Roll Hall of Fame band in history. Now the quartet -- including Jagger, Richards, Charlie Watts and Ronnie Wood -- are heading on tour to celebrate the milestone.

One visual artist who is particularly excited for the band's big year is German artist, Sebastion Kruger. A self-professed "New Pop Realist" and friend of the Stones, Kruger has been creating playful portraits of Jagger and company since the early days of his career as a caricaturist.

From cartoonish renderings to highly detailed, surreal versions of the wrinkled rockers, the artworks are a hilarious take on the pop culture icons.

Kruger himself will be turning 50 years old this year, which seems fitting. Scroll through the images below and let us know what you think of his rock 'n' roll portraits in the comments. 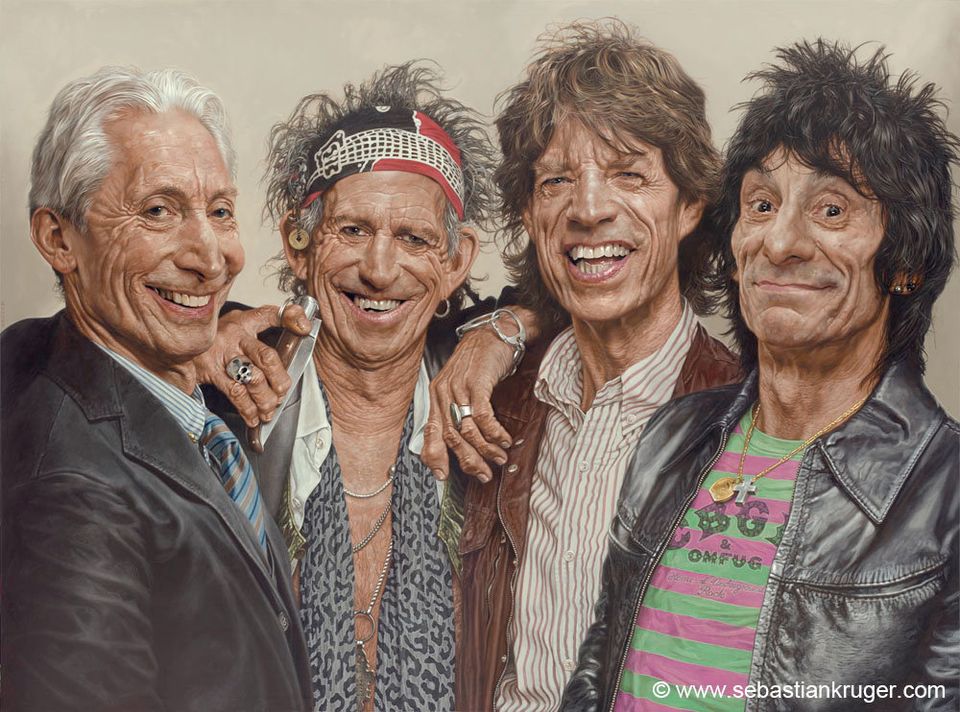