I could describe the shirt if I had to, but only only in a way that would expose my vague awareness of the fundamental tenets of fashion. I don't know the style, material or pattern. I don't know where she bought it. I don't know how much it cost. I don't know what I spilled on it or where the spill occurred, though we were probably at the airport eating fish tacos an hour after our flight was scheduled to leave, which it did, despite the fact that we weren't on it.

I never check my luggage because I don't own any luggage, I own a backpack. I keep it light and dense because I'm lazy and I hate carrying things. I usually plan on wearing at least one pair of boxers for more than one day. The same goes for t-shirts and everything else. So the importance of removing the stain wasn't lost upon waking in Los Angeles the next day, especially after we discovered a massive chocolate blob on the other indescribable shirt I'd brought with me. It seems my hands had adopted a pretty casual attitude toward putting food in my face and, as a result, I was taking a nose dive into a total wardrobe malfunction, an assertion that can only be true if we all agree to be very liberal in our understanding of the word "wardrobe."

Don't worry, I survived the weekend.

With one backyard barbecue left on Monday, I'd already doubled-down on an old, striped Patagonia polo. The chocolate-blob button-down was still out of the question. The cleanest thing I had was, you guessed it, the shirt from the airport. Now, I'd rather smell bad than look stupid, so it took a while for Emily to talk me out of making a run at the Memorial Day Weekend Patagonia Triple Play, an award that I made up in the moment and never knew I wanted until she said I couldn't have it. Of course, it didn't help that she was arguing on behalf of her favorite shirt. Even more of course, she had bought it for me, so she was also arguing on her own behalf. Cut to me sitting in the car while she ran into the store to pick up a stain stick because ice water hadn't done the trick.

A stain is the worst kind of distraction because every time you look at it, you're focusing on a mistake. So I stared at my belly button as Emily teased her hair in the full-length bedroom mirror. "It's still there," I announced. "Let me see," she said. "Barely. You look adorable." We were already late for the barbecue. I reached for the stain stick again. "You'll stretch the fabric if you keep at it." She pulled it from my hand and stuffed it in her bra for safe keeping. We locked eyes for a moment. It got pretty intense. "Are we about to have sex?" I asked. "No," she laughed. "Stand here and look in the mirror." I saw my pants. I looked at my shoes. She straightened the collar of my shirt. "See?" she said, halfway between me and the mirror; halfway between a question and a command. "Stop looking at it."

We drove away from the city, into a grid of quiet streets lined by rows of ranch house after ranch house. There were no second stories, no basements to explore. They were modest homes on the surface of the earth. We found the one we were looking for and Lucy greeted us at the door.

Brian was in the backyard by the grill without an apron, standing barefoot on a lawn made of astroturf. Scattered around, young adults talked about entertainment while ashing their cigarettes into empty beer cans. Someone slid the door open, leaving just enough room for the dog to slip outside. We turned our heads in unison to watch him get away. I really wanted the dog to poop on that plastic grass, just to see how they would clean it up. Imagine a world where you only have to water the lawn when it gets dirty, said the astroturf salesman inside my head.

The picnic table was covered with trays and bowls full of accidents waiting to happen. I avoided it like the plague. Emily bounced around the grounds while I spent some time talking to the lonely guy in the corner. It wouldn't be unfair of him to say the same of me. I withdrew from the conversation and joined Emily, who had settled into a chair next to a scruffy guy named Paul. He looked at me and said, "Hey man, I really like that shirt." The timing was highly suspect. So this guy's either a psychic or a savant, I thought. Are you reading my mind right now? I said inside my head, just to double check. Emily smiled at me, then she turned and smiled at Paul. He had a smile on his face, too. Everyone was smiling. I'm not sure what my face was doing. I was so f*cking confused.

My thoughts were scattered, like a fistful of darts thrown all at once. What if I'd left for the airport on time? I would've been sooo hungry on the plane. There were no meals on the flight, though they did let me keep the whole can of soda. Then again, this shirt would be clean. Apparently, I'm the only one who gives a shit. Paul's shirt is pretty awesome. Also, Joe, you own two backpacks. The other one is way bigger and it's sitting in your apartment, you moron. Is that tree over there for real? It's next to a synthetic lawn, so... Emily put her her hand on my arm, inviting me back into the conversation. I decided the tree was real enough. It cast a shadow, just like every other tree in the world, and it was far more concrete than the shadow of the enormous bag that I'd left empty in New York. I was unaware, until then, that its shadow had stretched across the country, hovering over every misstep I had made, most of all above the stain that I couldn't wash away. But Emily's eyes were just as bright as the California sun, and I was being summoned, so I stepped out of the shade. 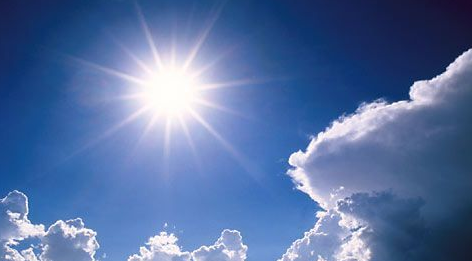