Earlier this year, the City of New York helped SAGE (the nonprofit Services and Advocacy for Gay, Lesbian, Bisexual and Transgender Elders) open five senior centers focused on meeting the needs of LGBT seniors. While many felt it was an important way to reach those who feel discriminated against in conventional senior centers, some were outraged. 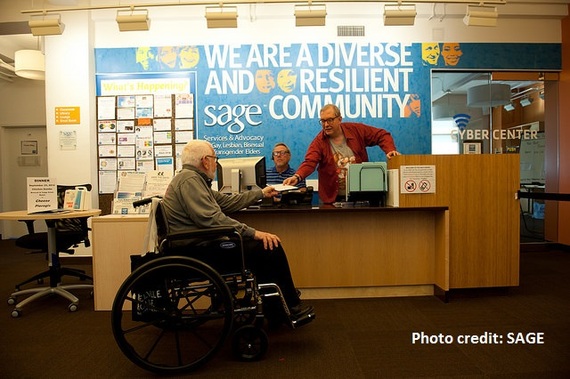 "The last time I checked, they're all humans, and if they're senior citizens they can go to any senior center," said Chairman Long. "The very same people talking about diversity are now creating segregated senior citizen centers for a special class of people."

Does Chairman Long have a point? Are we at a "post-gay" point in history when LGBT Americans are so well accepted and integrated into society that there is no longer a need for places like this? 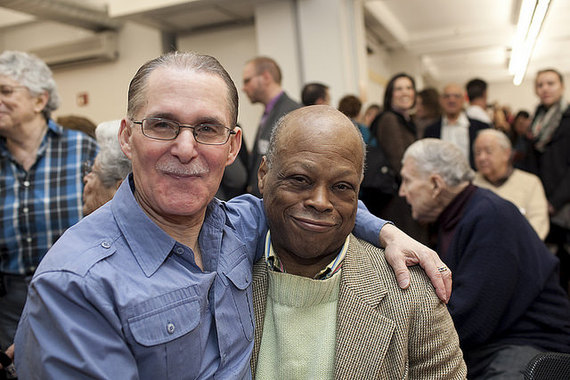 I would say no, or at least, not yet. As a gay man in his mid-60s I still hope we will get there, but I also can't forget the struggles that have taken place during my own lifetime, struggles that do indeed make the older LGBT community special.

I grew up in a prototypical post-war suburban community. It wasn't completely like Ozzie and Harriet or Leave It to Beaver, but it was close enough.

That sense of safety shattered in the early 1960s when we received a call in the middle of the night for my father to come to the police station. Dad came from a dysfunctional family, but there was one person that everyone loved -- his youngest brother, Harold. He was a sweet and gentle person who always was concerned about others. And he was gay. He had received a dishonorable discharge from the Navy for being gay at a time when no employer would hire "someone like that." He wasn't out in the sense we use the term today and we never talked about it, but we all knew, and he managed to build a career managing country clubs while remaining "single."

One night while Uncle Harold was standing outside a gay bar, he was shot and killed. The call was for my father to identify the body. When the grieving family gathered at the police station, they asked about the investigation. The answer they got was a chilling reminder of the value placed on the life of an LGBT person in those days: "What did he expect if he goes to places like that?" He was just another dead queer. There was no investigation, no arrests, no closure -- no nothing.

Other than Uncle Harold, I never knew a gay person growing up. Certainly there were the horrible jokes about perverts and fairies but it was so hidden that we could have been talking about an exotic tribe on another continent. Like most in that era, I worked hard to suppress any feelings that were emerging. Looking back, my predominant memory is not discrimination but silence -- a profound, enormous wall of silence that separated those of us who struggled with our feelings from those who were "normal."

But far from where I lived, things were stirring. In 1969, the year I graduated from high school, the drag queens and hustlers at Greenwich Village's Stonewall Inn -- an unlikely group of heroes --fought back against police harassment and launched the movement for LGBT rights in the United States.

When I was in college, there was tumult on many fronts: the movement for women's rights, for civil rights, and against the Vietnam war. Sexual liberation was in the air, but it was often just a reinforcement of traditional male fantasies about what uninhibited sex could be. When the first edition of The Joy of Sex came out in 1972, much of it was eye-opening and some of it was ridiculous (naked sex on horseback? Really?), but homosexuality was summarily dismissed as a "hang-up." The message from the other popular book sex manual of the time, David Reuben's Everything You Always Wanted To Know About Sex* (*But Were Afraid To Ask) also embraced sexual liberation but was vicious when it came to gays:

The homosexual must constantly search for the one man, the one penis, the one experience, that will satisfy him. Tragically there is no possibility of satisfaction because the formula is wrong.... He is in a difficult position--condemned eternally to search after what does not exist--after what never existed.

I remember feeling that someone had kicked me in the stomach when I read that passage. Sex is liberating, fun, and open to all sorts of expression -- but not for gay people. Was that the fate to which we were doomed?

Other obstacles posed real danger. In the field of psychiatry, homosexuality was officially classified as a "sociopathic personality disturbance," meaning that, in many states, LGBT persons could be involuntarily (and indefinitely) committed to a mental institution by their families until they were "cured." This was only reversed in 1973.

In the late 1970s, when I finished graduate school, the shadow of AIDS began to fall. For those of us who are now old, the experience of AIDS was and remains searing -- a whole generation of friends and loved ones is missing.

Paradoxically, AIDS also led to a more organized, activist, and public LGBT movement. We finally realized that nothing was going to be handed to us. We had to make it happen ourselves. But for that to happen, we as individuals had to come out of the closet. That pivotal, individual, and often painful decision is one that every LGBT person has to face. It is one of the things that makes us different. 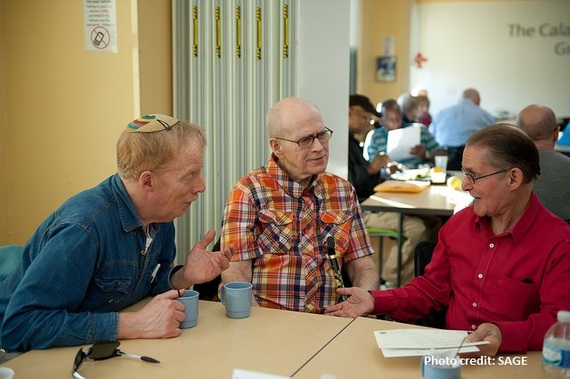 Those of my generation in the LGBT community are among the first to have the privilege of living much of our lives out in the open. Our collective history is full of triumphs, heartbreak, stupid mistakes, and the joy of living a life that can be as "normal" as anyone else's. But whatever the cost, it is our history, and we are no longer willing to let others write it for us.

So yes, Chairman Long, we are special. And yes, sometimes we need special help to meet our needs, and, just as our tax dollars support others in need, we appreciate that help. We've earned the respect and recognition that these senior centers represent.

And my own story has a happy ending: This June, in Virginia, the heart of the Confederacy, my partner of 17 years and I were legally married. Two weeks later, the Supreme Court made same gender marriage the law of the land. Doesn't get more special than that.

For more information and resources on LGBT aging, contact the National Resource Center on LGBT Aging