On the fifth memoir of the revolution, young actor Ahmed Malek, and satirist and correspondent at an Egyptian local TV show, Shady Abu Zaid, hit the street with condom balloons as a sarcastic gratitude way to the police on the national holiday of Police Day in Egypt.

And now they're both being chased by Egyptian authorities. 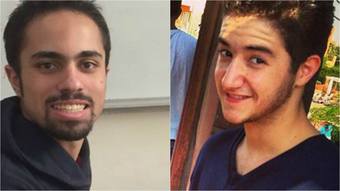 Worthy of noting, Abu-Zaid and Malek were both revolutionaries and were both injured, Abu-Zaid more than once, by the police during the revolution on January 25th, 2011, and during the conflicts of its aftermath.

Not that I say it makes up for what they did. Yes, I agree you might have a right to see that what they did was a taboo that violated the oh-so-great-ethics in the country. Fine, I will not argue with that. But here's what always throws me off: Because of a prank, a disreputable, immoral and an unethical prank, they deserve to have hell turned on them, to have every institution harass them, to be chased after, and to eventually be dragged to prison?

The regime takes out our - the revolutionary generation - rights to speak. They handcuff us, they murder our friends, they rape our sisters, they injure us with cartouche or rubber bullets, they pretend they support us when they need us for a certain message, and turn against us as soon as we show or say something that they don't tolerate. Yet they get away with it. Always. Because in their mind, these actions are not a taboo. Because in their mind, anyone with a different mind than theirs, is a traitor, a country-hater, and someone who wants to establish instability.

But you know what? This isn't the case.

The regime thinks it's strong. They think they got it all taken care of and covered and under control... but this isn't the case. Not anymore at least. The fact that every single institution of the country has been infected with a frenzy against what Malek and Abu-Zaid did shows nothing but weakness. The regime is scared to death of hearing anyone speak something that they don't want to hear. They're scared to death of admitting how weak they are so they instead take the easy way by threatening and bringing all oppositions to jail. They're scared to death, because they know, they know our generation is much stronger.

We have tried, believe me, more than once we have tried to ignore, or to see the beautiful country that the regime has created in its mind, but we couldn't. We tried and we couldn't. You know why? Because the revolution wasn't just a phase. There, during those 18 days and the two years afterwards, there connects us our friends, whom the regime murdered; our brothers, whom they imprisoned; our sisters, whom they raped; our children; whom they made orphans. We can't forget. We can't forget and we won't forget. We won't stay silent for long. Because again, and again, we're waiting for the right moment, and when that moment comes we'll be out of it, because the oppression level would have reached its highest maximum. And not thousands of the regime's police would be able to stop us. 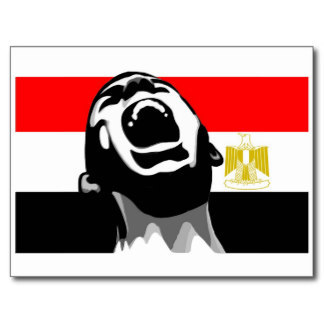 The regime created a huge dilemma out of a prank carried by two people in their early twenties, and in this process, Abu Zaid's followers on Facebook boosted up. His post following the hassle reached tens of thousands of likes and shares in almost no time. Because that's how it works. For the regime, they freak and back out. For us, the flame lights up more. We become angrier, more outraged, and more resentful to the regime. If the regime tries to put out an idea, it increases. Simple as that. That's just how it works with us. The regime can choose not to believe it now. But they will come to witness it. Again. Some day. And I only hope that the main thing that's holding us right now from rising up again is, not the fear of this regime, but because we have realized our past mistakes and are structuring a plan so we can start building the country we've long dreamt of living in.