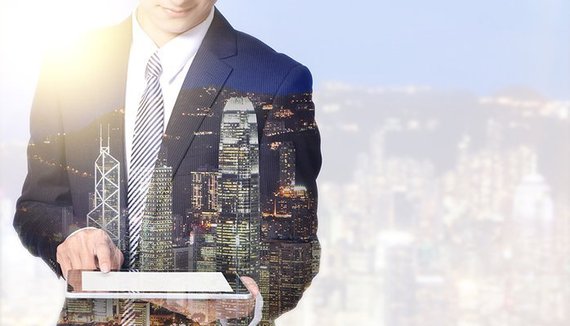 By sheer definition, the word "impossible" connotes something that simply cannot be done. But we all know the impossible isn't completely out of our reach; for centuries, humans have been achieving the so-called "impossible" by developing conceptual understanding and making visible that which we've been previously unable to see and conceive of. When we develop this sort of understanding, previously unknown opportunities and solutions become clear -- and then, doing the impossible becomes just a matter of commonsense problem solving.

An everyday iteration of this concept is being seen in cities across the globe as data analytics and technological innovations are providing new levels of clarity when it comes to issues like sustainability, pollution, energy conservation, and crime. As these tech developments give us greater insight into how the many different facets of our cities truly function, both local leaders and major companies are gaining the Foresight to come up with myriad solutions, thus creating "smart cities."

Statistically speaking, cities themselves present an array of challenges: according to a report by Verizon Wireless, fully 54% of the world's population now lives in cities, meaning these cities are responsible for 75% of the world's energy consumption. Further still, these numbers mean our urban resources -- from water, to energy, to policemen and women -- are under considerable, unsustainable strain.

However, high-speed data analytics, in allowing urbanites to more clearly see their resource consumption and utilization leading to clear, pragmatic solutions to the many crises our cities may face. Therefore, these crises can be considered part of a Soft Trend -- a pattern that isn't necessarily set in stone, one we can change through Anticipatory thinking and technological prowess. Essentially, by using high-speed data analytics and placing sensors all around cities -- making these cities a part of the Internet of Things (IoT) -- we can transform our cities into smart cities.

An example: according to the same Verizon report, a full 40% of municipal energy costs comes from street lighting -- not many people would've realized that before data analytics made it abundantly clear. The company did a recent experiment in Lansing, Michigan, building a "smart street lighting" system by installing things like LEDs and motion sensors, and by monitoring energy consumption by the city's lighting and power infrastructures. As a result, the city of Lansing saw a 70% cost reduction in energy consumption from street lighting, complemented by a 30% reduction in outages and a 65% reduction in outage duration.

Another fantastic example of this idea relates to parking. Now, if you've ever driven through a city, especially a major one like Chicago, New York, or Los Angeles, you know finding a parking spot can be a purgatorial experience -- driving in circles, praying desperately for someone to pull out of a spot, seething with breathless rage when the driver in front of you goes for the very spot you'd had in mind. It turns out that 30% of traffic congestion in cities is actually caused by people looking for parking spaces -- and this congestion, overall, represents a loss over more than $121 billion in the US. Verizon decided to run an experiment in Ellicott City, Maryland, in which they used IoT to develop smart parking apps, which let drivers know when parking spots became available nearby. Using this app reduced the time drivers spent looking for spots by 43%, and overall congestion by 10%.

In a similar endeavor, Verizon has been developing smart traffic grids in some cities, using IoT to create intelligent stoplights that monitor traffic flow. In these cities, travel time and congestion have been reduced by 20%, thanks to these "smart lights." Of course, reductions in travel time and congestion equate to a drop in the emission of greenhouse gases, as well as improved air quality.

These developments can also be utilized in resource conservation, which is paramount to cities the world over. Even something as simple as a "smart meter" for energy or water usage can drastically reduce costs and conserve resources by 20 to 25%. Back in Lansing, Verizon Wireless used this smart tech in confluence with IoT to connect water, light, security, and legacy systems into a Smart Grid, diminishing overall energy costs by 15% and emissions by 20%. The company even created solar-powered benches, which allow citizens to charge their devices outdoors. And because these benches are off the grid, there was a 100% reduction in energy costs.

While getting citizens to truly care about conservation and sustainability in their cities might be somewhat of a sisyphean task, it's a safe bet to say pretty much everyone cares about local crime. We look at a country like England -- which, with roughly one CCTV camera for every 11 citizens, has become known as the "most watched country in the world" -- and conjure up Orwellian images and rhetoric of Big Brother tracking our every move. But the stats speak for themselves: when Verizon installed CCTV video monitoring in several U.S. cities, using edge storage, compression, and analytics to create real-time situational awareness, crime was reduced across the board by 5 to 20%, and these cities saved an average of $1.50 for every dollar spent.

But this notion of saving money in the long run by spending a little bit of money now seems largely lost on many cities. In suburbia, we're starting to see the advent of houses with smart tech built in, houses that rely on IoT and mobile technology to be safer and more energy-efficient. But these houses are usually reserved for the affluent, who don't mind spending a little bit of money now to save a much greater amount in the future.

By refusing to make these simple financial concessions, city leaders are essentially using yesterday's thinking to solve tomorrow's problems today. Saying "no" to developmental expenses used to gain politicians popularity but now, it's turning them into financial and environmental liabilities; it's much more expensive, these days, to say "no" to the kind of technology that stands to provide huge quality-of-life increases for your city.

Part of changing this system of governmental city management relies on education, around making the invisible visible to create flashes of Foresight for people from mayors to city planners. The local heroes of tomorrow, the ones who get re-elected and really push their cities forward, will have adopted these methods and this new technology to the benefit of their cities and the people they serve.