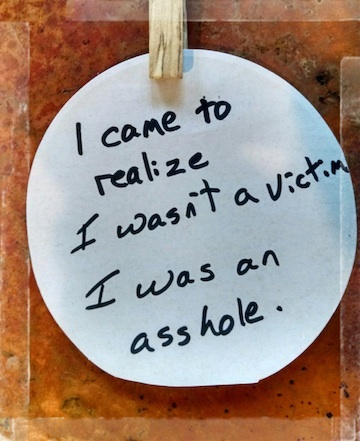 I have, for a lot of my life, suffered from a victim complex -- you know the one, where everything in your life is someone else's fault. It is only now, a good six years after my second divorce that I am starting to see how I was no treat to live with.

Oh, I knew I had made mistakes, I just thought the other person had made more. We were both wrong, but I was clearly less wrong. Or was I? 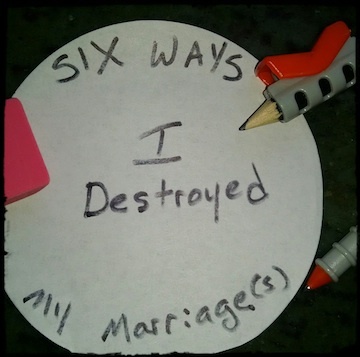 1. A few weeks ago a friend came over. "What do you want for dinner?" I asked. "I don't care, whatever you want," she replied. I offered her several choices, all I was equally fine with. She still demurred.

This was exactly how I was about every decision with my first husband. I thought the greatest gift was to have no opinions and go along with what he wanted all the time. It turns out, when you are the one who always has to make a decision about everything, it's a bit of a drag. My ambition to become an amorphous glob of green jello with no backbone, opinions, or suggestions made me one heck of a boring wife.

2. I was sick the other day. My significant other asked me if I needed anything, and of course I said no. Five minutes later I got up to get a glass of water, which I knew I wanted when he asked. Suddenly I wondered how many times I blamed people for not taking care of me when really I was obstinately refusing to be taken care of? I started to suspect that I wasn't just a victim, I was an asshole.

3. I was talking to a friend about her boyfriend recently, and she said, "He's so awesome, we never fight." This sent up red flags for me. I avoided conflict like the plague in both my marriages and it did not serve me well. 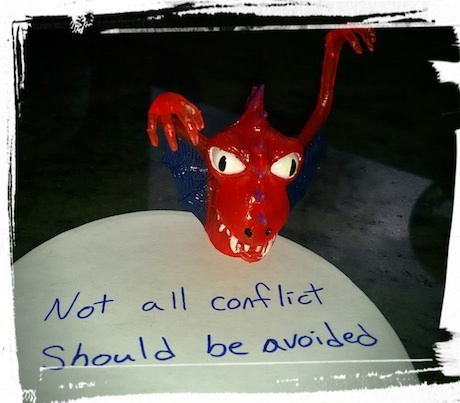 Every time I said, that's fine, when I meant that is completely not fine and we'll see how that works out for you, I created a chasm in our relationship, and my partner did not even have a chance to do anything about it.

I always swallowed my anger, and that just allowed unresolved resentment to churn and grow until it took over everything, and I never even gave him a chance to stand up for himself or try make it right. I secretly seethed. Not very different from how I acted as an eight-year-old, come to think of it.

4. I love and hate to be touched. This is tricky. I crave physical affection, and I was quick to condemn partners for not being affectionate enough. It took me a lot of years and a new relationship to understand that I send a lot of mixed signals.

For example, I love to have my hair stroked, but only in the direction it grows, except on the top and then only against the grain, and not too long in any one place, and please don't rub my head near my ears in the way that makes a crunchy noise in my cochlea and you didn't do both sides equally and why are you no longer petting my head? Men never pay attention to my needs, I thought. In retrospect I might have been a little bratty. I'm not sure I would have persevered if I were them.

5. I underestimated my ex's ability to change. I had a theory, coined in my twenties, that people don't really change for other people. If asked, they will exhibit new behavior for up to but not exceeding 21 days in order to appease you, then they will revert. If you don't like someone's behavior, you would be better off leaving than expecting them to change.

My first husband was a high school graduate when I married him. I did not think he had the ambition to ever finish college, although he was taking a few classes here and there. Imagine my surprise when I learned that after our divorce he not only got his Bachelors but his Masters as well -- and years before I did.

My second husband became an organic health food nut, ran the Tough Mudder hardcore obstacle race and learned to play guitar after we broke up -- all cool things I never imagined he would have any interest in.

Certainly, they may not have changed if we had stayed married, but I never properly believed in their potential.

6. I was completely unwilling to compromise. My idea of compromise was we'll do it my way, I'll do all the work and you won't complain about how I do things. I hated conflict and would do anything to avoid it. Unfortunately, by not fighting I created a dichotomous household. We stopped being a team and became two co-inhabitants, and not very cohesive ones at that. Relationships are built on compromise. It's part of the equation of sharing your life with another person, and forming that compromise teaches you something about yourself and the other person that is valuable.

Of course, there were many things wrong with both marriages, and I'm sure either of my exes would be happy to chime in on the myriad other ways I screwed up. Also, I'm not saying that I would go back and make a different decision either, only that I realize that living with me was no picnic. If we cannot see our faults, we will perpetually repeat them, and I for one would rather make new and different mistakes this time around. 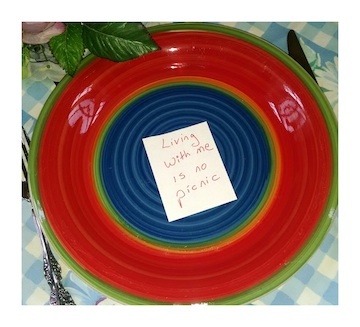