This past fall, the world of physics celebrated the 100th anniversary of Albert Einstein's general theory of relativity, which forms the foundation of our modern understanding of the force of gravity. Einstein's creation has been the ultimate antidote to a blasé, seen-it-all attitude that sometimes infects even scientists. It opened up a universe that never ceases to surprise -- black holes, the big bang, dark energy, gravitational waves -- jolting us out of the grooves of thought that we fall into all too easily.

Yet the ink was barely dry on the theory when Einstein saw a problem. It contradicted quantum mechanics, suggesting that physicists needed an even deeper theory to unify these two pillars of fundamental physics. In June 1916 Einstein wrote: "Quantum theory would have to modify not only Maxwellian electrodynamics but also the new theory of gravitation." That was quite an insight when you consider that quantum theory didn't even exist yet. It was still a nebulous idea that wouldn't coalesce for another decade. So, we have been celebrating the centenary not only of Einstein's theory, but also of the long slog to supersede it.

A theory of gravity is also a theory of space and time.

Whereas general relativity took a single genius a decade to create, that deeper theory -- known as a quantum theory of gravity -- has flummoxed generations of geniuses for a century. In part, physicists are victims of their past successes: when you accomplish anything in life, you raise the bar, making it that much harder to take the next step. But quantum gravity also poses difficulties that are unique in the history of science. A theory of gravity is also a theory of space and time -- that was Einstein's great insight. Yet physicists have always formulated their theories within space and time.

So, a theory of gravity swallows its own tail. It supposes, for example, that the passage of time varies, but the word "varies" connotes a temporal process. If time is varying, then the very standard by which it is varying also varies. The whole situation threatens to become paradoxical. This conceptual circularity creates weird mathematical difficulties. For instance, the little 't' that physicists use to denote time drops out of their equations, leaving them at a loss to explain change in the world. To describe what happens, physicists need to go beyond space and time. And what is that supposed to mean? Such an idea forces us into (literally) uncharted territory. 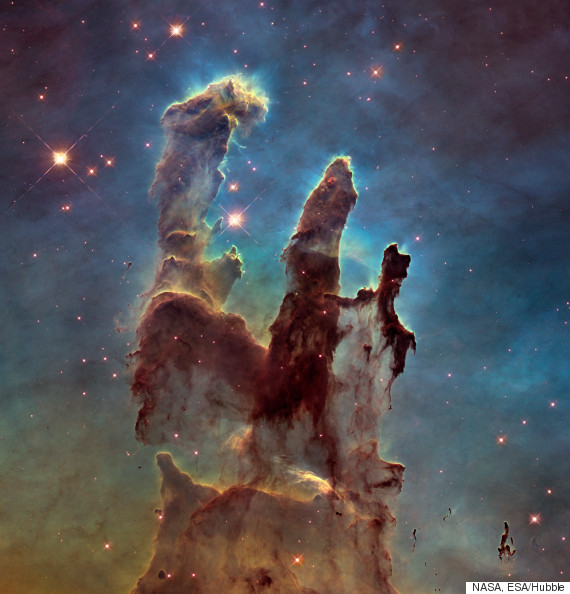 String theory, loop quantum gravity, causal-set theory: these are just a few of the approaches that theorists have taken. Naturally, proponents of each are convinced the others are misguided or even downright unscientific. But when you take a step back from the dispute, you notice all agree on one essential lesson: the space-time that we inhabit is a construction. It is not fundamental to nature, but emerges from a deeper level of reality. In some way or other, it consists of primitive building blocks -- "atoms" of space -- and takes on its familiar properties from how those building blocks are assembled.

These "atoms" are clearly nothing like ordinary atoms such as hydrogen or oxygen. For one thing, they are not tiny, because the word "tiny" is a spatial description and these atoms are supposed to create space, not presuppose it. Yet many of the same principles apply. Water, for example, consists of HO molecules. It can undergo a change of state -- freezing or boiling -- as those molecules rearrange themselves into new structures. The same might be true of space. If those atoms can assemble themselves into space, presumably they could also reassemble into other structures. And that might explain many of the mysteries of modern physics.

The ordinary laws of physics, operating within time, are inherently unable to explain the beginning of time.

Consider black holes. If, God forbid, you fell into one, Einstein's theory predicts your timeline would end. You would die, but that'd be the least of it. The atoms in your body would simply cease to be. Instead of ashes to ashes, you'd have ashes to ... nothingness. The new emergent space-time theories suggest a different picture in which space undergoes a change of state in a black hole. The black hole does not have an interior volume; its perimeter marks where space melts. The result is a new state that is no longer spatial and is scarcely even imaginable in human terms. If you fell in, you would probably still die, but the atoms in your body would still carry on in some new form.

Consider, also, the big bang. Like black holes, it has always posed something of a paradox. The ordinary laws of physics, operating within time, are inherently unable to explain the beginning of time. According to those laws, something must precede the big bang to set it into motion. Yet nothing is supposed to precede it. A way out of the paradox is to think of the big bang not as the beginning but as a transition, when space crystallized from a primeval state of spacelessness. 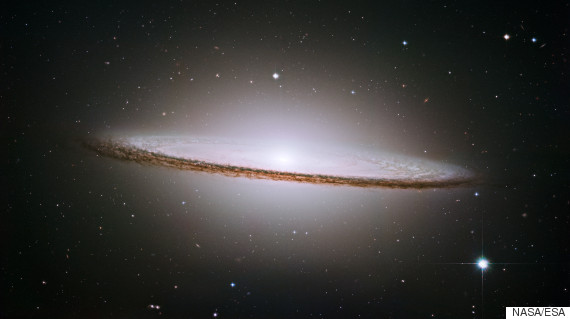 Finally, consider the mysterious phenomena of quantum nonlocality -- what Einstein called "spooky action at a distance." Two or more particles can act in a coordinated way, no matter how far apart they may be, and they do so without sending out a sound wave, beaming a radio signal or otherwise communicating across the gap that separates them. The particles behave as though they are not, in fact, separated. And one possible explanation is that the particles are rooted in the deeper level of reality where distance has no meaning.

To be sure, this is all still speculation -- but it is constrained speculation. Scientists didn't dream up these ideas over drinks after work. They were driven to them by combining the principles of Einstein's theory and of quantum theory and seeing where the path takes them. By the very nature of research, we don't know what these ideas mean or even if they're right. But we do know that humans have not yet grasped all there is to grasp about the universe. And when we do take the next step, the effects will surely propagate into our broader culture. Just as learning something new makes you a better person, so too will learning something new about the universe propel humanity to the next level.