I have two sons. Two happy, healthy, bright, beautiful sons. And nearly every day someone asks me if I'm going to try for a girl. It is such a rude, wrong, offensive, presumptuous and mean question. So, stop it.

Seriously, when did this become a thing? When did people decide they could just ask strangers if they were satisfied with their children? When my second son was three weeks old, we took him and my older son to a restaurant. Looking at my blue-clad newborn, the first thing the server said to us was, "So, you're going to try for the girl next?" Three weeks old. I still looked pregnant and the server asked when I was going to try for another baby. Not just any other baby, though: a girl. 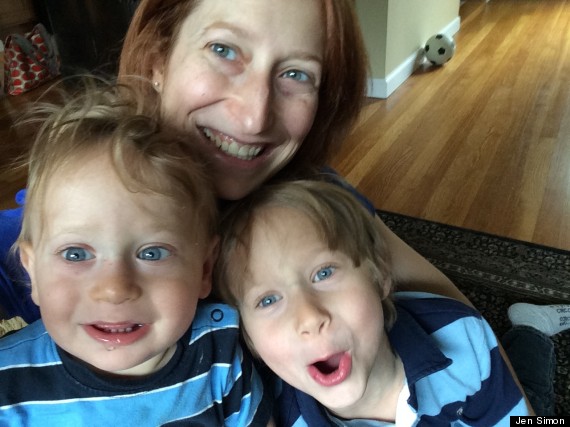 The truth is that yeah, I did want a girl. I mean, I really wanted a girl. I even wrote an article about it. And every time someone asks me if I'm "going for the girl," it's another gut punch reminding me that I don't have a girl. That I won't be able to braid my daughter's hair, teach her about feminist icons or help pick out her wedding dress (if and when she chose to get married). Every day or two I get to smile cheerfully, shake my head and mourn the daughter I always thought I would have. So, thanks for that, strangers.

You know what else is awesome? When my son hears this crap. Nearly five, what must he think when someone asks me if I'm going to try for a girl? That he's not good enough because he's not a girl? I always respond by saying how wonderful my boys are, but at what point will he start to internalize the message that babies are only worth having if they're girls?

I'm luckier than most to have two children. During my older son's emergency C-section, I discovered that I have a uterine anomaly -- I only have half of a functional uterus; in fact, the entire left side of my reproductive system is nonfunctional. I was lucky to get pregnant twice, even more so to carry to term twice. Even when I'm having a really hard time with them, I try to remain cognizant that my children truly are something of a miracle; often, my anomaly can render women infertile. So do I want to try for a girl? I don't even know if I could get pregnant again even if I wanted a third child.

But what if I did want a third child and couldn't get pregnant? I didn't have to explore fertility options prior to my pregnancies, but what about the women who did? What about women who have had miscarriages or abortions? Do they want to be reminded about the babies they never had? And worse, what about women who have lost a child? I can't even imagine how devastating it would be fielding these comments day and day out, had I lost a little girl.

Jen Simon is a freelance writer and Huffington Post blogger. She is the mother of a baby and a sleep-challenged four-year-old. A former publicist, artist and fun person, she is currently a very tired lady. You can follow her sleepless musings on Twitter @NoSleepInBklyn

This piece first ran on BLUNTMoms.

Read more on HuffPost Parents:
What You Need to Know About 6-Foot Trick-or-Treaters
The Default Parent
20 Things Your Baby Is Desperately Trying To Tell You