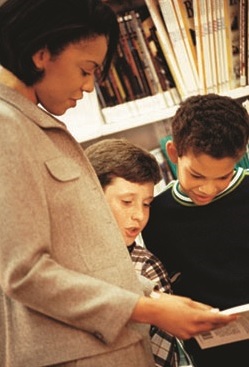 I just read a very interesting book called Improbable Scholars, by David Kirp of the University of California at Berkeley. In it, Kirp tells stories of his more than two years of observing schools in Union City, New Jersey, a mostly poor, Hispanic district that has done well on state tests for many years. He describes a caring, planful, well-organized district led for many years by an outstanding educator, Sandy Sanger. Kirp also gives brief descriptions of two other outstanding districts, Aldine, Texas and Montgomery County, Maryland.

Kirp notes some commonalities across these different districts, including an emphasis on high-quality preschools and intelligent use of data. However, most importantly, he describes them as tortoises rather than hares, places that build up great staff and great schools bit by bit over long periods.

Necessary for the "tortoise" approach, however, is something in very short supply in urban districts: Stability. All of Kirp's outstanding districts have had superintendents who stayed in office for a decade or more, far more than the national urban average of 2 ½ years.

Our experience working with urban districts is very much the same. Districts that consistently do well with disadvantaged and minority students - Steubenville, Ohio; Alhambra, Arizona; Geary County, Kansas; Victoria, Texas and many more - are not the big headline districts that change superintendents the way Donald Trump changes interns. Instead, these are places in which dedicated educators work for a decade or more to progressively improve outcomes for all children.

As I mentioned recently in Power to the Schools, the problem is that federal, state, and local policies promote churn rather than stability. Heavy pressure on superintendents to boost scores right now or risk firing lead to surface solutions (or cheating of various kinds) rather than long-term planning and coalition building. Policies such as state takeovers and school closures rarely work and they add immeasurably to churn. Michele Rhee and her broom, which swept out 90% of principals in the District of Columbia, is just one example.

The federal School Improvement Grants program requires that schools close down, become charters, or fire substantial proportions of their staff and principal to qualify for large grants. The result? We don't know yet, but early reports focus on the difficulties this churn introduces to a school community.

I am not suggesting complacency about poor performance. Some school and district leaders have to go. But there is a difference between pruning bad apples and constantly uprooting trees. Wholesale and indiscriminate firings give whole districts a short-term, fearful mentality instead of a loving, strategic, and planful mentality.

Instead of relying on threats and firings, federal and state policies need to focus on assisting low-performing schools and districts to learn about and adopt proven models. This allows the good people already in the schools to work at high-quality implementation of strategies known to work, rather than dodging and weaving to avoid punishment. Incompetent administrators and teachers can be weeded out, but the ones who are doing their best can make better use of support than fear.

The first principle learned by every physician is "first, do no harm." In education policy, this should also be a starting point. Churn itself undermines school success, so before introducing massive personnel changes, consider whether the personnel who are already there could be aided to do a better job. People don't go into education to deliberately harm children. Education policies can and must use accountability to recognize and support progress without becoming a source of terror, cynicism, and churn.