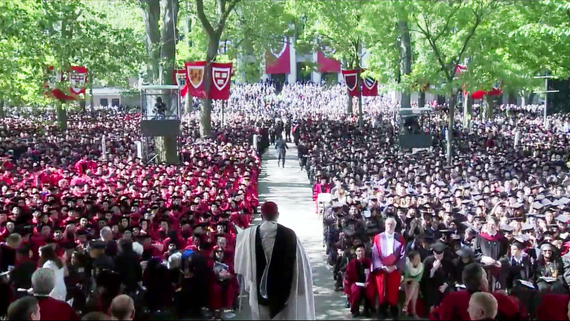 The problem is that the sacred recipes of Leviticus - as the book we now begin is called in Latin - the specifications for sin offerings, as distinct from guilt offerings, which are distinct from peace offerings, as distinct from festival and Sabbath sacrifices, different from daily burnt offerings, the numbers of lambs, the libations of wine, the portions of grain, and so forth, which are the substance of our opening reading this week, and of many subsequent segments, are all so distant from our present-day ideas of the holy - of devotion, of connection to a greater reality - that the book is one we tend to endure more than embrace.

The problem itself is such a well roasted chestnut that the usual solutions - the proposition of Maimonides (1135-1204 C.E.) that animal sacrifices were stipulated by God at Sinai as a concession to what Israel knew, intended to ease our early ancestors toward a more purely intellectual spirituality by way of practices familiar from their time and place; or the rather similar judgment of academe, that the Levitical conception of the sacred is so enmeshed in and so composed of ancient elements that we may scarcely expect to relate; or the pious, self-deprecating judgment, similar again in its own way, that deems our exile-worn souls to be so distant from the proximity to God enjoyed by our forebears that we can no longer fathom such intimacies - all these accustomed answers sooner emphasize than diminish the quandary, and the sense of alienation.

It helps a bit, I think, that we encounter this biblical book, here in the University, in the home-stretch of the academic year. As senior students in the College now experience firsthand, this is a time of many exacting rules and strict requirements, culminating in great and regimented ceremony, at the end of which one is deemed to be not quite as one was before.

The handbook for submitting an undergraduate thesis in a Harvard department is so thick that (as I witnessed in the week before spring break) it stoutly defies being torn apart in joyful release by students who have dutifully fulfilled its every specification. Margin-widths, paper-weight, font-size, not to mention footnote-placement, citation-conventions, bibliography-arrangement, and chapter-formatting combine with the discipline of research and the art of composition to constitute a rite of passage - the key, Levitical concept, of course, being 'rite' - that instills in one's very identity the affirmation of having attained a certain degree.

"If his offering for a burnt offering is from the flock, of sheep or of goats, he shall make his offering a male without blemish. It shall be slaughtered before the Eternal One on the north side of the altar, and Aaron's sons, the priests, shall dash its blood against all sides of the altar. When it has been cut up into sections, the priest shall lay them out, with the head and the suet, on the wood that is on the fire upon the altar. The entrails and the legs shall be washed with water; the priest shall offer up and turn the whole into smoke on the altar." (Leviticus 1:10-13)

"The first time you cite a source within a chapter, provide its full citation information. If/when it reappears in subsequent notes within the same chapter, you should employ shortened citations (see the Chicago Manual for a further explanation). If/when the same source reappears in a later chapter, you should again provide a full citation upon first reference, and then revert to shortened citations thereafter. Within each chapter, number your footnotes consecutively; restart at "1" each time you begin a new chapter." (Handbook for Senior Thesis Writers in the Department of History, p. 85)

You see what I mean. Admitting the irreverent comparison, there is a venerated Way-of-Doing-Things. Compliance confers an experience of validity - and, for the most part, one daren't contemplate the alternative.

Classical rabbinic comments on the book of Leviticus very frequently begin with expositions on identity. Israelites are likened to angels. Righteous converts are described as liquor distilled from the very essence of Israel's vine. Ancestral names from scriptural genealogies are cleverly exposited as cryptic allusions to meaningful milestones along the path of the people's maturation. Again and again the opening message seems to be: This is about who you are.

And, to this day, we are a people intent - to the point of a fixation - on getting-it-right. For all our many disputes, and our differences in how we understand and seek to fulfill the mandate, we live with the glorious and daunting idea that each step in life is consequential, that in every circumstance there are always sacred imperatives to be discerned.

We live, too, with a sense of being called - and we do not limit the concept of vocation to one sacred caste, but rather we hear a collective charge to become "a kingdom of priests and a holy nation" (Exodus 19:6) - which is to say, a people distinguished by meticulous attention to our ways. That is not a guarantee of righteousness, by the way; it is an imperative of continually seeking righteousness, and it has always been a contentious work-in-progress.

At the very start of Leviticus, God calls to Moses from the Tent of Mo'ed - a Hebrew word that connotes 'convocation,' 'occasion,' 'specified season,' 'designated place,' and also 'promise,' 'presence,' and 'concerted action.' What Moses hears there, and relays to the people by way of ways to make offerings and to dedicate oneself in the holy court of the Most High, may indeed seem obscure and arcane to our present-day ears. However, the concept of a place-of-coming-together-purposefully and a moment-of-appointment - and the idea of approaching that reality, such as it is, with painstaking care - these are notions that graduating students can well understand, and, with heaven's help, are soon to celebrate.