The new Superman logo has appeared on Warner Brother's "Man of Steel" Facebook page in their quest to keep at least a trickle of Superman excitement pumping in advance of the movie's June, 2013 release date.

Eschewing the clean lines and look of past iterations of the Superman logo, the new "Man of Steel" logo goes with a metallic grittiness, deeper colors, and swooping lines and deep shadows. The new logo is a sufficiently dark look for what passes as a modern reboot, as it has a "I'm superman and I'm gritty and real" something about it.

Check out this Screen Crush story for a look back at the Superman shield through the years.

The official synopsis of "Man of Steel":

In the pantheon of superheroes, Superman is the most recognized and revered character of all time. Clark Kent/Kal-El (Cavill) is a young twentysomething journalist who feels alienated by powers beyond anyone's imagination. Transported to Earth years ago from Krypton, an advanced alien planet, Clark struggles with the ultimate question - Why am I here? Shaped by the values of his adoptive parents Martha (Lane) and Jonathan Kent (Costner), Clark soon discovers that having super abilities means making very difficult decisions. But when the world needs stability the most, it comes under attack. Will his abilities be used to maintain peace or ultimately used to divide and conquer? Clark must become the hero known as "Superman," not only to shine as the world's last beacon of hope but to protect the ones he loves.

Another reboot of a tortured superhero soul confirmed and sealed with a new logo. Will you go see "The Dark Superman Returns" next year?

RELATED: Check out Henry Cavill in his new Superman duds: 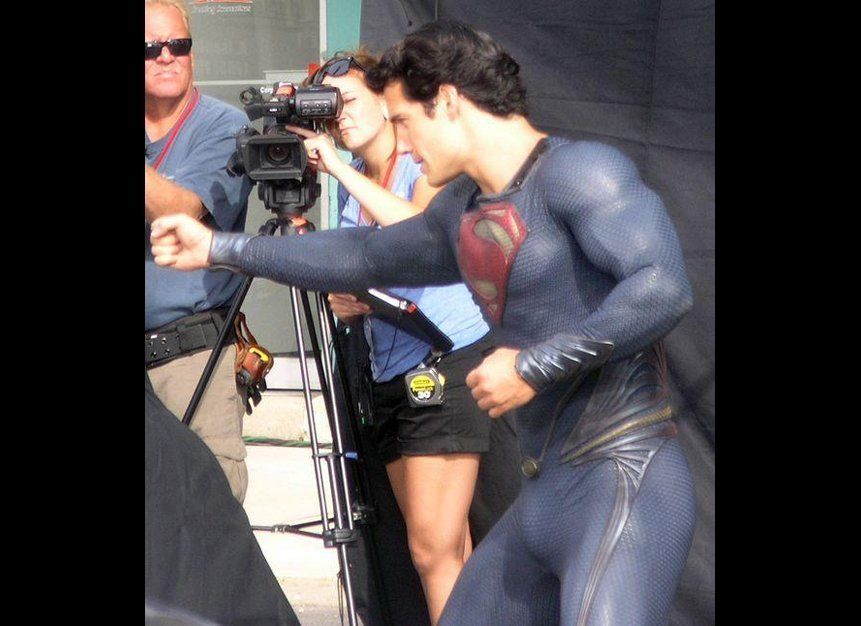