"When I go home tonight, I'm going to write in my journal... today's date, because it marks history," Dean went on to say, officially accepting his role as the first Global Ambassador for New York City’s public hospitals system.

The evening's festivities not only marked the unveiling of the hospital's new $325 million wing -- which features a gallery of original paintings created under President Roosevelt's Harlem Renaissance-era Works Progress Administration -- but a commemoration of the near-fatal stabbing of Dr. Martin Luther King, Jr. almost 54 years to the day.

On hand: Dr. John W.V. Cordice, one of the surgeons who operated on King, ultimately helping to save his life.

"If it wasn't for him, we wouldn't have had the 'I Have A Dream' speech in our life," Dean noted, before on going to relish in another one of Cordice's successes -- his sixty-plus year marriage.

And while the hospital expansion represents another pivotal moment in the revitalization of Harlem, Dean said it represented a personal transformation as well.

"I encourage our youth to step outside of the box that some of us may have been put in," expressing fatigue over the many requests he gets from fans looking for advice on how to become a rapper like him. "I want to be the renaissance man for my generation to show them that there are so many more things that we can do out here to move this world to a forward-thinking place."

Dean recently mused on his love for art in an interview with the New York Times' Robin Pogrebin and told the New York Daily News of his plans to curate the artwork on display in the hospital's lobby.

"If this were a rap concert, the audience would be different, but I feel those people should be in this room as well. That's why I feel my job is important," he added, likening his acceptance of the role of ambassador to the college graduation he never had. 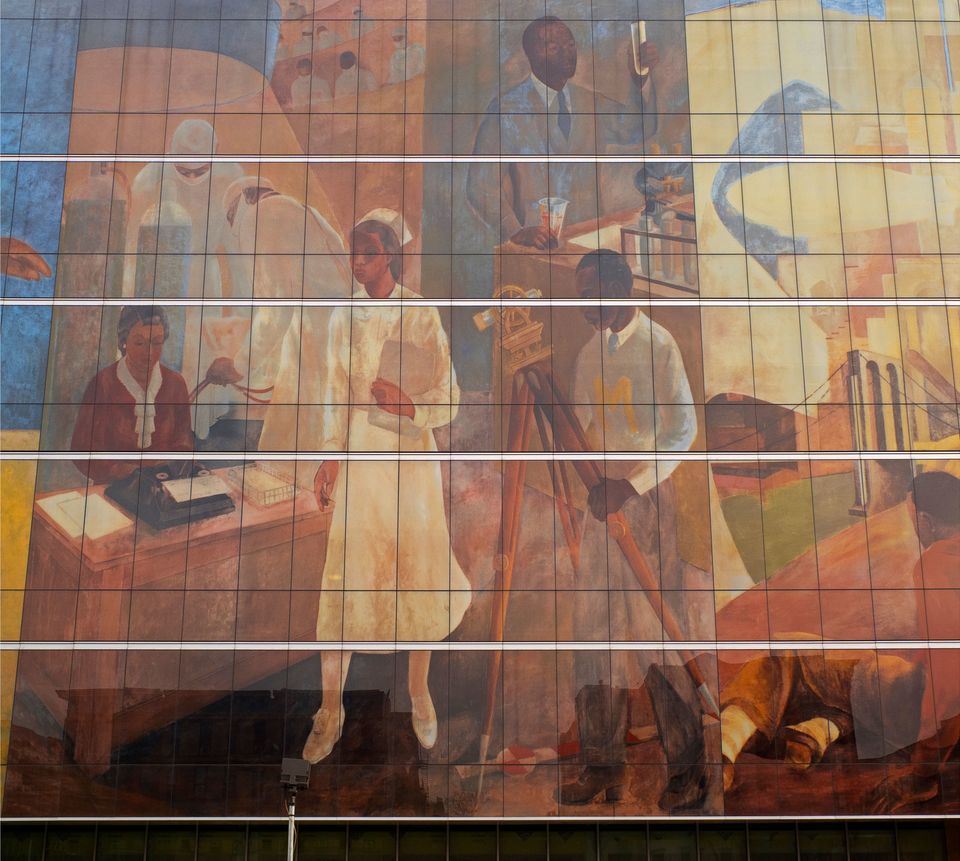 1 / 6
The new pavilion at Harlem Hospital Center will showcase restored murals by black artists of the 1930s, including this digital enlargement adorning the building’s 12,000-square-foot glass facade.
Alamy