The Ruby Suns showed up for their noon performance at the Hype Machine party Saturday morning and were not-so-pleased to find a bunch of fans anticipating a rock show.

"We really didn't think anyone was going to show up so we didn't make a set list," the band said. "We were going to use this as a band practice...but let's do it!" The band mates discussed amongst themselves what songs they wanted to play before launching into the set.

The magic of SXSW lies in the completely original creative flashes of musical genius such as this; the only problem is that it happens so many times over the course of five beer-soaked days that it's easy to forget what you've seen. In order to get the most out of your musical choose your own adventure it's important to follow up on the bands you saw during the week, download some new tunes and help the magic of SXSW live on.

Check out these three bands who made quite an impression at SXSW. 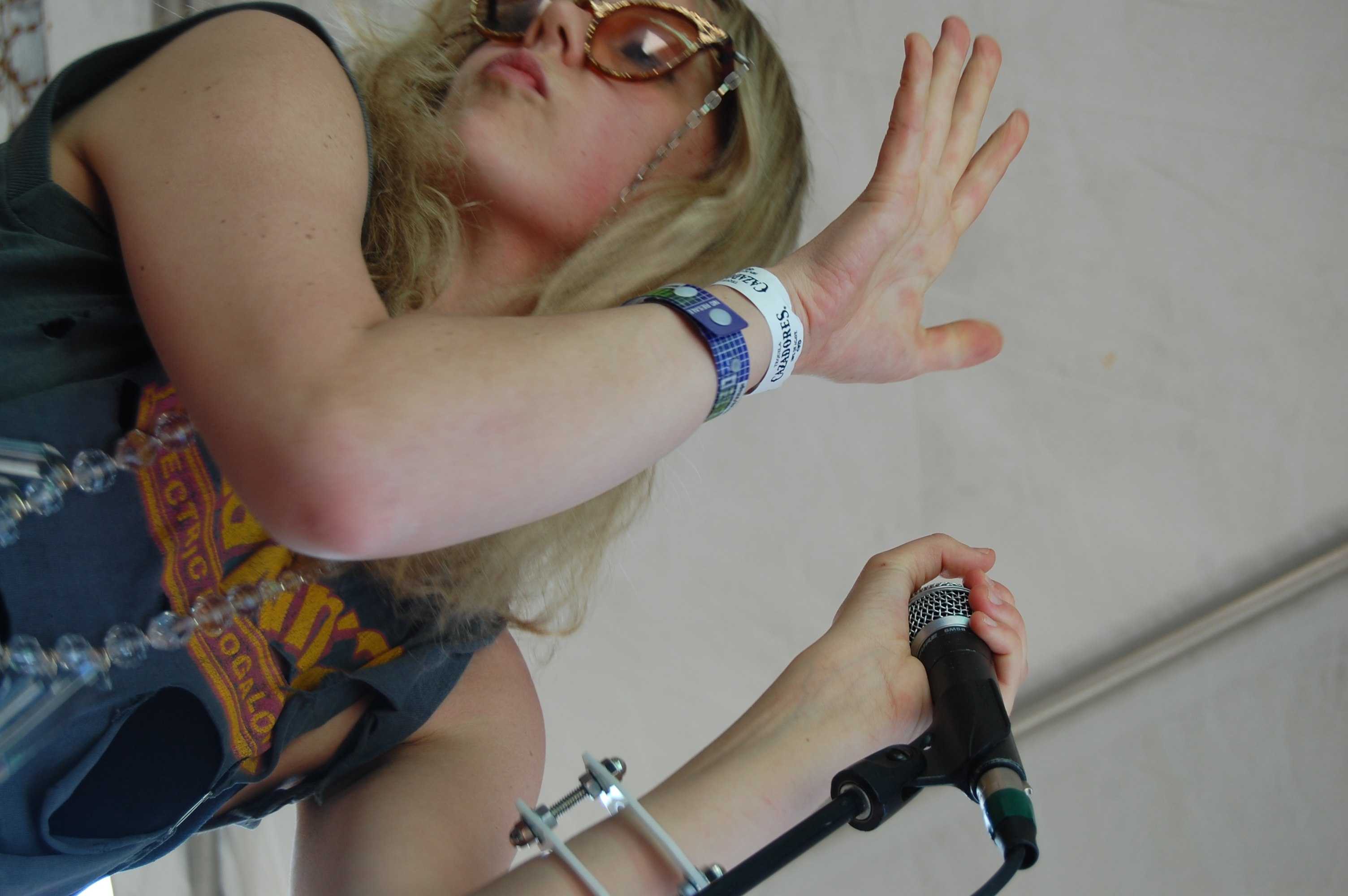 The best show I saw all week was put on by one lady band MNDR, a modern-era, Janis Joplin-esque songstress who took the stage with crystals hanging from her neck and a safety pin barely keeping her shirt on.

It's just her and her keyboard and a boatload of enthusiasm. There weren't more than 40 people there to see her perform but she brought the funk like it was Madison Square Garden. And every time the beat dropped -- a beat she has no doubt heard hundreds, if not thousands of times -- she reacted with so much joy it was like she had just been kissed by a puppy.

The music relies heavily on her strong vocals, but the industrial, house-influenced beats are well produced and receive on the spot adjustments from the lone band member throughout the set. She usually rolls out a full laser light show that reacts to her voice, but on this sunny day she left it behind and it was all about the music.

Lead man Neil Fridd had good advice for festival goers at his first SXSW show of the week: "If you're at a show and the person in front of you isn't dancing...fuck that person! Keep dancing right through them!"

The dance party that ensued was worthy of such a proclamation. The stage was littered with a light up snowman and an inflatable flamingo. Fridd wears a homemade bright purple pair of suspenders (and little else) while his co-singer sports a marching band tunic and has flaky blue crust painted on his face. The crowd is not exempt from dressing up; elaborate hat costumes made out of laundry hampers were passed around and donned.

The music is fairly minimalistic when you listen to it without the energy of the live show behind it, but the band seems willing to concede this assessment and it only makes them dance harder in the middle of the crowd. Fridd definitely believes that more is more and while individual instruments are sometimes hard to discern it's still so catchy that by the end of the song you'll be yelling "You Make My Heart Explode!" along with the band.

Diamond Rings - one to watch

He has the look of David Bowie at the high water mark of the Ziggy Stardust days and the voice of Antony Hegarty with a touch of baritone. It's a tone that doesn't translate much into his normal speaking voice, which he used to ask the crowd at the Nacho House if he should continue playing beyond his allotted time. The crowd quickly approved of the encore.

Lone band member John O'Regan has created a more than adequate way to showcase his incredibly unique vocals with slow and synthy self-produced beats that he supplements with live guitar and piano. It works well as a platform for his voice, but it doesn't help it reach new heights. I can't help but wonder what he would sound like amidst horns in a full nine-piece band or something softer and acoustic.

Keep an eye on Diamond Rings's new album, Special Affections, which is due out this year, and remember the name John O'Regan, the Canadian indie rocker with the voice of gold.