Hot off the heels of Thursday's energized MTV Video Music Awards closing act, Taylor Swift slowed things down for an emotional and intimate performance on Friday's Stand Up to Cancer 2012 telethon.

The singer debuted a new song called "Ronan," which she wrote for a 4-year-old boy who passed away last year from cancer. Swift wrote the song after reading a blog from the young boy's mother, Maya Thompson, who is listed as co-author. It became available on iTunes on Friday evening. Proceeds will go to cancer-related charities.

This year's third annual Stand Up to Cancer telethon was a star-studded event. Along with Swift, Alicia Keys and Coldplay performed, and appearances were made by Justin Timberlake, Matt Damon, Julia Roberts, Gwyneth Paltrow, Sofia Vergara and Robert Pattinson, among others. Teen Olympian Gabby Douglas helped staff the phone banks.

Watch Swift's first-ever performance of "Ronan" in the above video. Share your thoughts in the comments or tweet @huffpostteen. 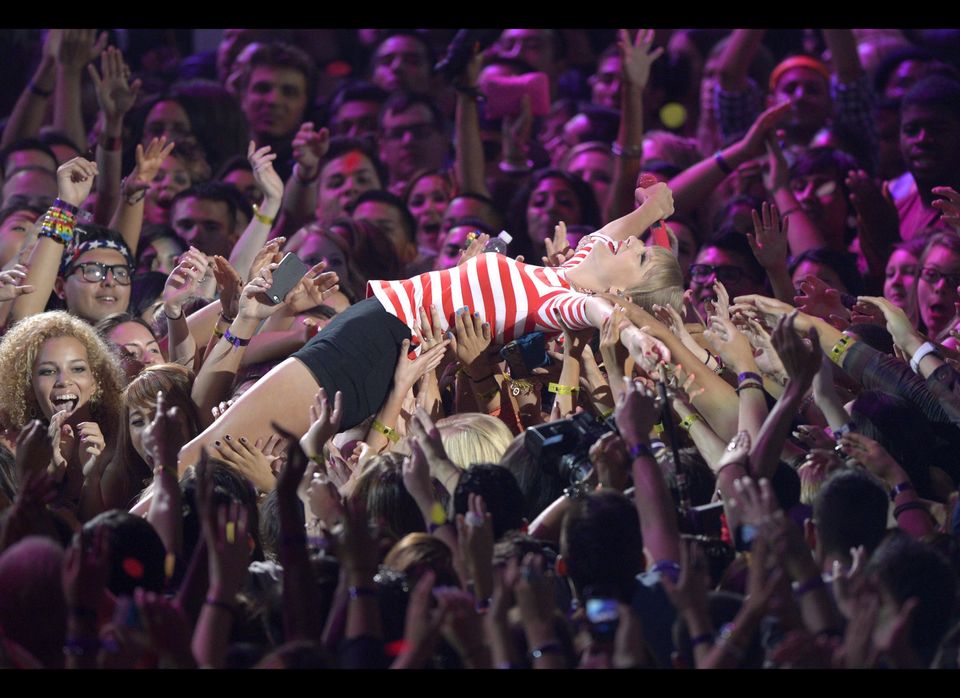