You'd be forgiven if Scranton PA doesn't spring to mind as a vacation destination. But let's take a second look, ok?

This Anthracite-rich, coal-mining, railroading town was both lauded and ridiculed by Steve Carrell, Rainn Wilson and the rest of the cast of The Office, when they toiled in the Scranton satellite of the fictitious Dunder Mifflin Paper Company. As a travel writer with an eye to the offbeat, I focus on the lauds because they are on the rise in this strangely compelling and uber-friendly town.

There are more attractions in Scranton than in most cities of its size; reasons to spend two or three days here. The following ten are in no way exhaustive. For more on Scranton and other offbeat destinations in the Northeast, check out GetawayMavens.com. 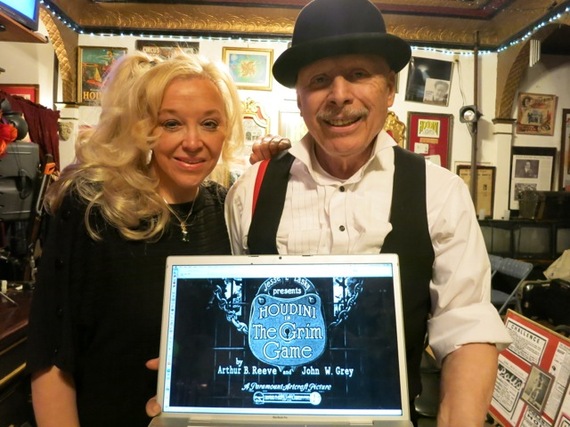 1. The founders of the tiny Houdini Museum, Dorothy Dietrich and Dick Brookz, keep a very low profile, but are "Magician Royalty" in their own right. Dietrich, an "escapologist" coined the "Female Houdini," is so far the only woman who has ever performed the Bullet Catch stunt, and was the model for Isla Fisher's character in the hit movie, Now You See Me. The pixyish Dietrich and Brookz, also a world-known magician, met at an agent's office in New York and bonded over a mutual adoration of Houdini. New this year is the 1919 Harry Houdini silent film, Grim Game, which just resurfaced after being lost for nearly 100 years. Come for a tour, a show, and a bit of old-fashioned amazement. 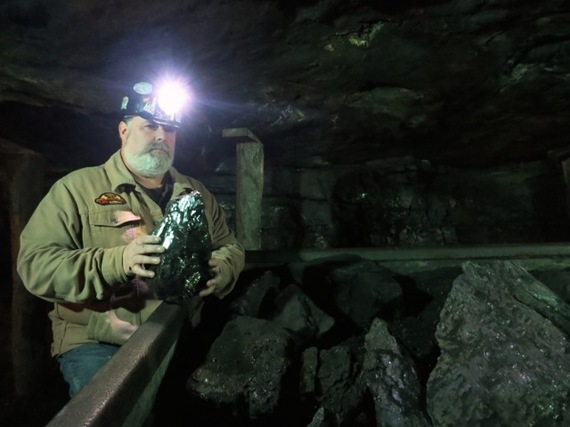 2. Descend 300 feet beneath the earth into what was a working coal mine for over a hundred years (1862-1966) on the Lackawanna Coal Mine Tour. Your tour guide is a bonafide Mine Foreman (in this photo, Lewis Graver, 5th generation Pennsylvania coal miner), who expounds on work below ground in this dangerous job. You'll be schooled in all the components of mining: digging, blasting, safety, bad air, ventilation, child labor - all the excruciating, lung-diseased work of coal mining through the ages, and will return to the sun with a much greater appreciation of that life. 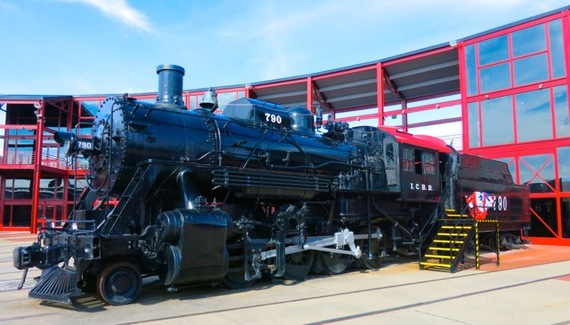 3. You can scramble on a steam locomotive larger than some New York City apartments. Scranton, home to Steamtown National Historic Site, is the center of the universe for steam train fans, and this museum complex is nirvana for kids and parents who watch Thomas the Tank Engine ad infinitum. Choose from 30 different tours: The Locomotive Shop Tour being the most popular. 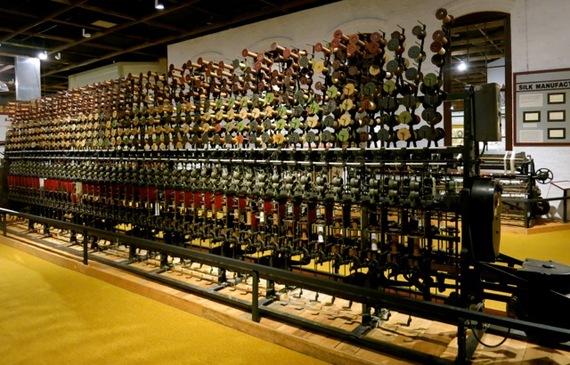 4. Silk factory machines, preserved at the excellent Anthracite Heritage Museum, are positively beautiful. Within its 17,000 square feet, this engaging museum tells the story of the Anthracite coal that built this city, the Eastern European immigrants who came to work in the mines, and other industries - like textile mills - built up around mining and railroading. 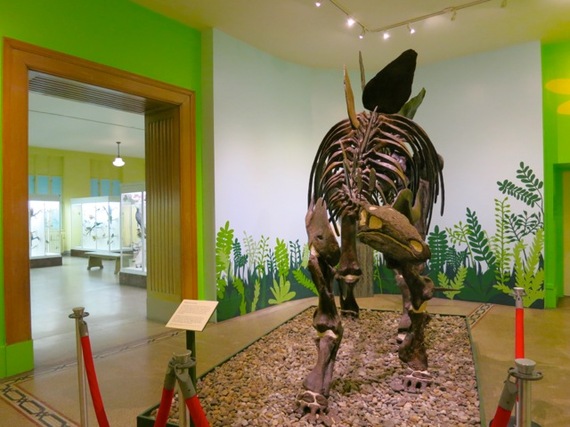 5. Spike, the Stegosaurus at the Everhart Museum, turns 175 million years old on his birthday this year. The Museum is but one attraction in the trail-laced Nay Aug Park, which also features waterfalls, a pool, a Greenhouse (where you can drop in for Yoga Class and also purchase plants), a moving memorial to area soldiers who perished in Iraq and Afghanistan, and the new David Wenzel designed "Treehouse." 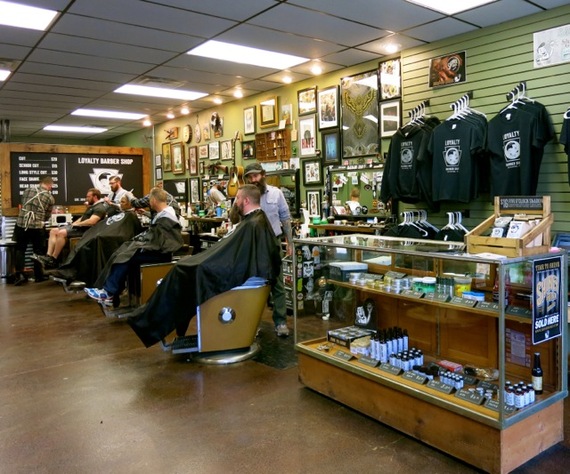 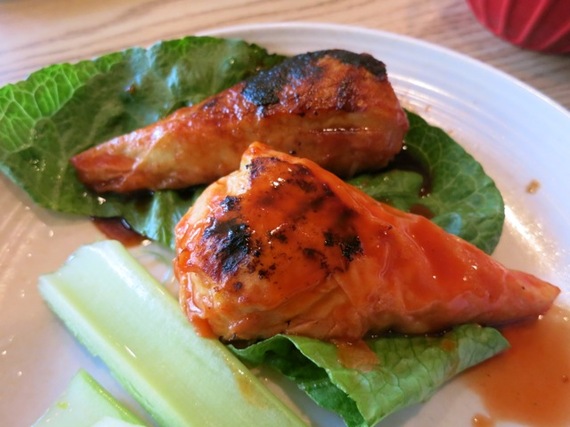 7. You can have your "meat" and be vegan, too, at Eden Vegan Café, where meatballs, burgers and even chicken wings are crafted from soy to look like the real deal. A Happy Cow favorite. 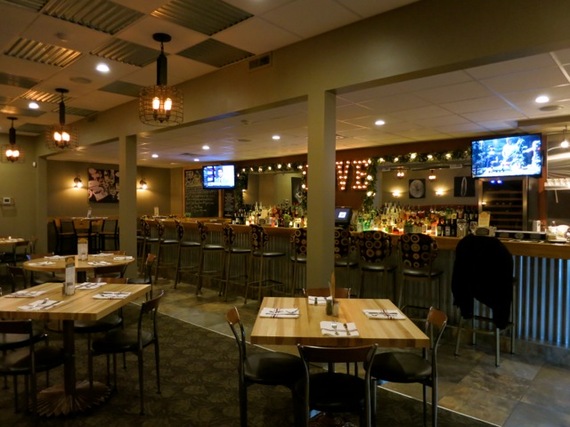 8. Terra Preta owner, Trish Dickert-Nieves, healed herself and now offers healthy "root to leaf" cuisine to an eager clientele. Dickert-Nieves, grand-niece of Peter Luger (yes, that Peter Luger), grew up in the restaurant business - her father owns and operates Carl Von Luger's in Scranton - and Terra Preta's organic, healthy options are filling a crucial niche in this meat and potatoes town. 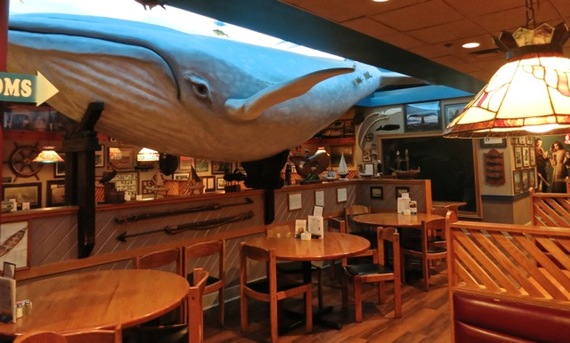 9. You can dine under a paper mache whale, in a booth with its own private fish tank, surrounded by pirates, posters, and toys of the past at the outrageously festooned Coopers Seafood House. You can't miss it - it's got a red and white lighthouse and a giant squid on the roof. Some patrons come just for the signature Caramel Sea Salt Sweet Potato Fries (deadly good) washed down with a few craft beers chosen from Cooper's 23 page "Beer Bible." 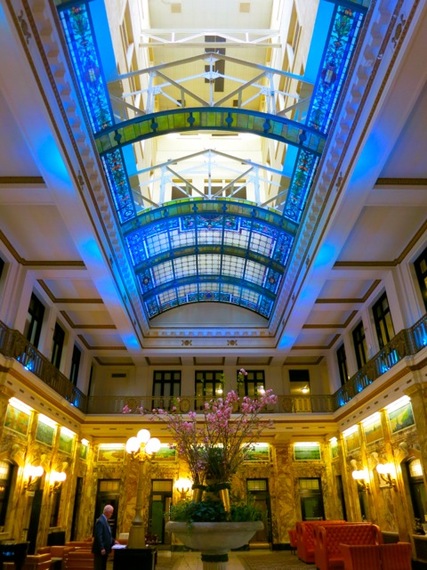 10. Stay in Scranton's version of Grand Central Station at the Radisson Lackawanna Station Hotel. Parts of the arched Tiffany stained-glass skylights were destroyed in the 70's when movers chose to throw desks from the offices of the Delaware, Lackawanna & Western Railroad through the glass from higher floors rather than carry them down, but you get a sense of the grandeur from what's left. Within a lobby gleaming with Sienna and Alpine green marble walls and terrazzo-tile floor, you can almost hear ghostly echoes of "All Aboard."