On this day, five years ago, February 11th, we thought we attained our dream... Looking back at the day when Mubarak stepped down, watching funny videos and listening to victory songs; remembering the vibrant voices of everyone in Tahrir Square; celebrating in the streets till the next morning; waking up free, really breathing freedom, feeling it....

Recalling back those five years, I believe we have learned 10 main things from the revolution: 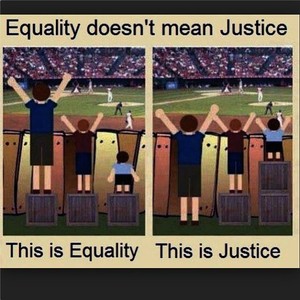 Before, we thought that the upper middle class wouldn't care about the corruption in the country. But that wasn't the case anymore. As a generation that's still in their youth, even if you had everything, house, education, a safer country outside Egypt, you still lacked your own home, your own, what I suppose should be, your sanctuary. We lacked the feeling of our own country, where we belong. Where we have always belonged.

2) There's more corruption than we thought. 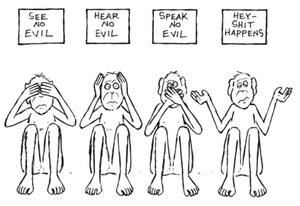 In the process after removing the regime, we realized there's more destruction and corruption among the people themselves. We realized we were left alone as if the things we called for were for our own selves. Shots firedL "Bread, freedom, and social justice," were for the poor class as well. We have issues ranging from poverty to education to authority corruption. People don't understand the value of one's freedom, of one's dignity. They didn't know what they wanted, they even supported a military leadership after ousting Mubarak, saying military was needed to "dictate" the country. Well, guess what, we've been under military leadership for over sixty years and, sorry for the shock, but we really are not the best country in the world. 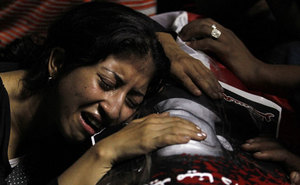 The revolution and its aftermath taught us all - the revolutionary generation - how to care about others whom we don't even know. How to raise our voices when someone's unjustly being imprisoned. And how to get very emotional to the extent of heavy tears for hearing about someone's murder by the police. It taught us compassion, even if you've never seen the others before. Because the one thing that once brought us together still, till this moment, continues to tie us together. 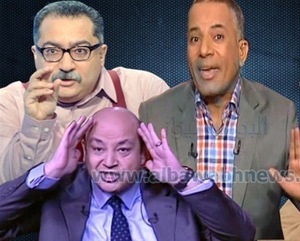 We have the worst media you can imagine. They babble all day and night about how we all should praise the regime. They spread false news. They're one sided. And they brainwash everyone who listens to them. I mean, for God's sake, they even banned Bassem Youssef's political satire show, AlBernameg!

5) There is more than one perspective to everything. 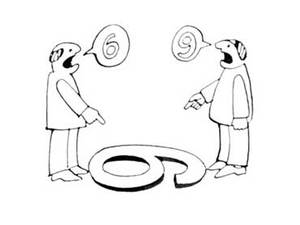 So far, time showed us who has fixed standards and principles and who cares only about their own group. For example, pro-military people don't care if the revolutionaries or Muslim Brotherhood supporters are murdered. Muslim Brotherhood refused to see that in 2012 the military killed the revolutionaries. They refused to believe it until the military massacred their supporters in Rabaa in August 2013. Pro-military and pro-Muslim Brotherhood (well, many of them) focus on one part of the story and ignore the rest. They don't see the mistakes of one side until they want to see it. They forget that there're two perspectives to everything and that they can simply oppose any unjust actions, regardless of who those actions are carried upon.

6) Social media is powerful. Very powerful. But it's not everything. 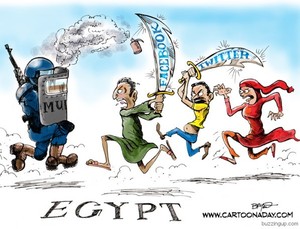 Well, needless to say, the Egyptian revolution was ignited by a Facebook page, "We Are All Khaled Saeed." Updates and meeting points were taken care of on social media. Without it, I don't know if the protests would have ever worked out the same. But the aftermath of the revolution showed us that social media users don't necessarily present the majority on the ground as we thought it had. Social media is a main key to the change. But it's not the key to the full road of the change. Or at least that's what I think. 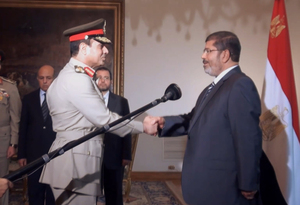 Long story short, ousted-President Morsi appointed Sisi as the Defence Minister, then the Defence Minister ousted Morsi and became the president instead. But anyway, there's more to that. During the beginning of the revolution, there were pro-Mubarak, who then became "Oh-my-God-it's-a-succesfful-revolution-we-love-it-yay," then became like "screw those bastards in The Square", then became pro-military. And the Muslim brotherhood leaders claimed they're pro-revolution, but were like "it's okay to set a deal if Mubarak's regime offers", then "We're pro-revolution but we need an islamic country," then "We're pro-revolution but you're dishonourable if you condemn actions by the military," then when they felt the threat themselves from the military, they started hating it. 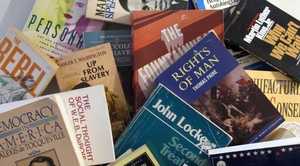 I personally like to call the revolution on halt until we figure out how to get back on track and fix it. But if there's anything more valuable that we've learned, it would be how we became politically aware of what we need. We stood against our own selves to look at our mistakes first. And that itself is a huge accomplishment. One crucial thing is that we also became aware that protesting itself, without hitting the actual political battle, would do us nothing but like what happened the first time - like ousting Mubarak and bringing military back in the end.

9) Egypt is an absolutely beautiful country. We just need to ignite that beauty. 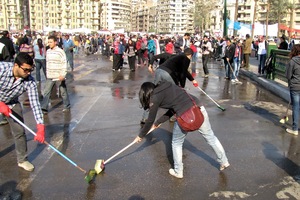 Have you ever seen people sweep the streets after they thought their revolution succeeded? Well, we did. Egyptians cleaned Tahir Square after Mubarak stepped down. It was one of those times when we grasped the beauty of our country. Egypt has all the resources: two seas, the Nile River, outstanding tourism destinations, history, the country itself never sleeps, people love happiness despite how bad the conditions are. It's an absolutely beautiful country, and the revolution was the biggest evidence to this. We just have to keep trying to ignite this beauty . 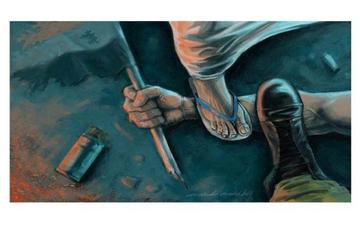