One of Thailand's most prestigious universities apologised Monday after students created a large mural depicting Adolf Hitler among a host of comic book superheroes during graduation celebrations.

Bangkok's Chulalongkorn University expressed its "deep regret" over the painting, which appeared last week and featured Superman, Batman and the Incredible Hulk as well as the genocidal Nazi leader.

In a letter to the Simon Wiesenthal Center, which had complained about the poster, the university said the students who created it were "unaware of its significance" and had received a verbal warning.

A picture posted on the Simon Wiesenthal Center website shows a young woman in a graduation gown giving a Nazi salute in front of the giant mural, which reads "Congratulation".

"Hitler as a superhero?" said Rabbi Abraham Cooper, associate dean of the Jewish human rights and Holocaust memorial organisation, in comments on the website.

He questioned whether "a genocidal hate monger" was an appropriate role model for Thai young people.

"The Simon Wiesenthal Center is outraged and disgusted by this public display at Thailand's leading school of higher education," he said, adding that the mural had been displayed for days near the university's history faculty.

Chulalongkorn, whose alumni include academics, politicians and other public figures, posted apologies in Thai and English on its Facebook page and vowed to make sure such incidents never occur again.

"I will explain to the students involved and this will be a lesson for others that this man caused tragedy in the world," said Suppakorn Disatapundhu, dean of the faculty of fine arts, where the painting was produced.

The Nazi swastika, Hitler and other images apparently glorifying the World War II regime have caused controversy in Thailand on several occasions in the past and have been blamed on a lack of historical understanding.

In 2011 a Catholic school apologised after students dressed up in Nazi uniform for a sports day parade, some with swastikas painted on their faces.

The incident mirrored a similar parade held by another school in 2007.

In 2009, the Louis Tussaud's Waxworks museum took down its giant poster of Hitler giving a Nazi salute with the Thai-language slogan "Hitler is not dead" after the Israeli and German embassies lodged complaints. 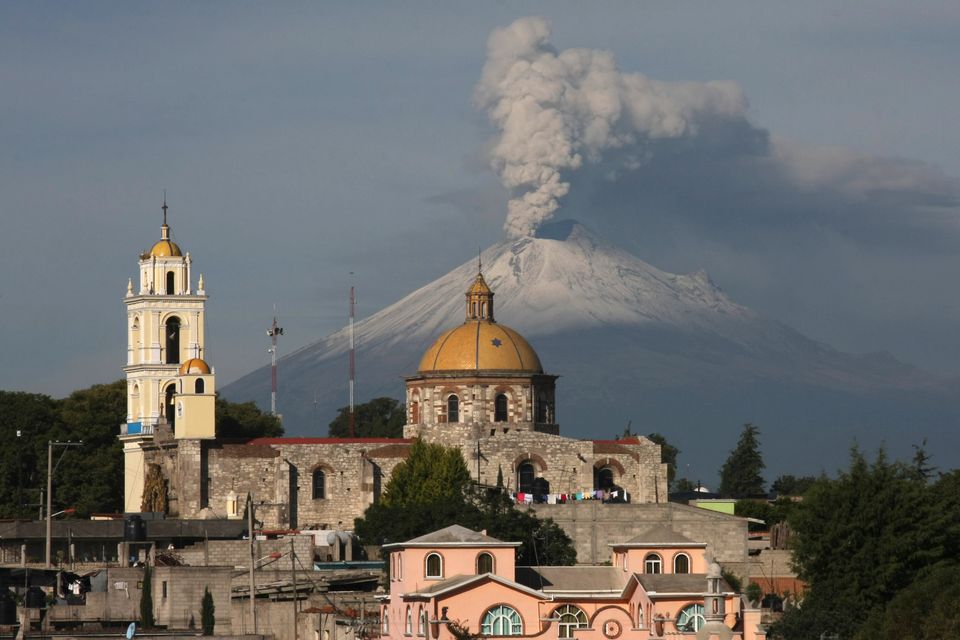 1 / 10
The main church in the town of San Damian Texoloc, Mexico stands in front of the Popocatepetl volcano as is spews ash and vapor early Tuesday, July 9, 2013. (AP Photo/J. Guadalupe Perez)
AP