For the first time ever, Hanukkah and Thanksgiving fall on the same day this year, November 28th. This will not happen again until 79811, or for another 77,798 years. Although I like to imagine that the story above is true, the cause for this freakish overlap is the United States' use of the Gregorian calendar, and the Jewish religion's use of the lunar calendar. Thanksgiving happens to be oddly late this year, and Hanukkah is absurdly early. Thus, Thanksgivukkah is born.

If you're stuck trying to figure out what to bring to your Thanksgivukkah celebration, look no further than the intensely epic, "whoa"-inducing Thanksgivukkah Dreidel Down. A la the KFC Double Down, which uses two chicken patties in place of traditional buns, I'm using crispy potato latkes as the bread for this insane sandwich that celebrates these two food-loving holidays. The Dreidel Down is first piled with Thanksgiving's main event, roasted turkey. Latkes are traditionally served with applesauce, so I added some cranberries to the condiment to bring out some Thanksgiving zing. Putting in a layer of stuffing made from traditional Jewish challah and fresh herbs brings texture and savory spice. Eat this while discussing what you're thankful for and/or lighting the menorah. L'chaim/God Bless America! 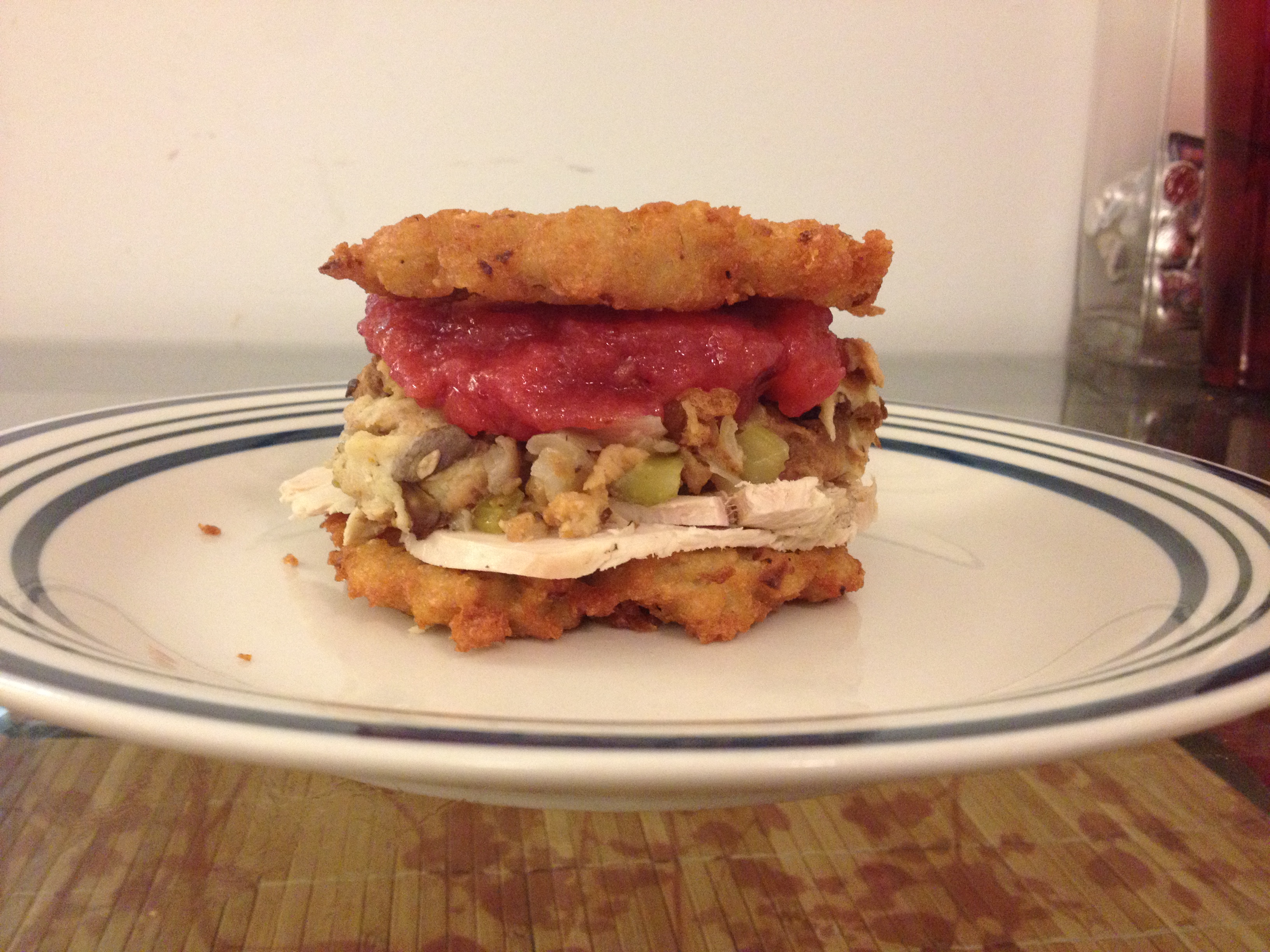 For assembling your Dreidel Down:

1. Place one latke on a plate.

2. Add slices of turkey on top of latke.

3. Place slice of stuffing on top of turkey.

4. Place 2nd latke on top of applesauce to create sandwich. 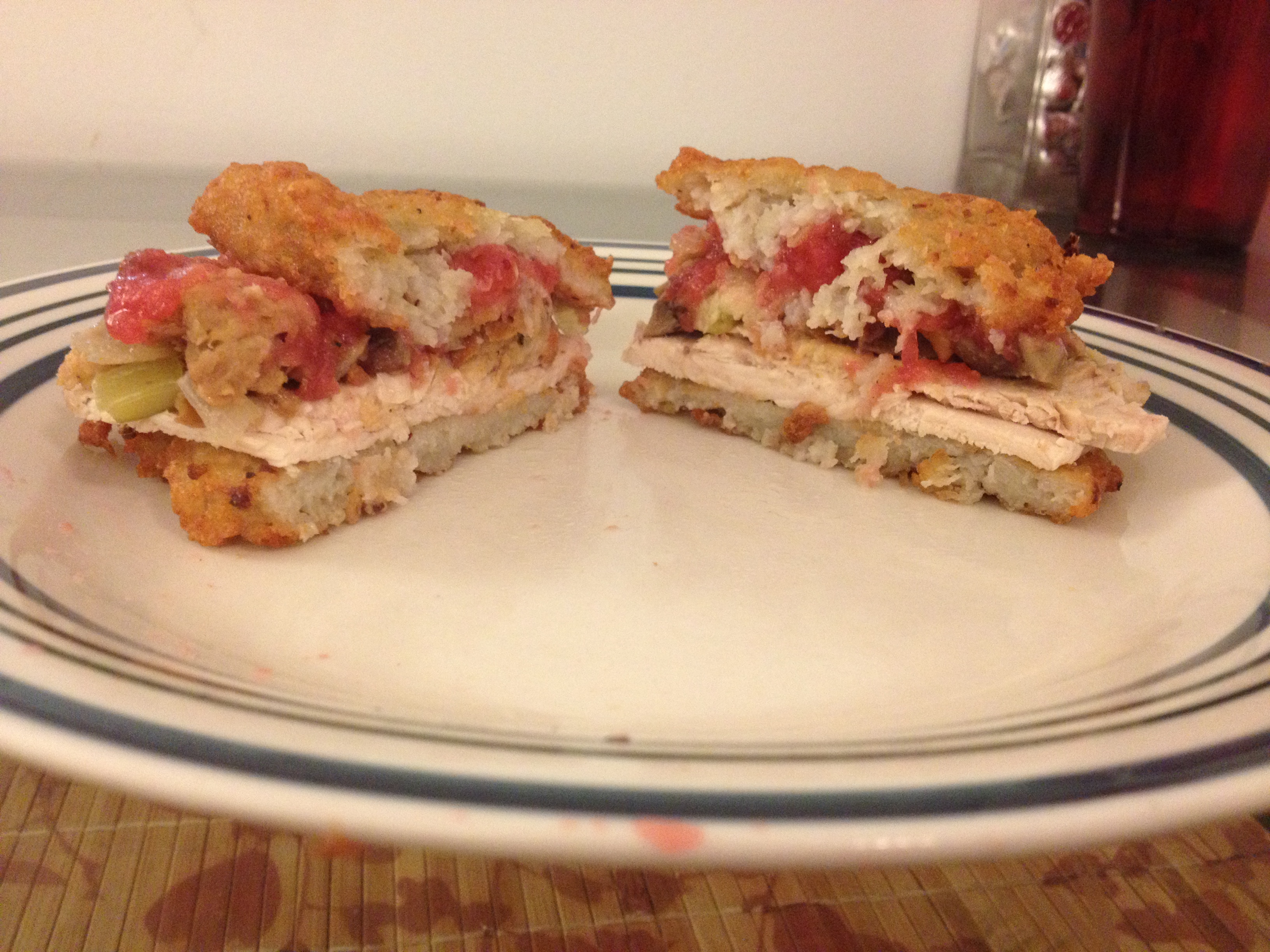