There are some stories that stay with you. They leave a strong impression and become a reference that influences the way we think. A story like this one.

In the late nineteenth century, near the city of Oxyrhynchus, in Upper Egypt, an ancient rubbish dump was discovered. It was an incredible discovery as it brought into surface thousands of manuscripts, containing countless of Greek and Latin literary works. Seventy-five large volumes of the Oxyrhynchus Papyri have been published since then and the restoration of the findings continues to this day. Something extremely interesting happened along the way. But before that, let's have a look at our presence.

The famous quote from Hamlet's contemplation on mortality is probably one of the most famous quotes in the history of theater. Some works of art have became so familiar to us that we feel as if their existence was inevitable. Someone had to write that phrase, exactly the way someone had to paint Mona Lisa's portrait or come up with the first chords of Beethoven's fifth symphony. These works have left such a strong impression to our culture that it's hard to imagine our lives without them. It feels as if these works were always there waiting to be found, a heritage from a primordial source that echoes its sound not only to our future but also to our distant past.

In 1623, John Heminges and Henry Condell put together the First Folio, a collection of Shakespeare's works, including 36 of his plays. Although some of these plays had been already published before, the First Folio is the most reliable source for the Bard's writings. Without this volume we may had lost most of his plays forever. If this is the case with the 17th century works, then we can get an idea of the incredible journey that works originating from the 4th or the 8th century BC have accomplished in order to reach us, 2.500 years after they were created.

About a year ago, Dirk Obbink, a papyrologist at the University of Oxford, announced that two new poems by the Greek lyric poet Sappho, born in the late seventh century BC, have been recovered. A poem about her brothers and another one about unrequited love. Every new discovery of a work from ancient literature is always welcome as a miracle. Sappho's poetry was collected into nine books in the library of Alexandria. Unlike the First Folio, the selection of her poems was lost and today only fragments of her poetry survive. Her legend is mostly based on the reputation she had in antiquity, been known as the Tenth Muse. The most famous fragment that managed to reach our times is also the most indicative of her pioneer vision and unique contribution to our civilization. It is the Fragment 130:

In English is translated like "Once again Love, the loosener of limbs, shakes me, that bittersweet irresistible serpent". There is something unique in this verse, indicative of Sappho's immeasurable importance. In these very words there is a manifestation of a whole new aspect of the human experience, a revelation of a magnificent dimension of our Spirit, the most touching realization of our consciousness. It is not the sensuality of the poem, but a certain aspect of it. This is the first time in known history that someone uses the word "bittersweet" to describe an emotion. Art always preserves within its core an abstract dimension, something that surpasses the effects of form and the significance of the content. It unfolds its power slowly, with a cosmic persistence. A work of art is also a trace. It encompasses aspects of the human experience and creates a vehicle for them. 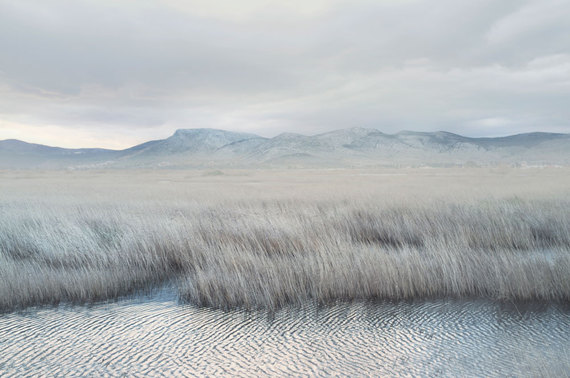 Let's go back to Oxyrhynchus once more.

There were high hopes that many of these manuscripts would reveal some of the great lost masterpieces of antiquity, so each one of these texts was approached carefully with great excitement. These manuscripts date from the first to the sixth century AD. Back then, a book couldn't be massively reproduced, so if someone wanted a copy for his library, he simply had to write it down himself, or pay a professional to do it for him. As this process was clearly hard and expensive, occasionally someone would choose to copy only the sections of a work that he had a greater interest for. Sometimes they would accommodate all these fragments side by side on the same piece of papyrus, so that a monologue from Sophocles would be written next to a Rhapsody from Homer, a poem by Pindar and a diagram by Euclid. Works separated by centuries they were finding themselves one next to the other, mixed up in an existential mosaic. But there is more.

As the archaeologists were performing the restoration of the papyri, they were finding many inconsistencies both in the grammar and the content of these texts. The archaeologists who were studying the papyri came to a surprising conclusion. They realized that some of these texts weren't actually written by a scholar of that period, someone who was preserving this ancient knowledge driven by a greater vision, but they were most likely written by little children who were practicing their spelling and calligraphy at school. Some of their findings could have been the children's notebooks, texts they wrote under the guidance of their tutor, probably wishing that the lesson will be over soon so they could go outside and play with their friends. Yet their texts made it to us and in some cases they managed to preserve something that otherwise would have been lost forever.

Take Sappho for example. We cannot tell who exactly was the one who decided to write down her words and there is no way to track the journey of this fragment through the eons. But her words survived. And they have changed the way we fall in love for eternity. 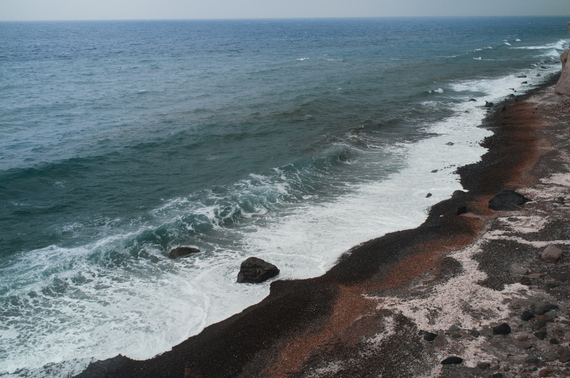