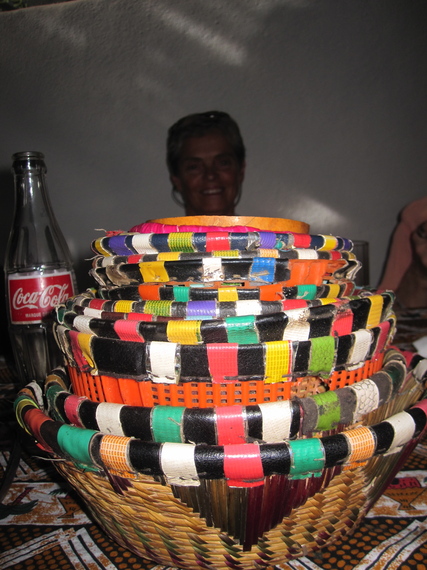 When I went to Bamako, Mali, these baskets are what I expected to find.

Then I went to the Death Market. 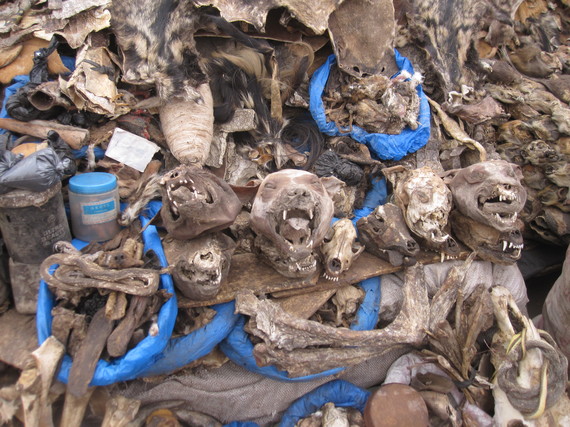 Fun fact: People in the West African country of Mali will say, "The country is 80 percent Muslim, 20 percent Christian but 100 percent Animist." Which means that everyone carries amulets, "passports" (leather pouches) and rings that are all full of magical potions created by a witch doctor... and that are made with all sorts of animals parts. Which also explains why Mali has almost no wildlife to mention, as every animal has been hunted to the point of extinction (Which is awful, except for the times you are forced to camp on the side of the Niger River in No Man's Land and have to get up to pee at night. The absence of crocodiles comes in handy then, and only then). The dearth of crocodiles in Bamako is even more ironic as "Bamako" is taken from a Bambara word meaning "Crocodile River"... not so much anymore, just saying.

The main Witchdoctor (aka Death) Market is in the capital, Bamako, where you can find every animal that roam(ed) the country in a state of decay. There are hippos, hyenas, snakes, birds, dogs, lions... and hedgehogs. All waiting to be ground up into powder, blessed and put into a pouch so the wearer can traverse the Sahara or the Niger safely. For $2 you can videotape the stalls and take pictures -- all while trying not to gag on the smell which is... potent, to say the least.

It's not all gross gore -- I did find one living thing in the Witchdoctor market... Penny the Hedgehog. Read all about Penny's rescue (and see some awesome pics and Video!) by CLICKING HERE.

How cute is Penny? I swear she's even cuter on video. 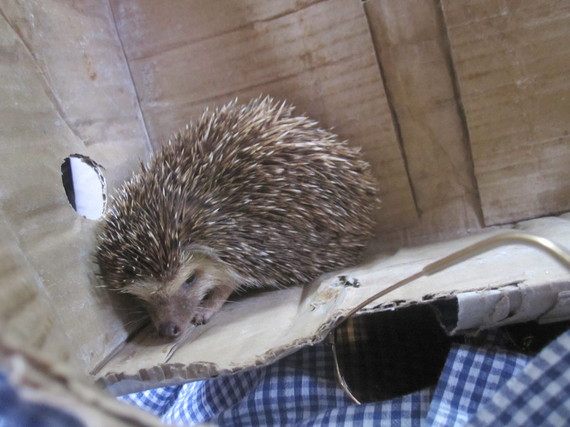