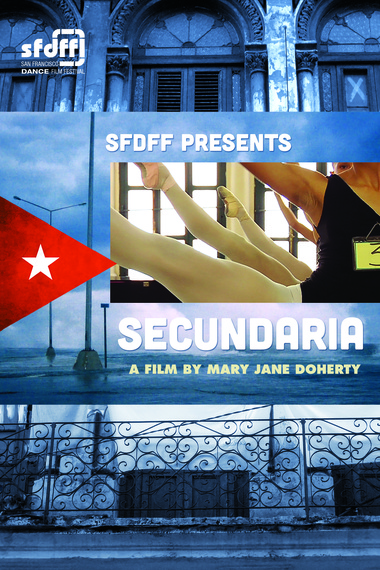 San Francisco may boast more Cuban ballet stars per square mile than any other dance capital outside Havana, but then tiny San Francisco boasts more than its fair share of a lot of cool things. So, on May 14, when the San Francisco Dance Film Festival airs the West Coast première of Secundaria (High School) -- a candid look at the lives of students at the world-famous National Ballet School in Havana -- expect Cuban dancers to be out in full force.

Filmmaker Mary Jane Doherty knew nothing about ballet until her interest was piqued, back in 2006, by a short news item about the defection of 14 Cuban dancers. On an impulse, she went down to Havana, with no introductions, and ended up making 21 trips over three years to document the lives of three gifted teenagers at the legendary institution that for several generations has cultivated some of the world's most exciting ballet dancers, known for their prowess in spinning, their miraculous balances and, above all, their attack, their passion on stage.

Doherty's camera meanders, capturing in subtle detail the rigor of daily drills, the thrill of competition and the terror and heartbreak that accompany a high-risk, life-altering decision -- all against an evocative soundtrack of classical and Afro-Cuban rhythms. Stray moments convey, with few words, the everyday struggles, the triumphs and frustrations, the fierce pride shared by teachers and students, the anxiety that besets parents. 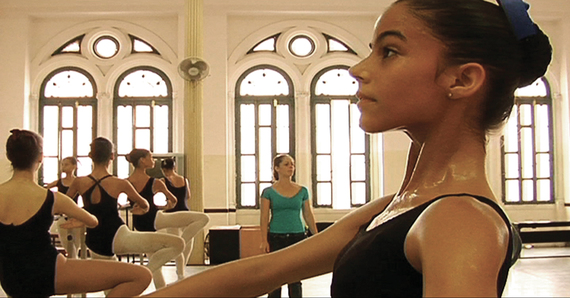 Even though acceptance into the highly selective school gives students a shot at fame and the prospect of financial security for their families, economic circumstances are far more daunting than at comparable state academies in Russia and France. We watch in dismay as a national tour is cancelled simply because a working bus cannot be found in the entire city of Havana to transport the students. Students wash their tights in cracked buckets of water. One of them wins 500 euros in an international competition, about three times her mother's annual salary, but the school commandeers the prize money to buy much-needed DVD players. The shadow of authoritarian politics extends over all, yet Doherty makes little comment, simply revealing what everyday life looks like for these chosen few.

In one priceless moment, we learn how a teacher accused her hard-working students of slacking off, and suggested that if they don't have what it takes, they should just go and study economics.

Of the three young dancers whom Doherty followed in this film, one is now dancing in the United States: Mayara Pineiro, 15 when Doherty started filming, is now 23 and a dancer with Milwaukee Ballet. Ballet to the People reached her during the bustle of preparations for next week's world première of Mirror Mirror, a dark, modern riff on the tale of Snow White by Michael Pink. Pineiro, cast as a White Silk Dove and also as an evil Spirit, sounded thrilled: "Rehearsal for this ballet has been amazing. The choreography is so challenging. It's a completely new and different story from the traditional fairy tale -- it's like an abstract painting, unfolding with gorgeous scenery and costumes." 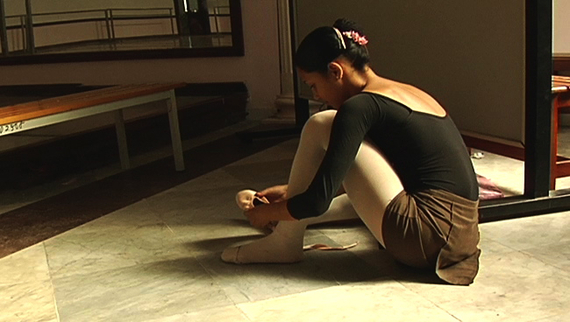 As Pineiro steps on to the stage in Milwaukee, audiences at the San Francisco screening of Secundaria on Wednesday night will get to travel back in time and see her at 15, 16 and 17, being molded by her teachers in Havana. And Cuban dancers who have blazed the trail before Pineiro -- including San Francisco Ballet's Lorena Feijóo, Taras Domitro and Joan Boada and Ballet San Jose's new Artistic Director and former American Ballet Theatre star, José Manuel Carreño -- will join Mary Jane Doherty for a post-screening conversation about their own experiences as young dancers training in Cuba, and about their individual journeys to stardom far from home.

This screening of Secundaria and a post-screening reception at the Elite Café (with hot Cuban jazz music provided by SF JAZZ) will raise funds for the San Francisco Dance Film Festival, slated to take place in November. The festival will not only air some of the world's best dance films, but will also commission three brand new Co-Laboratory films, and host an evening of dialogue between two dance legends, filmmaker Frederick Wiseman and LINES Ballet founder Alonzo King.

Catch the West Coast première of Secundaria on Wednesday, May 14th at 7 p.m. at the Clay Theatre, 2261 Fillmore Street, San Francisco.