"The Wiz Live!" premiered on Thursday night, and it was well worth the wait. From the spectacular costumes to Amber Riley flexing her vocal chops when singing "He's the Wiz" to Shanice Williams' beautiful rendition of "Home." But one scene stealer that had Twitter abuzz was the unexpected voguing from the citizens of Emerald City.

Viewers knew that modern dances such as "the Nae Nae" would be incorporated into the live event because that had been previously revealed by Tony award-winning director Kenny Leon. So when Common, who played the bouncer, was giving Dorothy and her squad (Scarecrow, Tin Man and the Lion) a hard time regarding entry into Emerald City... we just were not ready for what actually was behind those doors.

Emerald City in "The Wiz Live!" was reimagined as a lush and glowing, green-colored land of spectacular voguing dancers who were serving up slick dance moves while chanting, "Serve, slay, beat, fierce."

Laverne Cox tweeted about the scene and looks like she was here for it.

Voguing, which originated in the black and Latino gay communities, was actually on a live, nationally televised event and it was spectacularly executed.

Check out some of the best tweets about the Emerald City vogue scene below.

I'm down with the kryptonite vogue dance club. #TheWiz

In love right now with #TheWiz they had me with the vogue scene!

Culture appreciation at its finest. Props! 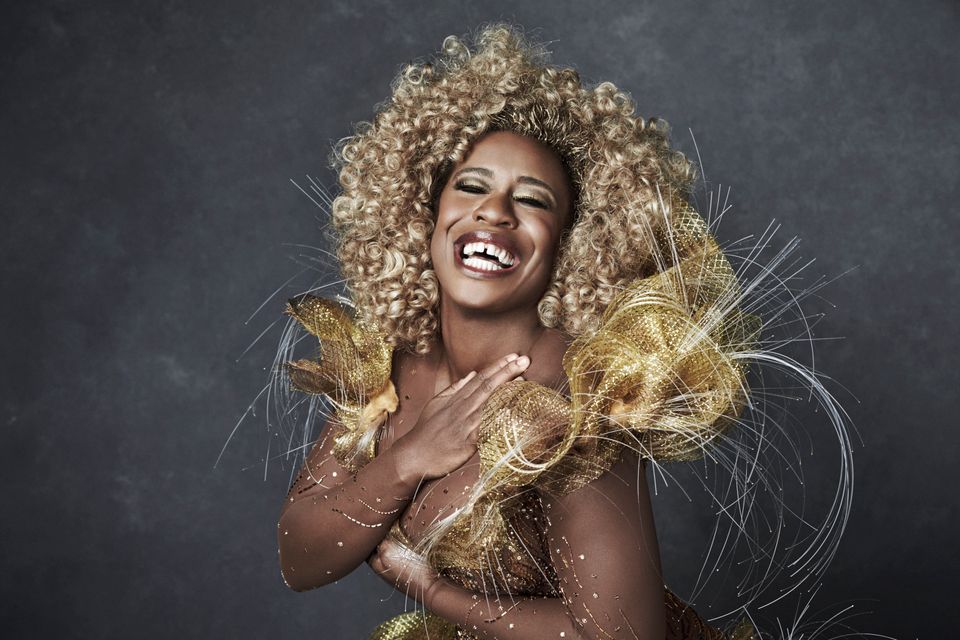