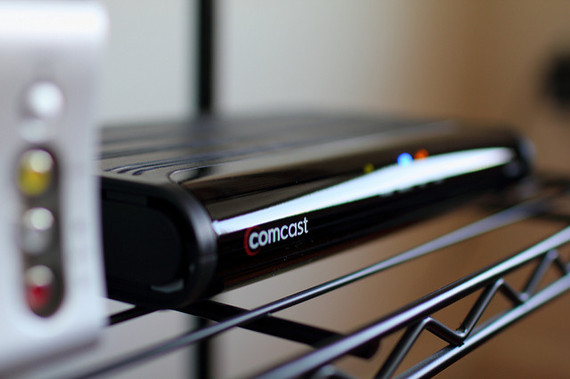 On February 18, the Federal Communications Commission (FCC) approved a Notice of Proposed Rulemaking (NPRM) to formally propose allowing third-party manufacturers to make and sell set-top boxes. Additionally, the proposal would require cable and satellite providers to share their content with set-top box manufacturers.

If the FCC's decision is upheld, after a formal vote later this year, it could both lower monthly cable bills and provide easier access to Internet-based programming. The legislation is borne out of the current monopoly in the cable industry. If you want cable programming in today's market, providers can essentially force users into renting a set-top box -- something cable companies have been doing for several years. But the FCC proposal aims to put a stop to that cable box cartel.

According to a recent statement from FCC Chairman Tom Wheeler, the cost of cable boxes has risen 185 percent over the past 20 years, while the cost of other electronics like computers and mobile devices has dropped by 90 percent. The actual cost breaks down like this:

The FCC's proposal could change much, if not all, of those current costs and distributions. If the upcoming formal decision upholds the FCC's proposal, cable companies will be required to work with new third-party box and app developers to produce new set-top box options. They will also have to allow integration with existing devices, which include gadgets like Chromecast and Roku, as well as tablets, laptops, and smartphones.

Potential Proposal Benefits
For consumers, the success of this proposal means more options. You wouldn't be forced to rent a provider's set-top box. Instead, you could opt for a TiVo Bolt, Apple TV, or other device. That flexibility could end up driving some drastic savings on monthly bills.

The proposal also has the potential to push more unique programming. One of its main goals is to expand access to independent and diverse content. That means streaming sites like Amazon and Netflix may get more viewing time, enabling further development of original series and specials.

Wheeler's statement on the proposal highlights one more potential impact: fewer overall gadgets and devices per household. You won't need five separate controllers and boxes to switch between cable and Internet programming. Rather, you will be able to choose how and when you watch your favorite TV and streaming shows, and seamlessly switch from one to the other.

Cable Industry Backlash
Cable companies aren't happy about the proposal. They argue that the changes stifle innovation, pose privacy and security concerns, and increase the potential for copyright infringement. They also suggest that consumers will lose out in the end, as they did with the AllVid proposal a few years ago.

Wheeler says the criticism is ludicrous and maintains that competition will increase innovation. He points to similar examples from history, most notably the telephone. Competition and consumer choice didn't end the telephone industry, and he's confident they won't destroy cable, either.

Pay TV providers, which include cable, satellite, and telecom companies, will have to rethink how they offer service, but Wheeler doesn't see that as a bad thing. "The proposal is about one thing: Consumer choice," says Wheeler. "You should have options that competition provides. It's time to unlock the set-top box market -- let's let innovators create, and then let consumers choose."

Ensuring Savings in an Uncertain Future
Wheeler's words resonate with many consumers, but the formal proposal still has yet to pass. If it does go through, most cable subscribers likely won't see any immediate changes. Analysts believe the shift will occur over the course of several months, though Wheeler's priority is simply to get the new rules approved before the FCC changes leadership at the end of the year.

But even if the proposal fails, this plan has provided one great service: to prove that cable companies aren't invincible. Consumers can face the future with the knowledge that healthy competition can produce solid savings on a monthly cable bill. So bargain for better service with your current provider. Compare your programming to other local providers' cable packages. If you find a plan that would be more cost-effective, let your provider know. Enough consumer voices pushing for the same thing can have a surprising effect.

Yes, this FCC proposal could save you money and give you better programming and hardware features in 2016. However, you are not without options of your own. As a consumer, you have the ability to take charge of your cable TV service and start saving money now.