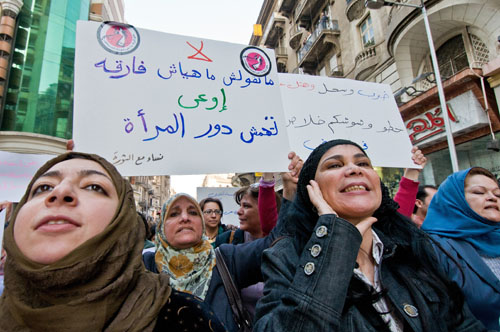 "The 21st century asks colleges to re-conceive the mission of gender equality on a global level. It also provides an opening to do this in a globally collaborative way that informs and advances all." -- Jane McAuliffe. Photo courtesy of Tatiana Philiptchenko.

Gender equality can become a lived reality if citizens of the world continue to make it a global goal. In The Global Search for Education: Women, I begin to explore the enormous moral and socioeconomic ramifications of gender inequality as well as the powerful argument for education as the agent for transformation. Education is clearly the paramount weapon we can use to bring about change in the war on gender inequality.

I remain committed to playing my part in continuing to educate others on the problems as well as the innovative solutions that individuals and organizations all over the world are identifying each day to attain gender equality for all in the 21st century. Earlier this year at the fourth Green Templeton College Emerging Markets Symposium at Oxford University, world authorities on the various forms of gender discrimination and inequality shared their views, including Sir George Alleyne, Sir David Watson, Governor Madeleine Kunin, Meg Jones, Linda Scott, Jane McAuliffe, Suman Bery, Dian Gomes, Mary Elizabeth King, Jeni Klugman and Ian Scott. They agreed to continue the conversation with me in this new series about gender equality. In today's article, I connect with Sir David Watson, Principal of Green Templeton College at the University of Oxford; Madeleine Kunin, former Governor, U.S. Ambassador and Deputy Secretary of Education; Professor Linda Scott, DP World Chair of Entrepreneurship and Innovation at University of Oxford; and Jane McAuliffe, President of Bryn Mawr College. 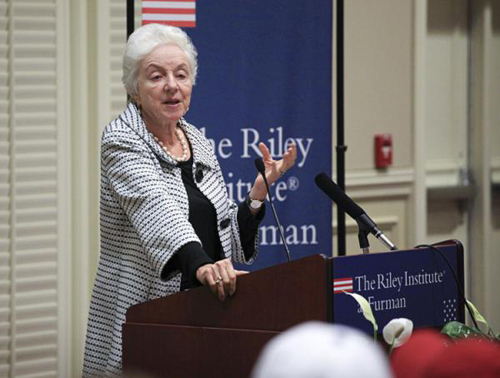 "When women unite, they can be a powerful force. No political or social revolution was achieved without difficulty. Women must be prepared to not only express their demands, but also to sustain them." -- Governor Madeleine Kunin

Sir David: We talk about the need to empower more girls by giving them better access to education. How do you see the situation?

Sir David: In the UK - and in several other national systems - the hairpin of higher aggregate academic achievement by girls opens up early and widens across the years. It now has its analogue in the significantly higher proportion of women in higher education (HE) across the developed world. Meanwhile, in many countries in Africa and South and West Asia, girls do not continue as regularly through second education, and as a consequence are also missing from HE.

These disparities - in either direction - mean wasted talent and distorted views of what men and women ought to be able to achieve. The problems are cultural (including in certain cases religious), economic, and political; and they will vary by context. The same will be true of the solutions.

What kinds of steps do you think will be the most effective?

Sir David: There is one overarching goal on which educators can work everywhere. That is to release the power of the imagination about a fairer, more respectful and cooperative world - including in eliminating gender discrimination. At the fourth Green Templeton College Emerging Markets Symposium earlier this year, which focused directly on gender inequality, delegates were able to identify some genuinely progressive narratives about, for example, "stretching" the commitment of faith communities to incorporate gender equality; using mass communications (and entertainment) to underpin more positive role models (of women and men); and critically exploring each gender's expectations of the other. There is a long journey to be traveled, but it can begin in the classroom. 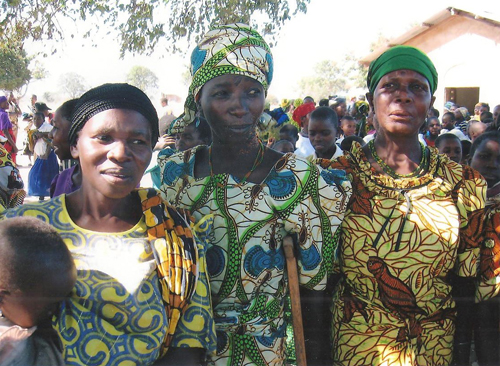 "I believe the most important thing the private sector could do to ensure an equal workplace would be to sincerely focus resources on tracking, target-setting, and measuring the compensation and advancement of women in their own ranks."
-- Linda Scott

Governor Kunin: What role can the women themselves in emerging markets play in accelerating the steps to bring about gender equality?

Governor Madeleine Kunin: The most direct way women can play a role is by telling their own stories and making themselves seen and heard. This can range from running for public office to marching in the streets. In some countries, political activism is more dangerous than others, but remaining silent and wringing our hands is no longer an option. The best indirect way for women to advance their status is by getting an education.

It is important for women of all income groups and religious and ethnic backgrounds to stand together. When women unite, they can be a powerful force. We must support one another. Gender equality often begins in the home before it enters the political arena. When we educate our daughters with the same expectations as our sons, they will have high hopes for themselves. Men cannot be ignored because they continue to dominate the power structure. Wherever and whenever we can form partnerships with like-minded men, women must do so. No political or social revolution was achieved without difficulty. Women must be prepared to not only express their demands, but also to sustain them.

Governor Madeleine Kunin: Education remains the single most important key to gender equality. In order for women to have greater access to learning, education must become more affordable and safety has to be assured. Despite the barriers that many women face as they seek a better life for themselves and their families, they have to hold on to their dreams if they are to fulfill their dreams. We now have the facts that tell us that when we improve the condition of women, the entire society benefits by enjoying better economic conditions. Equal opportunity for women and girls to achieve their full potential is not only a moral issue, it is an economic issue which will improve the human condition.

The most recent example I have of social change is the gay and lesbian rights movement, which created dramatic cultural and legal changes in a record period of time. When I was first elected governor, I spoke at the first gay pride march in Burlington, Vermont, my picture was in the newspaper, and someone scotch taped it to a cash register in a store with a red circle and slash over it. I never dreamt the day would soon arrive when the President of the US would announce his support for same sex marriage. Change is possible. 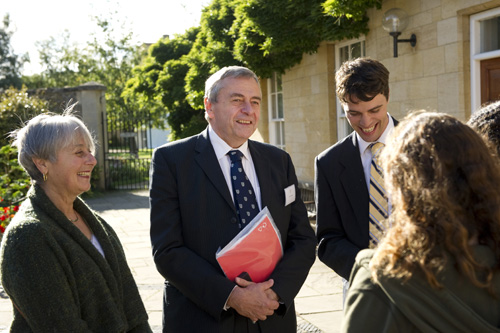 "At the fourth Green Templeton College Emerging Markets Symposium, delegates were able to identify some genuinely progressive narratives about, for example, "stretching" the commitment of faith communities to incorporate gender equality; using mass communications (and entertainment) to underpin more positive role models (of women and men); and critically exploring each gender's expectations of the other."
-- Sir David Watson

Professor Scott: What can private firms and corporations (national and international) do to promote women's equality in the workplace and in society?

Linda Scott: Many companies are engaged in elaborate programs to help poor women in developing countries. This work is historic, important, and admirable. Yet there remains significant workplace inequality in the postindustrial nations -- and these businesses are turning a blind eye to their own local problems. Inequality is visible, for instance, in the continuing phenomenon of unequal pay, which can be seen in the nation level data, even when all legitimate contributing factors are controlled and jobs are made comparable. This is disturbing because equal pay for equal work is the law in all the so-called "advanced" countries. Unequal compensation and advancement are intimately linked with childcare issues, but family matters do not explain these figures fully. I believe the most important thing the private sector could do to ensure an equal workplace would be to sincerely focus resources on tracking, target-setting, and measuring the compensation and advancement of women in their own ranks. This should be done in an open, transparent manner. Without attention to the bread-and-butter issues that affect the women who work for them, flashy philanthropic programs are hypocritical.

President McAuliffe: What can elite women's colleges in the U.S. and elsewhere do to sensitize future female leaders to the need to absorb and integrate gender equality into their approaches to the world?

Jane McAuliffe: The issue of gender equality is integral to the history and character of women's colleges in the U.S. While single sex institutions elsewhere sometimes simply reflect cultural patterns of gender segregation, those that arose in the U.S. placed women's rights and empowerment at the center of their foundational missions. Generally established in the pre-suffrage era, they embraced the grand idea that the aggressive pursuit of higher education in an environment that encourages young women to think critically and speak openly would not only change those particular young women but would transform U.S. society as a whole. Indeed this is precisely what happened.

The 21st century asks colleges to re-conceive the mission of gender equality on a global level. It also provides an opening to do this in a globally collaborative way that informs and advances all. American women's colleges can bring 150 years of educating women to be leaders in the U.S. to a conversation that now includes students and colleagues around the world. They can form partnerships with like-minded institutions elsewhere, develop internationally collaborative curricula, and open their admissions and financial support to international students who lead change when they return home. They can convene international symposia that assemble the brightest minds to keep gender equality in the forefront of public consciousness. And they can guide students in building international friendships and connections that illuminate and engage them in each other's projects of equality. Gender equity is unfinished business everywhere; working together we can make it everyone's business.