Every school child can recite this exhortation from Franklin Delano Roosevelt's first inaugural address: "The only thing we have to fear is fear itself." Fewer Americans, however, remember how FDR revisited this theme in his 1941 State of the Union address to Congress:

Roosevelt understood that fear is an insidious form of oppression. It holds us back and severely limits what we can aspire to or accomplish. Indeed, Roosevelt further defined fear as a "nameless, unreasoning, unjustified terror which paralyzes." Our Founding Fathers incorporated a similar sentiment in the Declaration of Independence when they identified "the pursuit of happiness" as an unalienable right. No one can truly be happy if he or she is afraid. Fear is debilitating, and it's all for naught. Fear saps our strength and wastes both time and energy. It's like the concept of "wasted calories" in reverse. We expend a great amount of energy without reaping any benefit. 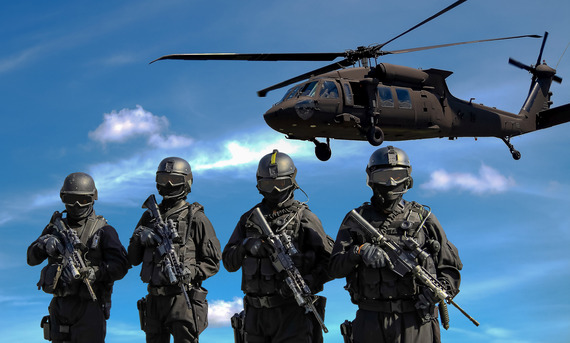 Fear is an affect. It's a powerful emotion that bubbles up from deep inside. When you combine that understanding with the fact that the word courage derives from the Latin word for heart, it's an easy extrapolation to the concept that most of the fears that hold us back are internal rather than external. Fear is based on feelings not logic. It is a hard-wired response to every threat - real or imagined. But even if the threat is only imagined, it doesn't make the fear any less real or painful. Unless addressed, fear can be a constant tormentor. Our deepest fears do not come and go. They are always present in the back of the mind - at least until a catalyst propels them front and center.

In a very real sense, fear is a choice. Abraham Maslow, the American psychologist who is best known for his "hierarchy of needs," believed that every single day, in most every thing we do, we have the choice to move forward and grow or step backward into our safety net. In his classic Toward a Psychology of Being, Maslow explains:

Every human has both sets of forces within him. One set clings to safety and defensiveness out of fear, tending to regress backward, hanging on to the past...afraid to take chances, afraid to jeopardize what he already has, afraid of independence, freedom and separateness. The other set of forces impels him forward toward wholeness of Self and uniqueness of Self, toward full functioning of all his capacities, toward confidence in the face of the external world.

When you combine FDR's words with Maslow's you get a vivid picture of what's happening to the national psyche, and the calculating strategy the GOP has embraced to strike terror into the hearts of every American. Whereas FDR endorsed a freedom from fear, the GOP presidential candidates have taken a diametrically opposite approach. They want to win an election by instilling fear. They want to regress and hang onto the past, using Maslow's words. They utilize fear to bully and shackle voters rather than grant them the freedom to think for themselves. By casting our military as weak and woefully underfunded, our borders as sieve-like expressways for marauding jihadists and rapists, and our economy a huge disaster, the GOP candidates promote a horrific worldview that can only be righted by arming every single American man and woman, carpet-bombing cities and nations, burning more coal and oil, restricting immigration to northern Europeans, and closing every Planned Parenthood facility. And who better to accomplish all this than a Republican president?

I'm certain that FDR is rolling over in his grave along with the Republican patron saint Ronald Reagan.