The Sufi shrine where the Shia saint Sher Shah is buried is a simple structure. Sitting in an open field in a village called Bhambha, on the outskirts of Lahore, the building's pointed dome is painted dark green. Its spire is topped by a sculpture of a right hand: a Shia symbol. Orange flags--characteristic of Sufi shrines--fly from the building's roof. A few malangs, volunteers who watch over the dargah, usually sit around the property, their hair and beards untrimmed. Had I simply been driving past, little about the structure would have seemed unique.

But throughout the area, the shrine is known for a feature that makes it remarkable among Muslim dargahs: a collection of cows. The cows are considered sacred by many, with devotees often bringing them offerings, such as grass to eat, money for the shrine and food for the malangs. I visited the shrine in February, eager to see its cattle, but they were nowhere to be found. The property is managed by the grandson of Sher Shah, Shadi Shah--a thin man with a jet-black moustache. The cows, he told me, were out roaming the surrounding area in two separate groups, each led by some of the malangs. The entire herd returns to the shrine for an annual festival, arranged on Sher Shah's death anniversary. But the strength of that herd has waned in recent years. "At one point we had hundreds of cows, but now we only have 70 to 80," Shadi said. "That is because the devotion of the people towards this holy animal is declining." 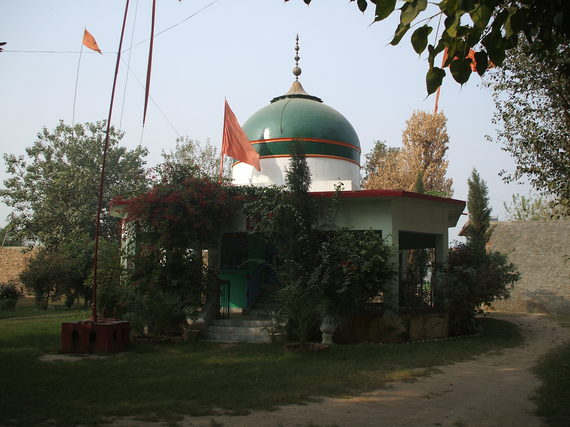 Many in Pakistan denigrate the idea of piety towards cows, believing it too reminiscent of Hinduism. This is not the only manner in which the Shah family's practice of Islam differs from the Pakistani norm. As Shia Muslims, the family is part of an often targeted religious minority, in a country that is over 80 percent Sunni. They are also custodians of a Sufi shrine; Sufism encompasses a culture within Islam that is often likened to mysticism and disparaged for its focus on saints. Today, the type of religious syncretism that the Shah family embodies is threatened by a tide of orthodoxy sweeping Pakistan. The changing fate of their cows provides a window into this dynamic.

Sher Shah, who belonged to a long family line of Shia saints, originally had a large dargah located in Karyana--a village in the Indian state of Punjab. While in Karyana, Shadi told me, his grandfather "had Sikh as well as Muslim devotees." The tradition of the sacred cows began in the Karyana shrine, well before the creation of Pakistan, when one of Sher Shah's devotees presented him with a large herd of cows--about 2,000 of them, Shadi told me. When Partition happened in 1947, many of Sher Shah's Sikh devotees told him to stay in India, saying they would protect him. "But those were dangerous times," Shadi said. The family immigrated to Pakistan, bringing about 80 cows with them. Pakistan's new government allotted them the Bhambha shrine. The Shahs now reside near the dargah, in an abandoned gurdwara that has been converted into living quarters.

The Shahs still correspond extensively with some of the Sikh devotees who are the new custodians of the shrine in India. In Shadi's shop, where he spends most of his time, a small photograph stuck to the wall shows the Karyana shrine--a white building with an open courtyard, porticoes and a green dome. "They have maintained the shrine as we left it," he said, speaking of the Sikh devotees. "Every year," Shadi said, the Sikhs "arrange a festival at our shrine on the same day as we do here at the shrine of Sher Shah."

Soon after the Shah family arrived in Bhambha, Shadi told me, the villagers began to regard the shrine's cows with reverence. "Because of their association with the shrine and the saint," he said, "people started regarding them as blessed." After that, devotees started to bring gifts of cows. Many came to refer to the herd at the shrine as babe di gawan--cows of the saint. People started realising, Shadi said, "that if they brought food for the cows, their wishes would be granted."

Many of the locals, who were predominantly Sunnis, developed superstitions about the cows. The cattle "would walk through people's fields and eat their crops," Shadi said, and people would do nothing, because they believed that "if they did any harm to the cows, they knew that harm would fall on them as well."

These superstitions could even work against the shrine's interests. Sometimes, in order to keep up with the costs of necessary renovations, the Shahs had to sell a cow. But often, Shadi said, "no one was willing to buy the cow of a saint." He told me of an incident when a local man tried to buy one. The man practiced Wahhabism--a sect of Islam that strictly adheres to literal interpretations of the Quran, often shunning practices it perceives as less pure, including Sufi traditions. "Everyone warned him against buying the cow," Shadi said. But the man was sceptical, mockingly asking, "Will the saint break my leg?" And then, Shadi said, "As soon as he bought the cow, his leg broke. The next day, he returned the cow to us."

Now, belief in many of these superstitions is declining, along with the community's reverence for the cows. "People now have no scruples in buying and eating this cow," Shadi said. "This is due to the influence of Wahhabism in Pakistan. They have stopped believing in such religious traditions."

According to the Pakistani historian Tahir Kamran, Wahhabism has always had a minority presence in the country. It rose to prominence in the 1980s, when Saudi Arabia began funding Wahhabi madrasas in Pakistan. After the militant attacks of 11 September 2001, Kamran said, Saudi Arabia "invigorated" the funding flowing to Pakistan. This, he said, has caused a "dehistoricisation" of society, leading today's Pakistani Muslims to move "away from their culture," shunning traditions such as Sufi shrines, and gravitating instead towards a "literalist interpretation of Islam."

Whatever is causing the change in attitude among Bhambha residents, the Shahs' shrine has been sorely feeling its effects. "Our cows have little bags around their necks in which people used to put in their offerings," Shadi said. "The offerings have reduced over the years." Saeen Shoukat, a senior malang at the dargah, told me that earlier, "these cows were regarded as sacred by a large segment of the population. People would touch their hooves for blessings. They would pass their children from under the cows and have them oil the cows' horns." Now, he said, "all of these practices have slowly faded away." 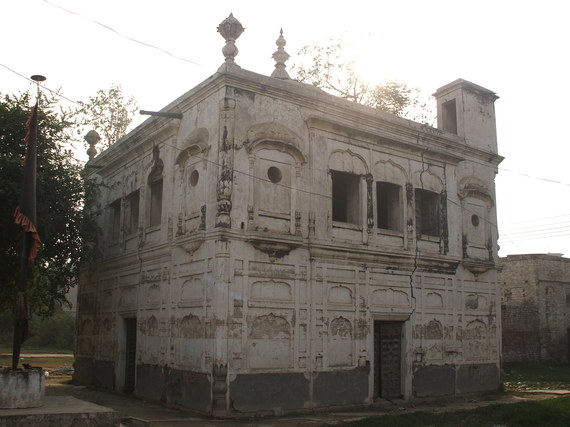 Eager to hear the perspective of someone from the wider community, I entered a nearby kitchenware shop and spoke to its owner: Muhammad Javed, a middle-aged man with a beard and a skullcap. "Nobody worships the cows," he made clear, with a tone that was almost apologetic, seemingly aware of the tradition's potential to cause controversy. "These cows keep on roaming around, but no one puts any money into their bags. It's just that no one harms them as well, knowing that they are the cows of the saint. If they come and eat something from a stall, people just softly nudge them away."

This article was first published in The Caravan