Imagine living everyday with the fear of being deported. Not having any help surround you with the nearest town being an hour away. That is the everyday life of the people of Candelaria, Texas. Alberto Garcia is a writer and producer that is looking to shed some light on this issue with his documentary, “The Lost City”.

Garcia shared his story with me, talking about the time when he first moved to the U.S. and having his and his family’s visa expire. He once lived with that fear that at any given point you can be deported and your life can change drastically. Personally experiencing what the people of Candelaria live with everyday led Garcia to start this documentary.

‘The Lost City’ and Alberto Garcia

Q: What was it like experiencing being an immigrant in the United States?

A: I was brought to the states from Mexico when I was five or six years old, my sister, my older brother and I. We went to New Mexico where we were brought on a visa and once the visa expired we lived undocumented for about six years. Luckily, in the 1980s the situation regarding undocumented citizens wasn’t like it is today. Right now there is a lot of animosity towards undocumented people. I remember being in elementary school and every time I would see a cop or some kind of an authority figure, I felt that fear because I knew we weren’t supposed to be there.

Q: How did you get so interested in this specific little town?

A: My local priest introduced me to Candelaria. He knows that I am a filmmaker and that I create films about immigration issues. Candelaria is in Texas and it’s sister city is San Antonio del Bravo in Chihuahua. My mom is actually from a city three hours away from Chihuahua.

Q: If the majority of the people living in Candelaria are undocumented, don’t you think that filming this could bring the undocumented issue negative attention?

A: Border Patrol and ICE know that they’re living there without papers. Now why don’t they get deported? I really don’t have an answer to that. The thinking behind it is that maybe it would be too costly to deport them because next week they’re just going to be back in the same place. It’s almost an unspoken thing, sad really. They leave them there as long as they don’t venture any further than that small community.

Q: With your experience obviously serving as influence, what is your main goal in creating “The Lost City”?

A: Like I say with every film, it is a creative challenge and coming up with the funds and hiring people is always going to put you in a difficult position. I am looking for people to see what it’s like living there. Maybe even give a helping hand. If they can go there and do something for those people, why not?

San Antonio del Bravo and Candelaria are only separated by a river. The people of Candelaria want the best for their kids and seeing as the schools in San Antonio del Bravo are in shambles sending them to the American school is the best option. They risk their lives everyday with the possibility of being caught, but with the hope of a better future pushing them along.

Alberto Garcia is currently trying to raise funds for his documentary “The Lost City” on Kickstarter, a creative website that allows artists with ideas to fund their own projects. The way it works is you can donate to the project and if the creator reaches the amount of money they need by a certain time they can proceed with their creation, if not then everyone that invested in the project gets their money back.

Click here if you would like to help Alberto Garcia with funding for his documentary “The Lost City”. Watch a preview on the film below.

The undocumented immigrants of Candelaria 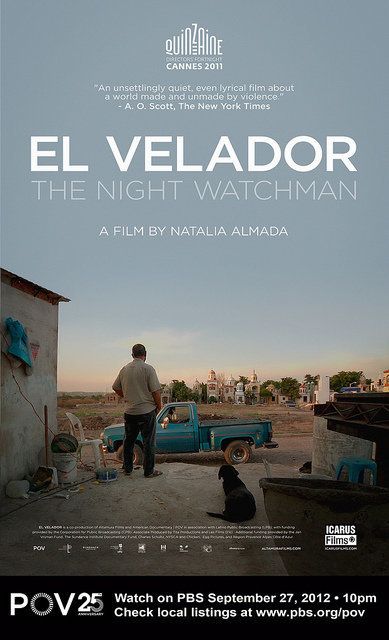