As Labor Day comes and goes and the new school year begins, politicians and world leaders are trying to find solutions to the many conflicts still raging around the globe. In Europe, the situation in the Ukraine is undoubtedly the most pressing, along with the migrant crisis. A little over a year ago, many commentators feared that a Third World War might erupt over the conflict in the Ukraine.

The Minsk protocols seemed tenuous at best and the future of the region uncertain. Yet as autumn rolls around, the conflict has been largely contained and its outcome is being decided around a negotiating table instead of on a battle field. Much of the credit should be placed in the able hands of politicians and diplomats from Belarus and the set of intense negotiations that have taken place in Minsk, the nation's scenic capital which dates back to the 11th century. Ukraine and Russia seem ready to finally put down their arms and reach a settled agreement--and this is no small accomplishment. 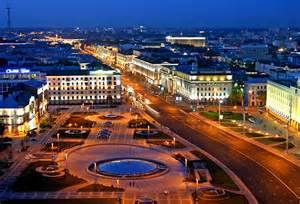 For a little over a year, Minsk has pulled every lever and gathered negotiators in as many groups and sub-groups as humanly possible in order to help bring Ukrainians and Russians together. In fact, in some secret back door diplomacy, Russian and Ukrainian diplomats loathe to be seen together in public have been happy to meet and confer inside the regal President Hotel. It is there that the members of the so-called "Normandy Quartet"-- France, Germany, Ukraine and Russia -- have hammered out the deal points that will hopefully be implemented by the end of this calendar year. As Russian Foreign Minister Sergei Lavrov recently noted in a September 1 speech delivered at the prestigious Russian Institute of International Relations (MGIMO), the Minsk Agreements are "no mere political whim" but rather a respected set of protocols that have received the U.N Security Council's seal of approval.

It hasn't been easy. A little over a year ago when the first meeting of the contact group was held in Minsk, few people could imagine the scope or importance that these negotiations would reach. Within months the Minsk Process, as it is known, has been hammered out over the course of numerous meetings by world leaders including German Chancellor Angela Merkel and French President Francois Hollande. This led to the so-called "Normandy Quartet" countries negotiating the first Minsk agreements (September 5, 2014) and then the 13 points of "Minsk-2." This last document was negotiated for almost 17 hours with the personal participation of the presidents of Russia, France, Ukraine and the Chancellor of Germany.

Fighting between the Ukrainian and Russian armies unfortunately broke out again after Minsk-2, but this did not derail the negotiations at hand. These rapid results are undoubtedly one of the reasons that Ukrainian President Petro Poroshenko referred to himself as "the President of peace" in his 2014 inaugural speech. Elements presented by Poroshenko for the Donbass region in the Minsk documents include the transfer of additional powers to the regions, amnesty for participants in the "Russian Spring" and special electoral processes in the rebellious Donbass regions. These changes were accepted by the coalition that Poroshenko formed in the Verkhovna Rada.

Although it has perhaps not received its due praise in the western press, Minsk has played a key role in bringing an end to the Ukrainian conflict and brokering a sustainable peace -- this small former Soviet Republic tucked away near the Baltic states in Eurasia's North West has demonstrated that it can make things happen on an international scale and that it is a trusted broker of all the parties involved. The elements of the Minsk Process are also meant to be integrated into the Ukrainian Constitution. 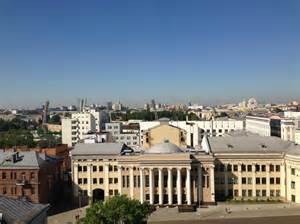 These include so-called decentralization, to be written into the Ukrainian constitution (in coordination with Donetsk and Lugansk), as well as the following: the use of the Russian language in the regions, economic development in the latter, and the right to create a popular militia. Poroshenko has already put the amendments to a vote in the Ukraine and the security and political affairs sub-groups of the Contact Group have continued to meet in Minsk. And while the United States has been quick to criticize Russia for what it sees as that country's aggression against its Ukrainian neighbor, it has done precious little to help solve the conflict or negotiate a peace. Now, as the Minsk agreements seem to be well on their way to being implemented, support from the West in the form of tangible pressure for the ratification of the Minsk agreement would be a major help -- so that a bloody conflict can come to a hopefully just and peaceful resolution.