The Friday edition of the New York Times featured an article about the Myanmar election on its front page. The narrative of a 2015 Goldman Prize winner, Myint Zaw, could not be timelier.

The historical background of Myanmar, previously called Burma, has so many twists and turns that it defies a simple recounting. The mix includes the toxic ramifications of British colonialism, ethnic tensions, ruthless dictatorship, and a heroic resister whose legacy is coming under attack.

While writing this story, I received a press bulletin from Amnesty International about renewed repression of dissidents, limits on free speech, abuse and voter disenfranchisement of Muslim Rohingya denizens, and new arrests of "prisoners of conscience."

The subterfuges of the military, religious "leaders," and others seeking to influence the election, stand in stark contrast to Zaw's story. His efforts recount a simple tale of a fight for environmental justice against exploitation, with the goal of protecting a national treasure -- the Irrawaddy River. 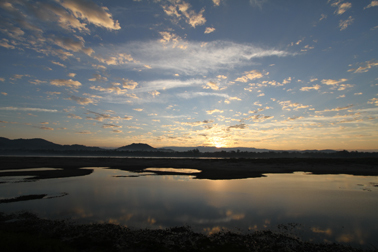 Zaw grew up along the banks of the Irrawaddy, which is 1,350 miles long and bisects the country. "The river and my childhood are one and the same," Zaw has noted.

The Irrawaddy transports people and goods, is a source of irrigation, and sustains the livelihood of fishermen and farmers. The northern part is located in the lands that are home to the Kachin people, a Christian ethnic minority.

A Buddhist, Zaw's connection to the river reflects his deeply felt reverence for nature. On a darker note, witnessing political prisoners traveling by boat on the river, returning home after being discharged from Pathein prison, helped to shape Zaw's political awareness.

The Cyclone Nargis (2008), on record as the worst natural disaster to occur in Myanmar, was also a focal point in Zaw's consciousness. In the delta region of the Irrawaddy, 130,000 people were killed as a result of the catastrophe. There was no immediate help from the government at the time of the crisis, and rebuilding efforts in the aftermath were limited.

Zaw traveled abroad to further his education, in response to the government shutdown of college campuses in the 1990s. He studied in Thailand, and then spent a year (2007-2008) in the United States where he attended the Berkley School of Journalism at the University of California.

Using his training as a photojournalist, Zaw began taking images of the Irrawaddy River. He captured life along the river, the culture of his country, and the ecological deterioration of the waterway. Zaw pictorially connected the dots between the well-being of the river and the people it nourished. He traveled to the ancient city of Bagan, home to 2,000 monuments including pagodas and temples, to illustrate how the country's culture was "born on the Irrawaddy River." 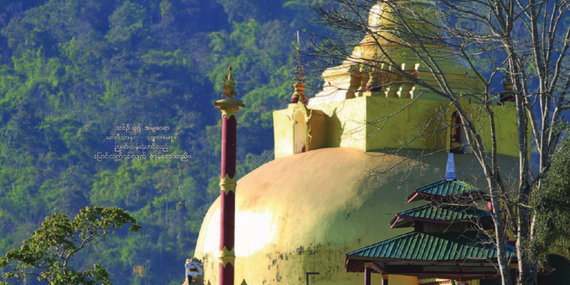 "I came to show the river in the context of our history," Zaw has stated. With these emotions embedded in his psyche, it was not surprising that the building of the Myitsone Dam would become a focal point of his concerns in 2009.

Beyond the environmental impacts the dam would wreak upon the Irrawaddy River, a host of simmering conflicts crystalized in the debate about the dam.

The $3.6 billion project was put together with a lack of transparency. The players were the military Myanmar government and the China Power Investment Corporation. The Yuan province of China is designated to receive 90 percent of the electricity power, with the remaining 10 percent generated to benefit the Myanmar population.

Citizens of Myanmar already feel the weight and influence of Chinese investment monies. In 2011, China had 40 percent of all foreign investments in Myanmar, with fingers in both mining and oil interests. The Burmese population sees China's economic agenda as taking precedence over their needs.

The economic, environmental, and ethical ramifications of the dam are multifold, particularly with 70 percent of Myanmar's inhabitants living in rural areas. If the plans for the dam move forward, 18,000 additional people will be displaced and "relocated" to new villages.

Deeply affected would be the Kachin homeland. The originations of their cultural legacy would be submerged under water. The impact downstream in the delta area (called the "rice bowl of the country") would have severe economic repercussions. The site is also in an area near an earthquake fault line.

Due to the repressive policies of the military dictatorship, whose many members have resurfaced in the pseudo-civilian government (The military gets to "appoint" 25 percent of the seats in Parliament), outright criticism of the Myitsone was not an option.

Zaw came up with the concept of using exhibitions to challenge the future of the dam. Displaying his photography in a gallery, along with the visual works of other artists, would circumvent governmental rulings against gatherings. The word "dam" had been banned, so the euphemism "reservoir" took its place. The plan to use cultural venues to be instructive, while getting around censorship issues, blossomed.

The subject of the first exhibition was "water." Zaw worked with two colleagues to move the agenda forward. They were Dr. Kyaw Thu Aung, a social activist whom he had met in 2003, and Ko Tar, a writer and publisher who visited the dam site with Zaw in 2009.

World Water Day became the impetus for a small exhibit. Art of the Watershed, mounted in Rangoon, was able to illustrate the negative impacts of the dam. Another show, Vanishing Treasures of Myanmar, looked at deforestation and the loss Bengal Tigers and other wildlife -- many which had been trafficked surreptitiously to China.

Thu was drawn to Zaw's interpersonal skills and out-of-the-box thinking. "He was a catalyst," said Thu. In an interview with Will Parrinello of the Mill Valley Film Group (producers of The New Environmentalists), Thu said, "We used art to bypass the educational void in the population." The result was a visceral response from a full range of different elements within Burmese society -- including ethnic minorities, community leaders, monks, nuns, farmers, and workers. Eventually, government officials and members of Parliament came to see the work on display.

As Zaw's agenda for disseminating information progressed, speeches delivered in tandem with the exhibits became part of the presentations. They were recorded and found their way onto DVDs, which were then copied and passed from hand to hand. Leaflets and books were also distributed.

The integrity of the river and the pushback against the dam became a national movement.

President U Thein Sein realized that the voice of the people could not be ignored. In September 2011, he rejected moving forward on completion of the dam during his term in office. "It was a moment when civil society understood it could influence and affect the country's policy," said Zaw. 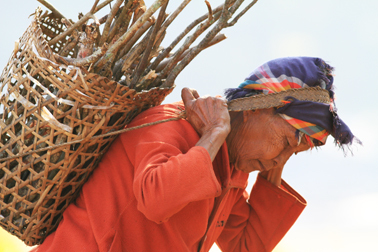 I reached out by email to Min Zin, writer on Burma/Myanmar (who also explained the issues around the country's renaming), for his insights into how the election results would impact the future of the Myitsone Dam. Zin serves as a Myanmar expert for NGOs and think tanks.

He responded, "The issue will come up again in the aftermath of the election when the new government takes over the office in March 2016. It will be a big test, especially if it is an opposition NLD-led administration. We are likely to see a more assertive civil society, in their struggle against injustice and rights violation."

At the time of his interview with Parrinello, Zaw reflected about what might happen post-election. "Whoever wins may try to restart the Myitsone project. But they will face very strong opposition from the people, because the people now have the facts and an understanding of the issues. The next president will not be able to turn away from the people's desires, or move forward on this issue lightly."

Art For Change from Mill Valley Film Group on Vimeo.

The New Environmentalists: From Myanmar to Scotland
will be shown on PBS and Link TV. Check your local listings.