Nikola Tesla (1856-1943), the innovative physicist and engineer, had a hand in the invention of the light bulb, the radio, the transistor and the X-ray, but he never got public credit for his work. Some consider Tesla "the greatest geek who ever lived," and now Matt Inman, creator of humor website The Oatmeal is working to save the great scientist's old laboratory.

Tesla's lab, formally known as Wardenclyffe Tower, was initially built to provide wireless energy, but funding for the project was cut in 1917. Now the land is on sale for a whopping $1.6 million.

According to The Oatmeal, a non-profit organization wants to purchase the land to build a Nikola Tesla Museum. Inman launched an Indiegogo campaign for the cause, and if he can raise $850,000, the state of New York will match the amount, bringing the total funds raised to $1.7 million.

"Nikola Tesla was an unsung hero in the history books," Inman told Forbes' Greg Voakes when explaining the reasoning behind The Oatmeal's push for action.

"He gave us so much and we gave him so little in return. The fact that there’s no physical Tesla Museum in the United States is a testament to this. Tesla’s rival, Thomas Edison, has multiple sites which honor his achievements, but Tesla’s got some little memorials here and there but no real museum here. This is something that needs to be fixed," he added.

Inman has had great success with his donation campaigns in the past.

In June, he created a campaign called "BearLove Good, Cancer Bad" in response to a legal notice demanding Inman remove allegedly false accusations he made about website FunnyJunk. A lawyer for the site said Inman could pay FunnyJunk $20,000 in damages instead of spending time in court. But instead of giving FunnyJunk the money, Inman set up a fundraiser for cancer. He surpassed his $20,000, reaching $220,024.

Will you help The Oatmeal save Nikola Tesla's lab? 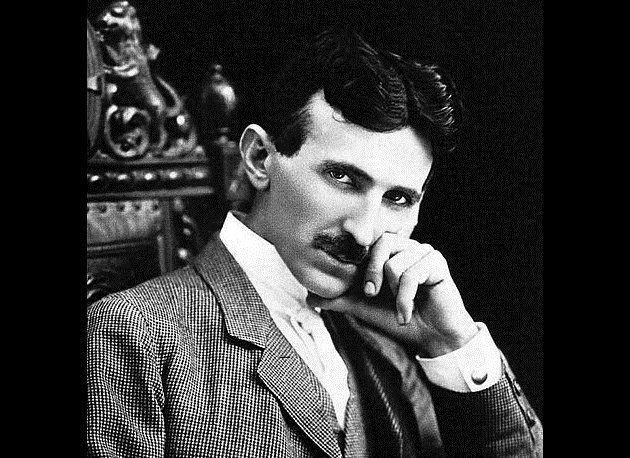 1 / 9
"Let the future tell the truth and evaluate each one according to his work and accomplishments. The present is theirs; the future, for which I really worked, is mine." - "A Visit to Nikola Tesla" by Dragislav L. Petković in Politika (April 1927)