An orca named Granny was recently spotted swimming off the coast of Vancouver Island with her family. Seeing a wild orca is always an unforgettable experience, but getting a chance to see Granny is a gift: This old lady of the sea is believed to be 103 years old!

Granny's pod, referred to by scientists as the "J2," is the most widely studied group of wild orcas in the world. Researchers began tracking the J2 family in 1970 and believe the family's matriarch was born around 1911 -- just a few years after the Wright brothers took their first flight.

Just imagine the stories Granny must tell to those around her. Swimming up to 100 miles every day, wild orcas' days are filled with adventures and challenges, interactions and complexities. Orcas share news, work together to solve problems and have a rich cultural history. The scope and scale of what Granny has experienced and passed down to other generations over the past century is mind-boggling.

Compare and contrast her life history with that of her cohorts in SeaWorld's tanks. Most never make it to anywhere near their life expectancy. At least 37 orcas have died, from captivity-related causes ranging from severe trauma, intestinal gangrene, acute hemorrhagic pneumonia, pulmonary abscesses, chronic kidney disease, chronic cardiovascular failure, septicemia and influenza. Their experiences are gut-wrenching and show SeaWorld to be the biggest, worst orca prison on Earth.

As we celebrate the long life of Granny, let's remember what life is like for those who were kidnapped from their homes and families and those unlucky enough to be born in SeaWorld's tiny tanks.

Nakai, an 11-year-old male orca at SeaWorld San Diego, sustained an injury on his lower jaw that was so significant that it was described as "a dinner plate-sized chunk" of ripped-off tissue. It's believed that Nakai was injured on a sharp metal edge in his tank while reportedly fleeing from an aggressive altercation with two other orcas. The chunk of flesh was big enough that SeaWorld staffers were able to retrieve it from the bottom of the tank. 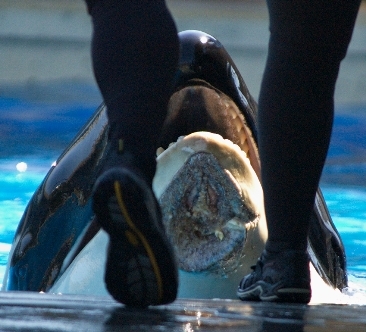 With nowhere to go and no way to pass the interminable hours, captive orcas often gnaw on the concrete and iron-bar tank separators, sometimes breaking their teeth and leaving the pulp exposed and painfully raw. SeaWorld personnel drill out broken or worn-down teeth to prevent abscesses and infection. The resulting bore holes require trainers to irrigate the teeth multiple times each day. 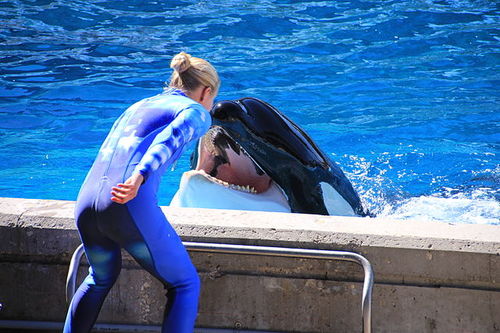 Dead in the Water

An orca named Taima died while giving birth to a stillborn calf at SeaWorld Orlando. The baby was the offspring of Tilikum, the angry and frustrated killer whale who battered trainer Dawn Brancheau to death. Taima's mother, Gudrun, had been snatched from the ocean in the 1970s; she gave birth to Taima in 1989. Another of Gudrun's calves was born with mental and physical disabilities and lived for just a short while. And she also had a stillborn calf who had to be extracted from her body using chains. Gudrun died four days afterward and never got to feel the ocean currents or hear the voices of her family members again. 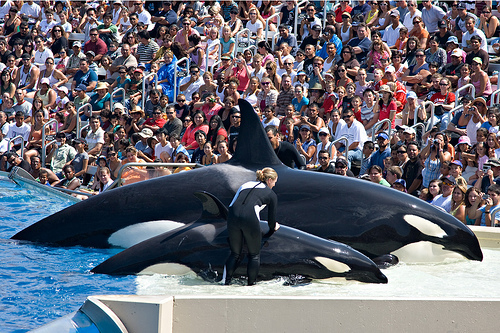 SeaWorld has churned out (often via artificial insemination) 30 orca calves at its three facilities ... but 10 are now dead, as are 10 of the mothers. SeaWorld breeds female orcas who are still just youngsters themselves and has even bred a mother with her own son, resulting in numerous unsuccessful births. Even though orca families stay together for life, SeaWorld tears calves away from their frantic mothers so that they can be shipped to other parks and forced to perform. 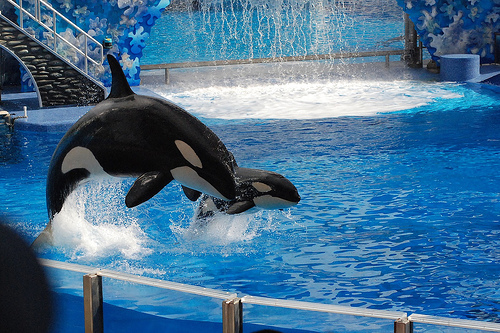 It's rare to see a wild orca whose dorsal fin has collapsed like a popped balloon, but all captive male orcas have this unnatural deformity. Orcas are meant to swim far and wide every single day. Marine scientists believe that lack of exercise and confinement cause orcas' connective tissue to weaken and collapse. 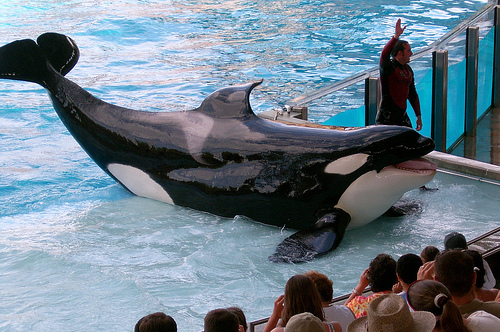 Most orcas at SeaWorld will never grow old like Granny. Given their appallingly poor quality of life, perhaps they simply lose the will to go on.