Look, there's a perfectly good explanation for the rumors that Jill Kelley and Gen. John Allen had an inappropriate email relationship. And we have the leaked emails to prove it. (Even though Kelley denies anything untoward took place, and Allen has been cleared of all wrongdoing.)

Writer and performer Ted Travelstead's new book, "The Petraeus Files," is a humorous look at the scandalous events that could have transpired leading up to the surprise resignation of CIA Director David Petraeus.

"The Petreaus Files" will be available February 12. Below is an exclusive excerpt from the book, revealing the actual reason Kelley and Allen exchanged so many emails: Their shared love of TV fan fiction.

[*Editor’s Note: While going through the vast correspondence I came across thousands of messages between Jill Kelley and General John Allen that at first perplexed me, but I eventually figured out that they were something called "fan fiction." Kelley and Allen were trading fiction that they had written based on television shows. Using the characters from these shows, they would make up their own plotlines, often going so far as to insert themselves into the story, and interacting with the fictional characters. I could not find the genesis of this particular type of correspondence in the collected files, so I' assuming it was a conversation that began IRL. (Internet slang for "in real life.") What follows is the earliest dated correspondence of this manner between them.]

Jill woke up on the morning of her 16th birthday to a loud crash of thunder. As she peered out her window the heavens opened up and let loose a torrential downpour of rain.

"OH. MY. GOD." she said to the stuffed animals on her canopy bed. "This can’t be happening. Not today. Any day but today."

But it was happening! The yard was soaking wet! She could see a few of the mini-treasure chests that she had had the servants bury throughout the yard floating weakly in large puddles, having been forced out of the ground by the heavy rain.

After a moment, her two servants, the ones that were specifically charged with attending to her every need, came huffing into the room.

Her little dog, Pillows, began to bark furiously as the Mexicans entered. This usually made her smile, even when she was angry, but not today.

“WHO BURIED THE MINI-TREASURE CHESTS??!!! WHO DID IT??!!!” she screamed at the two cowering middle-aged immigrants.

They looked meekly at each other, before Miguel said quietly, “Eet was me, meesus Jeel. I barry dem.”

“WELL LOOK AT THEM NOW, YOU IDIOT,” she said, pulling the pink chiffon curtain aside so he could see the sodden yard.

The small, dark-skinned man approached and looked out, wincing when he saw the little floating chests.

““If this ruins my party today, I will make sure you never EVER have a roof over your head again. Either of you,” she whispered.
They both looked at the ground.

“NOW GET OUT THERE AND COLLECT THEM, DRY THE CONTENTS, AND MAKE SURE THEY GET BURIED RIGHT ONCE IT STOPS RAINING,” she screamed.

They hurried out, and she collapsed on the bed in tears. Her party would be ruined!

Army JROTC Cadet Master Sergeant John Allen was called into the gymnasium locker room by his squad commander. He stood at attention and waited.

“Cadet Master Sergeant Allen, are you aware of what day it is?” said the squad commander.

“That is correct, Master Sergeant Allen,” said the squad commander. “And do you see what it looks like outside, Master Sergeant? WHAT IS HAPPENING OUTSIDE RIGHT NOW, MASTER SERGEANT ALLEN?!”

“Once again you are correct, Master Sergeant,” said the squad commander. “Now here’s the hard part. Do you know what that means?”

“Again, correct, Master Sergeant. Now. WHAT ARE YOU GOING TO DO ABOUT IT?!” the squad commander yelled approximately an inch from Master Sergeant Allen’s face.

“Well, go do it then, Master Sergeant. And do it well,” said the squad commander.

“SIR, YES, SIR!” cried Master Sergeant Allen, before turning on his heel and exiting the locker room, walking through the gymnasium, and out into the pouring rain.

It would not be an easy fix, but he knew that all his Army JROTC training had prepared him for this exact moment, and considering his sixteenth birthday had just passed a week earlier he knew he was just the man for the job.

“That’s right,” he said to himself as the rain ran down from his soaking hair and drenched his uniform, which had just moments before been perfectly starched. “I’m a man now, and this is just the job I’ve been waiting for.”

He straddled his trusty old Indian motorcycle that he’d built himself from parts, and kicked the starter with the force of a young buck in rutting season.

As the machine came to life between his legs, he smiled, shook the water from his hair, and prepared himself to tackle one hell of a challenge.

“Happy Birthday, Jilly baby,” he chuckled, and roared off into the rain to save the day.

[*Editor’s Note: This particular story goes back and forth between Jill Kelley and General Allen for 347 pages and ends with General Allen’s character, JROTC Master Sergeant Allen, fighting Marlon Brando as Colonel Kurtz in an underground bunker as a tied-up Jill Kelley screams for Maroon 5’s Adam Levine to please tell her parents that they got her the wrong color Cadillac Escalade.] 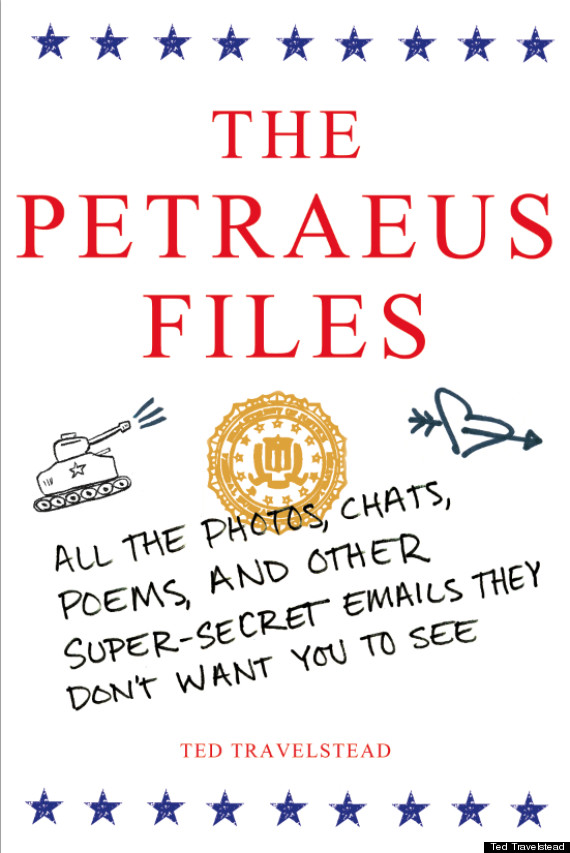 1 / 7
David Petraeus
A highly decorated four-star Army general lauded for his leadership of the Iraq and Afghanistan wars, Petraeus moved into the civilian world to become CIA director in September 2011. He shocked official Washington on November 9, 2012 by admitting an extramarital affair with his biographer and resigning his spymaster post. (Text via <a href="https://www.huffpost.com/huff-wires/20121114/us-scandal-scorecard/">The Associated Press</a>)
(KAREN BLEIER/AFP/Getty Images)