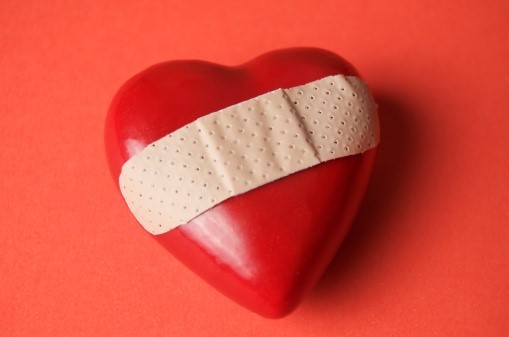 Like most healthcare practitioners, I often hear clients discuss their fear of loving or trusting another person after they have been terribly disappointed or hurt in a romantic relationship. Being deeply hurt or emotionally wounded through deception, rejection or infidelity cuts to the quick of the human heart.

Many of us would like to be able to just "put it behind us" and move on with our lives, but the eye opening research of several remarkable studies now explains why it is so painful and difficult to bounce back quickly from a "broken heart", or more accurately "disappointed heart". It also throws light on how difficult and sometimes desperate we can feel during that experience.

I had the pleasure of interviewing Helen Fisher, Ph.D., biological anthropologist, research professor and member of the Center for Human Evolution Studies in the Department of Anthropology, Rutgers University, and chief scientific adviser to the Internet dating site Chemistry.com (a division of Match.com). She has conducted extensive research and written five books on the evolution and future of human love, sexuality, marriage, gender differences in the brain and how your personality type shapes who you are and who you love.

Fisher's research on heartbreak identifies areas of the brain, the caudate nucleus and the ventral tegmental area, whose involvement in romantic love proves this deep-seated drive to be far more powerful and urgent than we may have previously believed. Fisher says that romantic love is "really a drive that is deeply primordial and primitive." She explains that romantic love experiences "are way below the emotional center and in fact are not emotions at all, but rather a powerful drive and need that is shared by all human beings."

Through thousands of imaging studies both in the U.S. and in China, Fisher and her research team have established just how important it is for human beings to be in relationships where they experience reward for their feelings and efforts toward the significant other. There are additional studies that show that the same portion of the brain, the anterior insula, is both the location of physical pain, as well as heartache.

Published in 2010 a study conducted at the University of Kentucky, College of Arts and Sciences, examined the connection and possible overlap between physical pain and emotional pain. This particular study had 62 participants who were filling out the "Hurt Feeling Scale", a self-assessment tool which measures an individual's reaction to distressing experiences. In addition, the study was using doses of the active ingredient found in Tylenol, acetaminophen, as part of its protocol.

The researchers separated the study volunteers into two groups. The first group, after filling out their self-assessment tools, was given 1,000 mg of the acetaminophen. This is a dosage equal to one Extra Strength Tylenol. The control group however, received a placebo instead of the acetaminophen.

The finding from this study showed that the control group without the acetaminophen, after three weeks, did not experience any change in the amount of intensity of "hurt" feeling during the three week period.
However, the group that did receive the active ingredient reported a noticeable reduction of "hurt" feelings on a regular, day-today basis.

The outcomes were so interesting that the researchers started a second study cohort group of 25 different volunteers, but this time upped the amount of acetaminophen to 2,000 mg daily and added computer games that were designed to create social rejection and a feeling of isolation in the participants. Also new to the study was MRI scanning which were able to identify when the participants had feelings of social rejection occur.

Another study, in 2011 from the University of Michigan went even further. During MRI scan, the study subjects were shown photographs of their former romantic partners. They were asked to think about and remember the pain of their breakup. While being scanned, the participants wore an arm monitor that created a painful sensation similar to hot coffee being spilled on their skin.

Researchers identified through the MRI results that in the two areas of the brain already known to register physical pain, the dorsal anterior cingulate cortex and the anterior insula, also handles social or emotional pain.
Now here is the "gold" of this research - the outcomes demonstrated that the areas of the brain where emotional discomfort is felt is the same location that the physical pain is experienced in. This would explain why the group that was taking the acetaminophen, while having no physical pain, reported less feelings of hurt and rejection than the group that was not taking the acetaminophen but rather a placebo substance.

Geoff MacDonald, PhD, an associate professor of psychology at the University of Toronto who is an expert in romantic relationships, and a co-author of the Kentucky study, states that our brain pain centers cannot tell the difference between physical pain and emotional pain. He goes on to say an important message from the research is that like physical pain, emotional pain is serious business. "It is easy to put aside touchy-feely stuff as less important, but it can literally kill people because human beings depend on social connection for survival".

So, while Tylenol is not recommended to be used routinely as it can lead to liver and digestive system disturbances, knowing that it can take away the pain of a broken heart, it may soon be that our therapists as well as our physicians will recommendation that we "take two Tylenol and call me in the morning" for heartache as well as for headache!