It's ten years since Israel, under late prime minister Ariel Sharon, expelled over 11,000 Jews from their homes in Gaza and parts of Samaria. The government called this plan the "Disengagement." But for those forcibly ejected from their homes (and their supporters), the Disengagement will forever be known as the "Expulsion."

More than 11,000 rockets have been shot into Israel from Gaza, since that time, more than one rocket per every Jew expelled as a result of Sharon's unilateral gesture of peace. By all accounts, "Disengagement" is an absolute, and utter failure, proving the point that "Land for Peace" is a nonsensical idea that does not work. Not to mention the fact that over 300 Jews are still homeless as the result of the Disengagement/Expulsion, with no solution in sight. 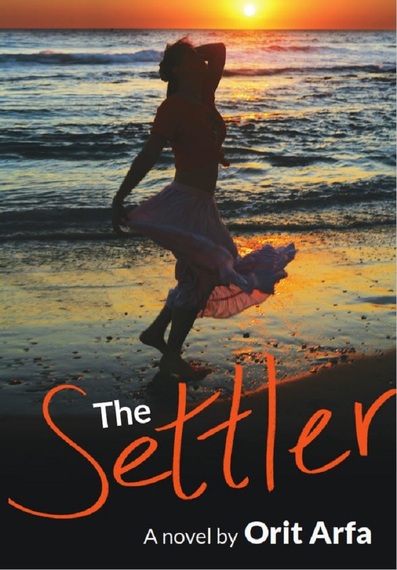 Orit was gracious enough to have a chat with me about her book, The Settler:

VE: The early chapters of The Settler offer a vivid picture of the Expulsion from Gaza. I understand you spent time in Gush Katif, not as a settler, but to offer support to the settlers, in the days leading up to their expulsion from their homes. Is that why your descriptions of how the Expulsion went down feel so real? Tell us about that time.

Orit Arfa: I went to lend my support and also to write about the events from the settlers' point-of-view. Most of the press stationed there was biased against them, so I was a rare breed. In fact, I didn't go in with a press card -- I snuck in with a fake ID to really be a part of the "resistance." I was "expelled" from the Neve Dekalim synagogue, which was a massive showdown between the "settlers," the government -- and God, if you will.

The description of the Expulsion from the homes came from real life interviews -- it is an amalgam of experiences I collected: the lack of emotion of the soldiers (which also flowed from a Jerusalem Post feature I wrote about the IDF's psychological training), the hospitality of the families who hosted me, and even the specific scene of the family's rabbi, at the end of the day, cooperating with the authorities to ask them to leave. I interviewed several young women who gave me specific narratives and flourishes: the fallen brother, the mango trees, the reburial of the brother.

VE: What made you want to write about the Expulsion? 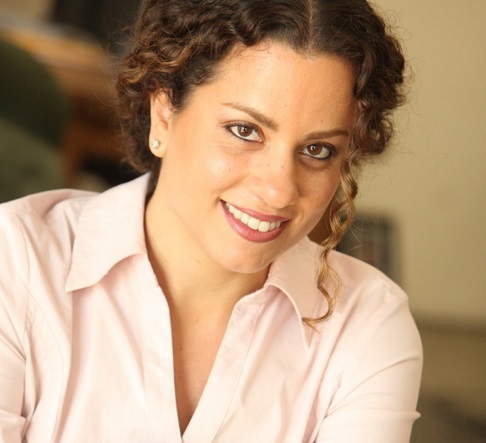 Orit Arfa, author of The Settler

Orit Arfa: The Expulsion was an event that had a profound effect on my view of the State of Israel. It hurt me personally, as an immigrant to Israel, and also as a person who couldn't fathom how my own country could be so cruel to its own countrymen -- dragging them out of their homes in broad daylight -- like a pogrom. My Zionist heart was broken. I also felt like an outcast for believing how wrong it was; very few people could relate to my disappointment and disillusionment -- although now if you say you were against the "Disengagement," you feel validated by much of Israeli society, given what's happening now in Gaza. The novel was a way for me to make sense of the event, immortalize the trauma, and develop new ideas. This country needs to stop its own self-immolation and self-destruction.

VE: How close is the experience of Sarah/Shachar to your own experience with faith and religion? Were you once orthodox? Did the Expulsion have an effect on how you feel about God and relate to orthopraxy?

Orit Arfa: I was modern Orthodox from my teens up to age 20 -- and they were very happy years. Staying in Gush Katif brought me back to feeling like that good religious Zionist girl I used to be. I re-connected to Jewish liturgy, traditions, and the purity and wholesome values of that life.

I think what my heroine Sarah allowed me to do was to encapsulate my own intellectual and difficult emotional journey out of Orthodoxy -- my disillusionment with traditional liturgy and my feelings of being stifled from a restrictive system as a free spirit. I think, in the end, the Expulsion only solidified my secular philosophy. I, like the settlers, embraced the "faith" that it wasn't going to happen -- but the real power lay in those who took action and didn't act on "faith" -- the force of the government. It's a topic I deal in the philosophical conversations that take place in the novel, i.e. "every action has a reaction."

VE: Without offering a spoiler, there's an effective symbolic act through which the main character shows her alienation from religion and the tie-in to the Expulsion. Has anyone gathered statistics on how many Gush Katif youth subsequently gave up religious practice?

Orit Arfa: I wrote a Jerusalem Post feature on the phenomenon of youth leaving the faith or questioning faith after the Expulsion. It is very difficult to gather statistics, because it was not something the communities really wanted to face or admit. I spoke to several individuals who became less observant -- and there was definitely a burning question: why did God turn His back on us? I think it's common for any major trauma.

Those who returned to faith ultimately go back to believing it was the "hand of God." One young man who became completely secular penned an op-ed in an Israeli paper that surmised the number could be in the 10s or in the 100s. During my research, I found a booklet by rabbis directed to those who questioned God after the Expulsion, so it was an issue.

I think the communities went through so much, that they didn't want to air "dirty laundry" or as one evacuee told me -- the rabbis and leaders themselves had to work out these questions.

VE: How did you come up with the idea of calling the nightclub that figures so prominently in your book, "Atlantis?"

Orit Arfa: Atlantis is an allusion to the utopian world depicted in Ayn Rand's novel, Atlas Shrugged. There are quite a few allusions to her work. Also, I liked playing on the themes of "lost worlds."

VE: You state in your book that your inspirations were Ayn Rand's The Fountainhead, and The Book of Esther. Tell us a bit about that, your fascination with these two works that were the subject of a non-fiction work you penned, The Fountain of Esther: A Literary Comparison of The Fountainhead and Book of Esther. Is Sarah to Esther as Atlantis is to King Ahasuerus' palace? Who is Howard Roark? Would that be Ziv or Dael, two male characters in your book? Is DJ Elman like Haman, falling on Esther inside the King's very chambers?

Orit Arfa: The Settler was actually born out of a parody I wrote of the Book of Esther which has "Esther" as Queen of Nightlife saving Tel Aviv culture from the clutches of a totalitarian DJ. Ziv, of course, is the "King of Nightlife", that is, Ahasuerus, who was ultimately the ultimate Persian party producer. Dael -- the principled musician -- is the "Mordecai"/"Howard Roark" character who stands true to who he is, and eventually encourages Sarah/Esther/Dominique Francon to do the same. Yes -- you got it! DJ Elman is Haman falling on Esther inside the King's chambers.

VE: The Settler has a different ending than what happened in real life to the real settlers of Gush Katif. What should be the reader's takeaway from reading this alternate version of events?

Orit Arfa: It is a futuristic ending that I don't want to spoil. . . and one that could still very well happen.

VE: For whom did you write The Settler? Who is your intended audience?

Orit Arfa: Firstly, I wrote it for myself, without a particular audience in mind. It was something that had to come out of me, but I think my ideal audience is Gen Y'ers -- college students and adults in their 20s who are still "coming of age" and searching for new and better ideas. My real target audience is Israel, because I think the change has to happen within.

VE: Will there be a sequel? A movie? Who would play Sarah/Shachar? 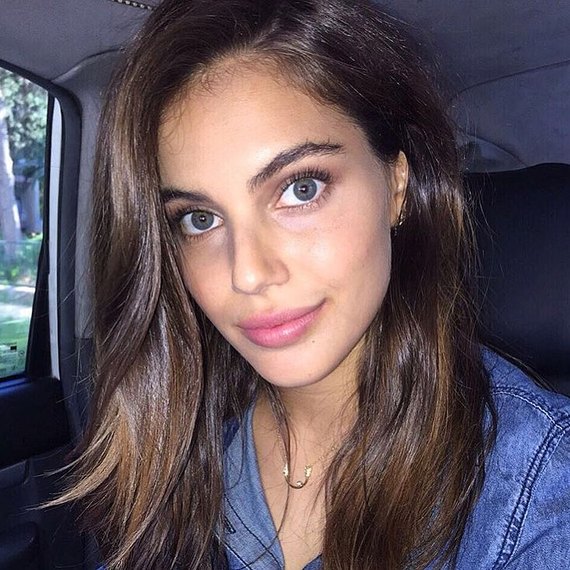 Orit Arfa: There won't be a sequel -- but first things first: It's actually a musical novel, so I plan to have The Settler album ready by Summer 2016. You can already watch the first song off the novel, here.

Then I ambitiously plan to turn it into a movie musical. A friend of mine suggested that Shlomit Malka, nd Israeli model, has the perfect look for Shachar, and I agree! The question is, does she sing?

VE: What's next for Orit Arfa?

Orit Arfa: Of course, novel No. 2 is nagging at me: a dystopian, futuristic Israel -- or actually a "utopia" that really isn't -- a "peace" that exists on the surface only. Stay tuned! And I have a few more racy, controversial videos up my sleeve ☺