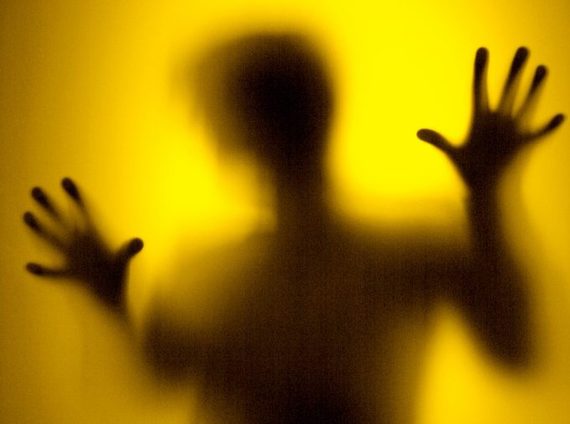 If you are familiar with the narcissist family system you know there is typically a scapegoat and a golden child. The scapegoat is the cause of all the ills of the family, and the golden child is exalted, lavished with attention and praise. Both are projections of the narcissist parent (or parents), false identities assigned to children who do their best with the roles cast them. The scapegoat serves as the target of rage and the trash bin of blame, while the golden child functions as the pride and joy whose successes are celebrated and failures are airbrushed away or, through narcissist contortionism, attributed to the scapegoat.

It is easy to see how the scapegoat is harmed in this all-too-common dynamic. To varying degrees, overtly or covertly, she is systematically belittled and shamed, carrying responsibility for the narcissist's self-hatred, frustrating job, or burnt toast. It is harder to see the damage done to the golden child. They appear to be above reproach--adored and always excused. But, like the scapegoat, the golden child is merely a pawn in the narcissist family system, an extension of the narcissist with no real identity or personal boundaries of his own.

To understand the dilemma of the golden child, I spoke with two women who played that role in their families of origin. Here is Lynn's story. Jan's will follow in Part 2.

Lynn from Chicago grew up with a narcissist mother and a rigid, intermittently absent father. "My mother was kind and loving, and she could be a lot of fun, but she suffered from depression and narcissism," Lynn explained. "The narcissism was clearly a condition that was brought on by pretty intense neglect when she was a child. She had a weak, detached mother who wouldn't protect her, and her father was harshly critical and behaved as if he didn't love her."

Lynn said that her own father's neglect and scorn of her mother, like that of her mother's father, furthered her mother's feelings of being unloved. Over time her narcissism became more pronounced. As the first child, Lynn became her mother's support system. "I was her person--the person she would get love and attention from," Lynn said. "Her extreme neediness came out in the form of jealousy whenever I would go out with my friends or try to have any kind of life of my own. She would act offended and hurt, and I would feel really guilty."

Lynn recalled a terrifying incident that occurred when she was about seven: "My mother was very unhappy because of problems with my father. She locked herself in the bathroom and said she was going to kill herself because no one loved her, that we'd all be better off without her. I was afraid from that moment on that she would do that, and it was my responsibility to keep her alive." At that moment, Lynn said, her life went on pause. Over the years her mother continued to threaten suicide. "My father would just huff in disgust and leave. It was too complicated for me to manage having relationships other than with my mother. My only friends were people I would hang out with at school when my mother couldn't expect me to be at home."

Lynn described the experience as "horribly suffocating." She said, "I felt the whole time living at home I couldn't breathe. It was like I was in jail."

Lynn said that when her sister came along she didn't fall in line with the role of being there to provide attention and love for their mother. "She rebelled against the family dynamic and was angry about it. It wasn't in her personality, and besides that role was already filled by me. Mom didn't exactly scapegoat my sister but she was befuddled by her, and our father would complain about her to relatives."

By the time Lynn entered ninth grade she had started a countdown of the days until she could leave home. "I just wanted to get away. I thought, 'Okay this is my job until I can get out.'" She said she was worried about her sister having to deal with it when she left home, but when she finished high school she felt she had put in her time.

After graduating from college Lynn was lucky enough to find a therapist who understood narcissistic families (read more about the importance of finding the right therapist). "During our second session she diagnosed my mother. It blew me away. I worked hard for the next four years to understand what it meant." By the time her mother had followed her to Chicago, Lynn was in her late 20s and had gained enough perspective to draw boundaries so that they could have a workable relationship.

"As an adult I was able to assert my own independence and come back to her with compassion. I knew she wasn't out to hurt me--that was never her goal. I became her emotional caretaker part-time again, but she had developed ways of taking care of herself after I left. In our later years she has been able to be supportive, encouraging, and involved in lovely ways with my daughter. I always feel that she's on my side. But if there is something wrong like I'm sick or she's upset with my father I have to comfort her."

I asked Lynn about the difference between the role of the scapegoat and golden child. Her wife was scapegoated in a very narcissistic family, so she has insight into both experiences. "The golden child probably has it easier in those formative years," she said. "But I developed emotionally slower than I should have because I was put on hold. You are there in service and you put off your emotional growth. For some people it's forever. Every role in the narcissist family takes a beating."