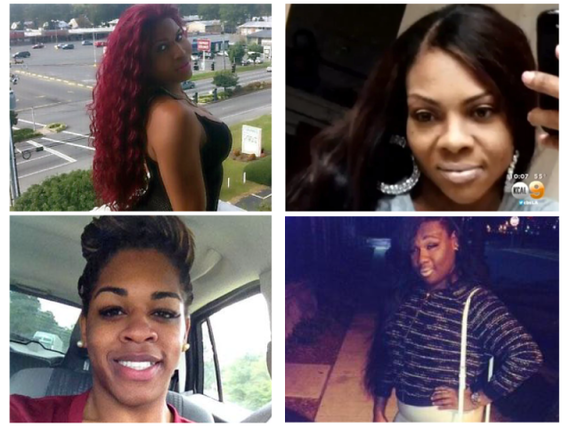 When I was coming to terms with my gender identity in 2012, my initial understanding of the transgender experience was rudimentary at best. At issue were the run-of-the-mill things like obtaining hormones, finding clothing that worked with my rapidly changing body and figuring out which name would suit me perfectly.

The idea of how my life would operate in the broader society was an elusive concept. Figures like Janet Mock and Laverne Cox were well on their way to mainstream success, but the media landscape wasn't teeming with transgender fascination like it is currently, and piecing together a map for my future seemed nearly impossible. Initial support came from a peppering of online articles, anecdotes and transition how-to guides, but they overwhelmingly focused on trans women who were considerably older and white.

As a young, black trans girl, I found that most of the information that contained even a sliver of nuance were statistics. And from there, I realized that the narrative for girls like us is often deeper and darker. I learned that as a transgender person of color, I am six times more likely to experience physical violence from the police than my white, cisgender queer counterparts. I learned that while 72 percent of anti-LGBTQ homicides occur to trans women, 67 percent fall on the shoulders of trans women of color. And in nearly every study from HIV infection rates to socio-economic marginalization, in general, trans women of color are disproportionately affected.

When I was forced to stop looking at my identities as if they exist in a vacuum, I realized that being a black trans woman is a major risk and accepting myself would be just the first battle with a society obsessed with compartmentalization.

When Leelah Alcorn's suicide went viral at the tail-end of December 2014, it seemed like there would be some major shift in the transgender narrative. I saw the world stop and consider a trans person's death on a more meaningful level.

I thought the world would take the severity of our experiences more seriously, even if it meant that some of the nuance of that severity might be lost. The nuance that explains that we also experience a tremendous amount of marginalization and that trans women of color, particularly black trans women bear the brunt of the violence and discrimination. 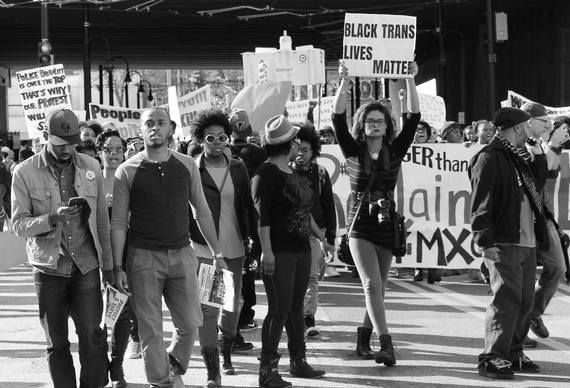 After a couple months into 2015, the media and society are back to their old means of understanding. We've already witnessed the killings of six trans women of color (including four black trans women) -- Lamia Beard, Ty Underwood, Yazmin Vash Payne, Taja Gabrielle DeJesus, Penny Proud andKristina Gomez Reinwald -- and two more people who, based on reports, were gender non-conforming -- L. Edwards and B. Golec. In Toronto, Somali-Canadian trans woman Sumaya Dalmara was found dead, but police haven't ruled her death a homicide. Their names have been discussed in articles and mentioned in newscasts, but largely mainstream media continues to reduce their deaths to numbers on a list.

This limited media presence revolves around paying tribute to their lives through lackluster overtures about needing to respect and value trans lives, but there continues to be no deeper consideration for the full lives of these slain individuals. They never fully delve into the "why" of their deaths.

There is much that can be said about the disparity between media coverage for young, white trans suicides and the brutal murders of the trans women of color. Are they not respectably queer enough to be hashtag worthy? Are their names not important enough in their respective racial communities to paint across banners? Perhaps they don't fall in line with the perfect soundbite for your movement, but they should.

It is of the utmost importance to recognize the Leelah Alcorns and the Zander Mahaffeys and the Mike Browns and the Trayvon Martins, but we can't shut down the conversation there and ignore the fact that there are numerous individuals like Islan Nettles and Nizah Morris being targeted as well.