Ok, by now you've heard the story of Susan Boyle, the British churchlady/spinster who wowed the crowd at Britian's Got Talent. If you haven't - then take a minute and look at the clip to understand the pure power of what an unexpected talent can do.

But the Susan Boyle story has a lot more going on than just the music phenomenon, thought that's interesting to be sure.

Take, for example, the story of Paul Wood.

Paul Wood is a construction worker in London, who's got the bug for building video networks on the web in his spare time.

So on Saturday night in London last week Wood decided on a lark that this Susan Boyle woman he read about might 'take off' when Britain's Got Talent would be broadcast. He'd seen her in the auditions and decided to take a risk. He bought the URL Susan-Boyle.com and Sunday night - moments after the broadcast - he had a fan site for her up online.

What Wood didn't know and couldn't know was that some how Susan Boyle connected with a wide variety of people in a deep and powerful way. Why is that? First, you need to see the clip to understand. We can spend a sec and try and psycho-analyze the public: For some, the music is what it's all about. For others, it's the ugly duckling who spreads her wings. And then, it may just be given the economy, with people feeling so beaten up, that watching an underdog totally triumph was just too hard to resist.

It hardly matters. She totally owned the gig - and now she's a rocket. And the best part? This isn't some contrived media event from the pop-culture factory. This is real.

Susan-Boyle.com has created a pop-up destination where people can connect, share stories, record videos, and watch Susan Boyle's video experience. It is a feel good site with most comments gushing with enthusiasm and support. There is something that feels good about watching a community grow organically around such a positive media moment and personality. We just don't have enough of this stuff these days.

Four days later he has a website that is getting close to a million page views a day and has over 12,000 registered members.

The Wall Street Journal reports here that the site's fast growing traffic is the #1 site for Susan-Boyle fans worldwide, providing a unique mix of network clips, user-submitted video testimonials, and a live twitter stream of Susan Boyle fans that updates round the clock from a fast growing worldwide fan base.

It is also worth pointing out, that only in the technologically adept world we live in could such an event be possible. Millions of people flocking to a virtual destination and forming a "flash mob" style community - never meeting each other, but finding a real outlet to come together and share in the moment. Who says technology is making us numb to personal interaction?

My Thoughts about Susan Boyle 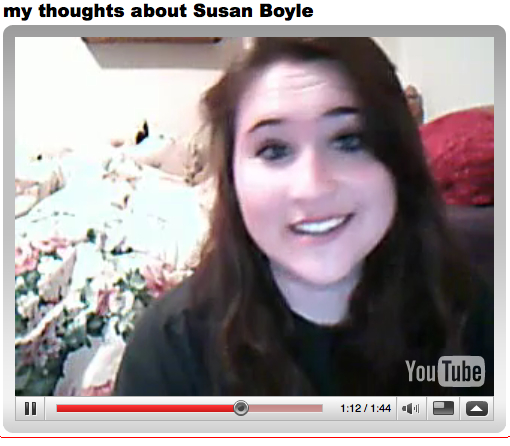 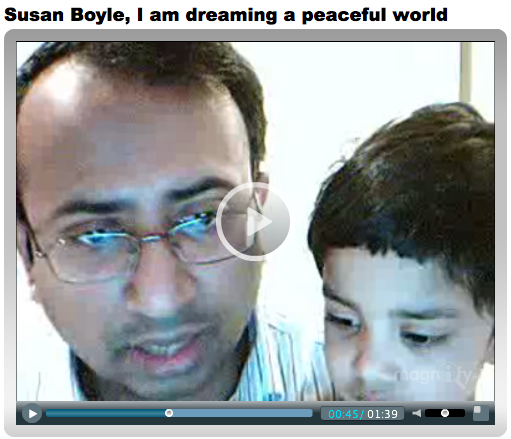 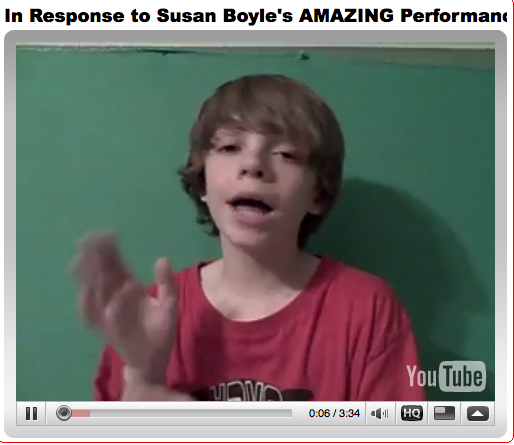 Here are just a few of the more than 4,000 comments posted to the site:

top gear dave said:
"I am a married man of 46 with three kids not normally given to moments of emotional outburts but while watching this delightful lady performing tears streamed down my face. It was definitely a moment when the meek inherited the earth."

bookwoman said:
Hope as well as talent beam from this video and this woman. And oh, we need both so much. We should be ashamed of the cynicism most of us wallow in, expecting talent only from glitzy packages. I am thrill, touched and grateful for Susan Boyle. God Bless her!

U.S.A. fan said:
I love her. She represents all the underdogs of the world. She is wonderful.

Dr. Bob said:
Thanks,Susan... for ringing the bell of believeability for those like yourself who keep on believeing in their dreams. i am happy for you and for your success. God loves you and so do I.

torchman25 said:
susan boyle, thank you for sharing your beautiful voice to the bankrupt state of california. thank God for the internet!

Cheron said:
It's 2am here in Saskatoon Canada and I happened upon this video....feelin g all down and freaken sad because its my 59th birthday this day I heard Susan Boyles audition and I smiled the hugest smile....life has hope again because one lady out of nowhere had a dream come true!!

If you haven't had enough, go visit the site and watch a couple videos, hang out with other unlikely fans and witness a neat moment in media history.