I introduced the concept of a virtual assembly line in a talk at TEDx Silicon Valley last year -- I think it's the defining trend in labor in the next century. It's also one of the best tools in our arsenal for fighting poverty. Here's why.

The major productivity innovation in the 20th century was Henry Ford's assembly line. He figured out a way to break down the making of an incredibly complex machine, the Model T, into small chunks that people with basic training could complete. He moved the Model T from the craftsman's studio into the mainstream. 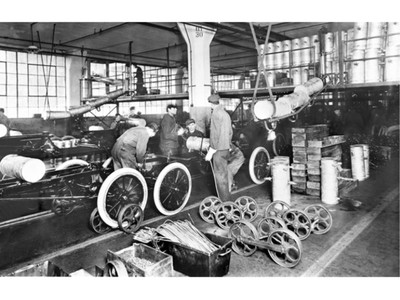 The assembly lines of the future apply this same thinking to digital work.

We now have the ability to use computers to help us break down complex processes, and to insert human judgment where computers need help. This enables a new kind of worker to earn money; for the first time in human history, people who are living far from major centers of commerce can work on assembly lines.

Much like the opportunities that factory work provided for working-class Americans in the last century, microwork will provide opportunities for marginalized people in this one. 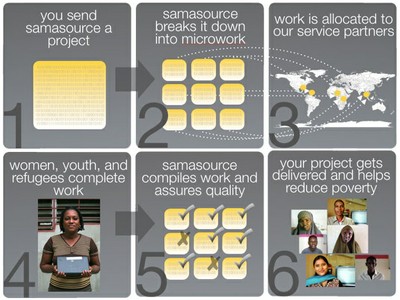 All they really need is basic literacy, a cheap computer, and an internet hookup. Let me give you an example.

This is Veronique. She is one of our newest workers in Mirebalais, Haiti. 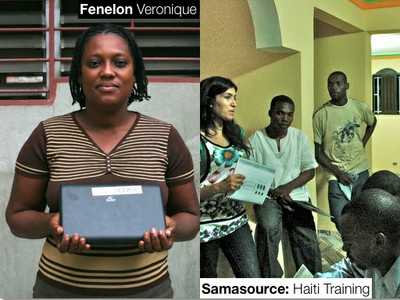 Veronique participated in a free training we provided in February, in which we taught her how to use a simple interface built by our partner CrowdFlower to translate text messages from Haitian Creole into English as part of an emergency SMS system set up after the earthquake in Port-au-Prince.

When a message comes into the system, it first gets geo-tagged by an Ushahidi volunteer. Then the same message is displayed to a worker like Veronique when she logs into the system: a small bit of text, an empty box to type in the translation, and a map that she can use to add more location information on the user. 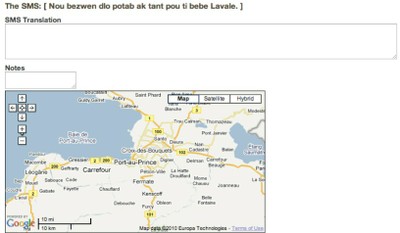 When she clicks on "submit" at the end of the form, Fenelon's work goes into a database that is then accessed by our client's servers. The entire process can be done on a cheap netbook using a free web browser.

Fenelon gets paid per task that she completes through our partner organization, 1,000 Jobs/Haiti. To date, she and her 49 co-workers have earned about $400 each through Samasource.

According to UNESCO, more people will receive a formal education in the next 30 years than in all of human history. There are hundreds of millions of women and men just like Veronique in poor corners of the world who desperately need work. The virtual assembly line can deliver it to them.