Hushidar Mortezaie is a queer Muslim artist of Iranian descent who lives and works in California. When people hear about his many overlapping identities, they are often unsure how to respond.

Mortezaie said he’s heard it all:

“Iran? Your kind doesn’t exist there,” some say.

“Oh, you must be so happy you’re here in America,” others say.

“How can you defend Islam,” he hears. “They hate you!”

“It does get a bit exhausting,” Mortezaie told HuffPost. “Queer Muslim voices are the margin of the margins and have no representation and are often thought of as a contradiction and an anomaly.”

Mortezaie said he believes it’s important for more people to hear about voices and experiences of queer Muslims, to help reduce the stigma and misconceptions about them ― and a new art exhibition in California is aiming to do just that.

“The Third Muslim,” which opened last Thursday at San Francisco’s SOMArts cultural center, features photography, painting and installation art from 14 artists who identify as Muslim and queer, trans or gender-nonconforming. The pieces explore issues of identity, displacement, diaspora and the “many types of violence enacted on bodies” of people who are Muslim, queer and/or trans, according to the exhibition’s co-curator Yas Ahmed.

Ahmed, a Bay Area artist and activist, told HuffPost the project seeks to highlight issues that existed long before President Donald Trump proposed a Muslim ban and even before the Sept. 11 terror attacks.

Ahmed described the exhibit using the Islamic concept of ijtihad, which, roughly interpreted, means an ongoing practice of critical thinking and spiritual examination.

“We aren’t new, or an evolution or reflection of contemporary conditions,” Ahmed told HuffPost in an email. “We’ve always been here and are just claiming our rightful space within Islam.”

Five years ago, Ahmed co-founded the Muslim Alliance for Sexual and Gender Diversity, a group that seeks to empower and connect LGBTQ Muslims. The organization hosts events and retreats for these Muslims and their partners every year, offering support as they navigate the challenges of being queer and Muslim in the U.S.

On one hand, queer Muslims are subject to Islamophobia in America because of their religious identity or cultural heritage. On the other hand, they also often face prejudice within their own Muslim communities because of their sexual orientation or gender identity.

These tensions mean queer Muslims have developed diverse ways of connecting with religion. Some view their religious identity as spiritual, cultural, political or ideological. For others, the connection to faith is “tentative or recovering or new,” Ahmed said.

“The Third Muslim” challenges the idea that Islam is a monolith, that Muslims are the “other” and that queerness is white, Western, cisgender and able-bodied.

“We’re the in-between, the outside of,” Ahmed said. “We exist in this THIRD space, in our full dignity and power.”

Zulfikar Ali Bhutto, another Bay Area-based artist who co-curated the exhibition with Ahmed, said they started the project by surveying the landscape of queer Muslim art, trying to figure out the breadth and diversity of artists working in that space. As the exhibit began to come together, the theme that emerged was about the “politics of representation,” Bhutto said.

“Muslims in general and queer Muslims specifically are often spoken about and for, and we are robbed of our voices and our agency and therefore we are robbed of the agency to represent ourselves,” Bhutto told HuffPost. “‘The Third Muslim’ reclaims that agency and uses art to claim space.”

The exhibit and events related to it bring together artists and activists with cultural ties to Pakistan, Iran, Somalia, Afghanistan, Syria, Paraguay, Brazil and the United States.

Mortezaie contributed his artwork to the exhibit. The red carpet scene features three mannequins representing Iranians who were reportedly persecuted for their sexual orientation. The piece also mixes imagery from Persian Zoroastrianism and Islam.

“I wanted to point out the tragedy and hardship we as the Middle Eastern LGBTQ have suffered in our past and still do from our own native communities as well as our new adopted communities in the west and the cycle of capitalism and exoticism we have and still endure,” Mortezaie told HuffPost about his artwork.

“Yet we are on the cusp of a queer Muslim future that honors traditions and recognizes the past. Our future frees itself from binding rules, shame, and transforms spirituality from judgement into all-inclusive divinity.”

Mortezaie told HuffPost that he loves Iran and wants to go back to visit older members of his family who can’t travel due to age. He hopes the exhibition won’t affect those plans, and believes he needed to showcase his work either way.

“I felt it was necessary for myself to finally speak my truth and also in honor of my brothers and sisters as we are risking by existing,” he said. “It was an emotional and exhausting to create this installation. Although it seemed steeped in artifice, glitter, and satire, it was a cry and proclamation of self that has been building up for a very long time.”

“The Third Muslim” exhibit will be on display at San Francisco’s SOMArts Cultural Center until Feb. 22. 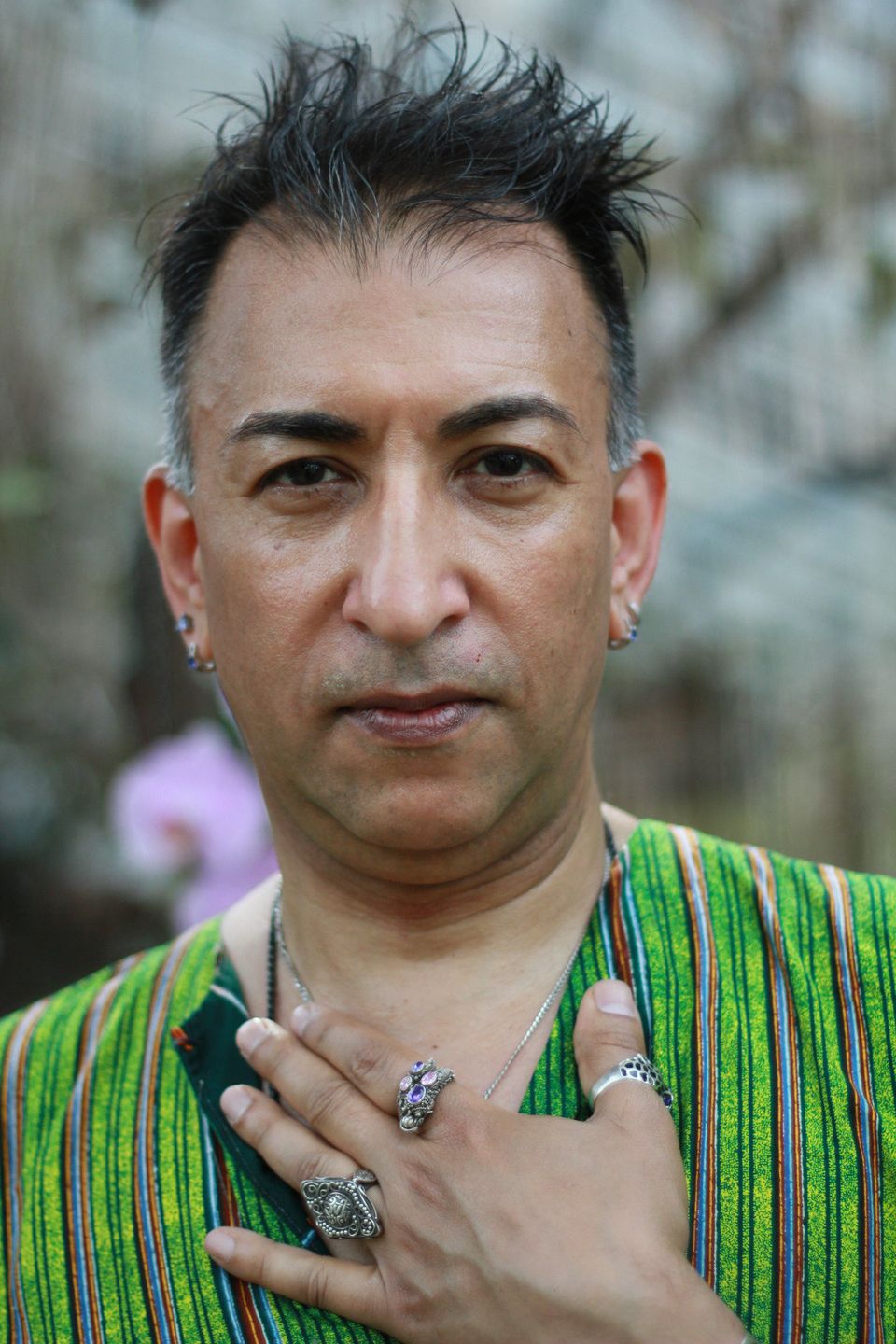