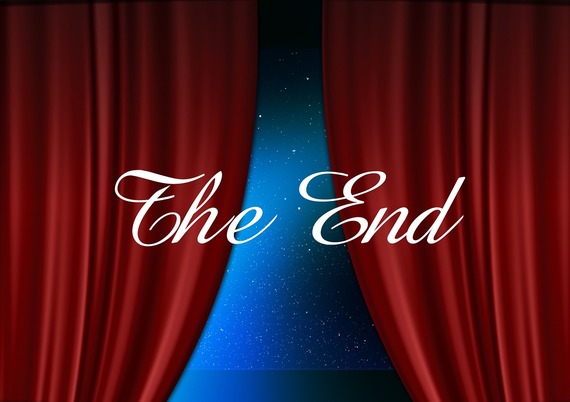 Did you watch so much TV as a kid that sometimes you can't remember which are your own memories and which belong to Greg Brady? No? Just me? Fair enough. After decades of inviting TV families into my living room, I'm really invested in their everlasting happiness. Sure they're fictional, but their stories won't have to end after a series finale. Not when you play my favorite game: hey, think they're still together?

After facilitating the demise of unhappy marriages for over a decade, we at the firm have developed an eye for spotting which couples are solid and which are likely to end up in our office. Call it a blessing or call it a curse, just please don't call to invite us to your next party only to make predictions about your neighbors. This game can get ugly when played in real life so let's just stick to the tube, shall we?

The Nanny - Fran and Max
Still together? NO

When last we saw the Sheffields, they were moving to California with their newborn twins and Grace. Were they destined for that Bower-Micelli brand of marital bliss? They sure started out in a similar setup, but no. Things were fine in California for a while, but then Max's sitcom got canceled. The economy tanked and Max struggled to make a mark on the LA theatre scene. Deep down, Fran still held a grudge over that first time Max said he loved her then took it back and would bring it up during fights over money. Then tragedy struck -- Loehmann's closed. Fran fell into a catatonic state, the house got foreclosed on and Max split back to England leaving Grace to care for Fran and the twins. Every so often you can catch Grace wheeling Fran around a Nordstrom Rack in the Valley and if you listen carefully you can here Fran muttering "It's not the same..." over and over.

Who's the Boss - Tony and Angela
Still together? YES
We never got to see Angela and Tony get married, but I think we can all agree they did. Angela was a modern woman, leaning in from day one, and perhaps would have been happier with a long lasting partnership never officially recognized by the government. But Tony was a different story. His strong Italian Catholic roots likely had him insisting on marriage. Angela probably made some wry quip about how they'd been living in sin for eight years so what's the difference? Tony probably called her Ang and explained how much it meant to him. Angela probably said oh, alright and they hugged while music swelled and the scene faded to black. I'm sure the wedding was at the house. Jonathan was best man. Sam was maid of honor. Mona officiated. It was beautiful! Oh yeah, I guess Billy was there too. But did they last? Yes. Their love developed over time. They started as friends first. They figured out how to live together and how to raise their kids together before romance ever entered the picture. They worked hard at balancing out a power struggle in a unique situation (A man! As a housekeeper! A man!!). So yes, the Bower-Micellis are most likely happily retired in Connecticut right now.

The Cosby Show - Sondra and Elvin
Still together? YES
We'll just leave the Bill Cosby controversy over there on the other side of the room while we talk about the only Cosby Show relationship that really mattered: Sondra and Elvin. Mismatched from the start, right? How did they even get together? Sondra was driven, responsible and no nonsense. Then Elvin came into her life. You remember Elvin? The misogynist who talked Sondra into dropping out of law school to open a wilderness store because their camping honeymoon was so fun? Yeah, why not throw away everything you worked for on a whim? A wilderness whim! Later on they had twins and got their heads back on straight and both went back to school. But did they last? Yes. Why? Because they had busy careers, outsourced their childcare and never saw each other. It was easier to stay married than get divorced and they got to live their lives happily and separately.

Mad About You - Paul and Jamie
Still together? NO
In the finale set years in the future, the Buchmans were separated. Love's rekindled at daughter Mabel's film screening and we're told they lived happily ever after. But did they? Paul left Jamie for being "unkind." I don't think you can ever truly come back from that, spark or no spark. That's a shot right to the gut not a lot of people could move past. I'm sure they tried to make it work for a while but ultimately there too much pain and resentment there.

Family Matters - Harriette and Carl
Still together? NO
The odds were really stacked against the Winslows. Both had stressful careers, Carl an overworked Chicago police officer and Harriette, once an elevator operator, then head of security, then head of sales. They had a full house -- three kids, a widowed sister, a nephew, a mother and later on an orphan named 3J. How could any marriage survive with that many people around? Then there was Urkel who was always barging in, practically destroying the house with his bungled inventions, and endlessly annoying everyone he, or his alter ego came in contact with. Urkel's constant presence in the Winslow home could not have been healthy for the marriage. Taxing jobs, an overflowing house, and the world's worst neighbor: a recipe for marriage disaster.

Boy Meets World - Cory and Topanga
Still together? YES
Do we even need to talk about this? Yes, they stayed together. Duh. Next!

Family Ties - Elyse and Steven
Still together? YES
What a kooky liberal pair. They made it through the Reagan eighties intact so they'd be able to make it through anything. And with Alex off on Wall Street, Mallory married off to Nick, Jennifer well on her way to Oberlin and Andy fading away into thin air as he was a figment of everyone's imagination (a real child cannot age five years in the span of one season, clearly he was an apparition all along), Elyse and Steven had the time and space to recommit to each other. Boy did their love flourish in those Clinton years.

Saved By The Bell - Kelly and Zack
Still together? NO
What a fairytale! High school sweethearts turned college newlyweds! What could go wrong? Everything! Zack kept scheming his way through life, and while the entrepreneur lifestyle was fun for a while it ended in trademark infringement and a brush with securities fraud. While Zack avoided jail time, he did lose the house and both cars. Then to top it off, drunk one night, Zack confessed he had the ability to freeze time, a secret he'd been keeping for his whole life. Kelly was furious. They were supposed to be partners! They were supposed to tell each other everything! She packed up the kids and headed to the Midwest hoping to find a good wholesome man with a stable job, a strong work ethic, no magical powers and a reasonably sized cell phone.

The Office - Dawn and Tim
Still together? YES
Arguing which version of The Office is better is a debate for another day, but it's pretty clear Dawn and Tim lived happily ever after. Another slow building relationship, Dawn and Tim were friends first. They bonded over miserable jobs and everyone knows misery brings people together more effectively than anything good can. Maybe they settled in Slough or maybe they made their way to a better city to live out their dreams. Who knows, but I'm sure wherever they went, they went together.

Now i's your turn! Which TV sitcom was your favorite and do you think think they're still together?