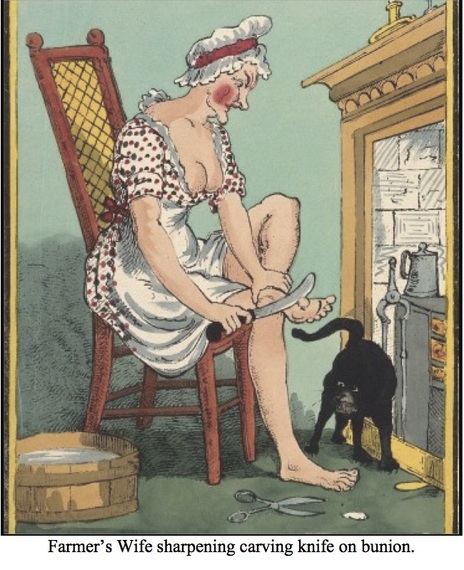 After having their tails cut off by the Farmer's wife, the Three Blind Mice expressed shock and anger when she was released without charges after just a few hours of questioning.

"I have never seen such a sight in my life!" the lawyer and spokesperson for the mice said. "This is an unprecedented miscarriage of justice which never would have happened if not for our culture's pervasive yet unfounded fear of mice."

However, police maintain the case was appropriately handled. "We are not legally required to make an arrest in an assault and battery case," a law-enforcement official said. "Even if we did make an arrest, it would be near impossible to prosecute and convict. Under stand-your-ground laws, the Farmer's Wife was not obligated to retreat before using force in self-defense."

When asked how they were certain the Farmer's Wife was, in fact, acting in self-defense, the official replied, "C'mon, they're rodents! Did you see how they run? If they weren't up to something, why would they run?"

"Poppycock!" the mice's lawyer shot back. "They weren't running after her. They're blind for chrissakes! -- they didn't know where the hell they were running. The woman smells like cheese. Ripe cheese. If you don't believe me ask the Farmer. It was an innocent mistake."

The Farmer's Wife made a single, brief, unapologetic statement to the press, "Yeah, I cut off their tails and I'd do it again. Wanna be next? Just try me."